Home Argentine History Freemasons in Buenos Aires: the germ of the revolution

How much did Freemasons influence the success of the May Revolution? Who was part of the lodge? 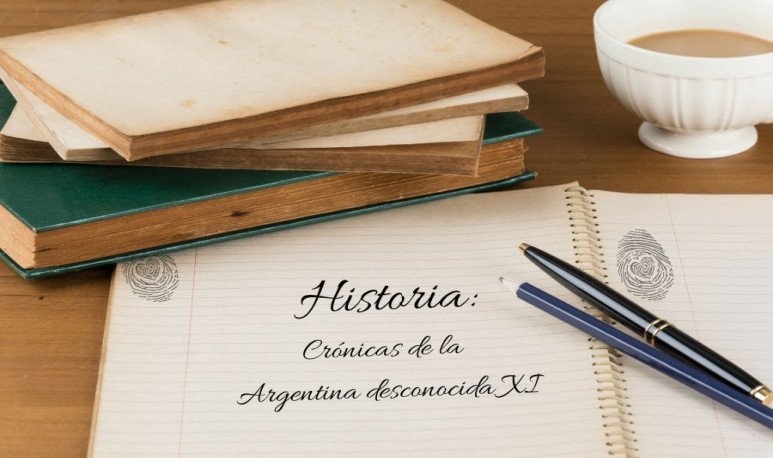 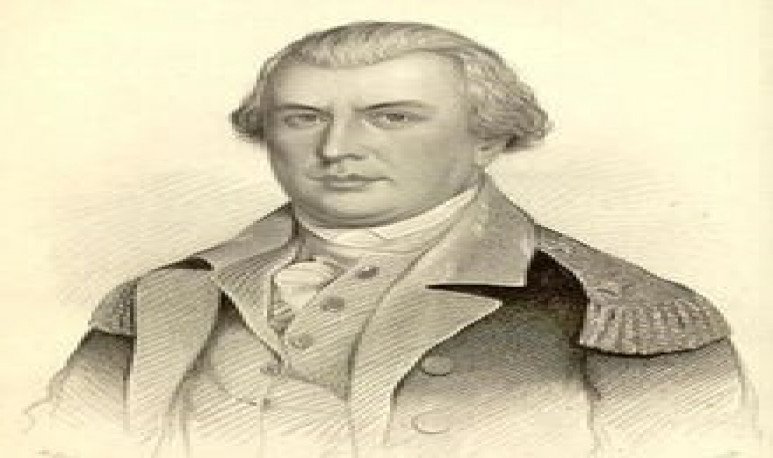 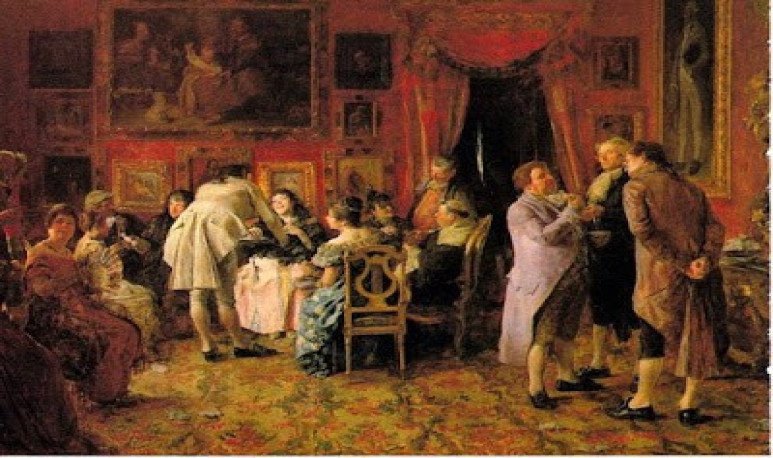 How much did Freemasons influence the success of the May Revolution? Who was part of the lodge?

During the first months of 1795, Buenos Aires witnessed a strange episode. Viceroy Arredondo, troubled by the winds of freedom that came from Europe, questioned in his own home a man whom many called “ the first   revolutionary  .” In the years that had lasted Arredondo's mandate, the city grew noticeably. The old cobblestones of the streets near Balcarce and Defensa ended up extending to Customs. At last passers-by and carts could travel around the area while it rained. In addition, internal security issues led the viceroy to amural the city of Montevideo. He also installed three surveillance camps in the port of Santa Fe. A progressive approach to the stay families of the Río Salado, Cruz Alta, Arroyo del Monje, Barrancas, Bragado and Las Lomas allowed him to conclude certain very favourable agreements with the livestock industry. It was so well that he managed to process a series of support programs for the Spanish crown in order to boost commercial activity.

But their intense management had a goal that went beyond common welfare. He sought to combat any kind of uprising and, taking advantage of the favorable conditions created by his government, took a series of legal measures prohibiting all kinds of suspicious gatherings. That is, events where  revolutionary groups could infiltrate. As the viceroy, he had the privilege of questioning any suspect without having to consult the sovereign of Spain, who at the time was Charles IV.

Surely, this resource made him dangerous for the incipient revolution that emerged within Buenos Aires. Some very particular characters landed in 1788 from Europe: the  Freemasons . Arredondo met them in the battles he had fought for King Charles against France. Owner of such knowledge, he was immediately transferred to Buenos Aires. His term as viceroy began on December 4, 1789. The Spanish crown needed Arredondo in the Rio de la Plata because in May of that year the  Masons  he had  fought ended up burning the Bastille in Paris  . A series of revolutions driven in Europe were undermining the power of nobility around the world.

Freemasonry  had dark origins. It was a group that concealed their methods of entry, promotion and exit. He therefore greatly disturbed those who could not access it. The most interesting thing is that it emerged in the 12th century as a  guild .  The former stonemasons and builders of Gothic cathedrals , for practical reasons, only opened the doors to their apprentices. In French, “ maçon ” means “ bricklayer .” Over time, the formation of these masons became more sophisticated and  Freemasonry  became not only a “career” technical training space, but also a school where universal topics were discussed. After time, taking the character of Lodge, it ended up becoming a refuge for great intellectuals and politicians. However, it was not until the 18th century that  Freemasonry  saw the first revolutionaries of modernity emerge in its bosom. They were able to turn every corner of the world into a Taken Bastille. Every capital could burn like Paris. So powerful became the  Freemasons that, thinking that the British crown could become a danger to the liberation of the New World, they financed American independence and conquered the English in the North Atlantic. Such a story was not sympathetic to the king of Spain, who had banned the  Masonic thought  of Montesquieu, Rosseau, Voltaire and Diderot in all the lands of the Viceroyalty. Somewhere in it, he imagined that Spain and Britain were the only strongholds able to escape the tentacles of that strange hidden power.

On Friday, January 2, 1795, in the port of Buenos Aires, Juan José Castelli and Nicolás Rodríguez Peña received  that alleged Freemason who Arredondo interrogated at home.  He brought a book hidden among his things. He left that book in Castelli's hands without looking it in the eye and followed it long. It was at that moment, between the port riot, that Arredondo's men kidnapped the  Mason . That man was called “ the first   revolutionary  ,” who was then like saying “ the conspirator par excellence  .” But Castelli and Rodríguez Peña, instantly receiving the book, escaped running beyond Customs. Agitated, they reached the forest facing the river. They had in their hands the  Declaration of the Rights of Man and the Citizen.  Written by the  French Freemasons,  it became the manual of the first Buenos Aires independence groups. The Independence Lodge, the Federal Lodge, the Lautaro Lodge in which St. Martin also entered... They all developed when the viceroy ceased to have influence. In his glory days, he obsessed to check the passenger lists of all vessels looking for suspects. Even Manuel Belgrano was once rebuked at the Reception of the Royal Consulate of Spain in the Rio de la Plata, which today can be seen behind Casa Rosada.

Some time passed and the Buenos Aires people never heard of the presence of that possible  revolutionary questioned   in the viceroy's house.  There was a great silence at least until March arrived. It rained a lot that season. The days were unstable. The water sometimes swirled and the soudestada gathered camalots on the coast.  But that March 21, the storm did not give a truce . So sinister it turned out, the water went down to the Rio de la Plata stained with blood. Yes, in front of the river, returning from the Royal Consulate, Viceroy Nicolás Antonio de Arredondo and Pelegrín managed to escape from an ambush. He still kept an important letter that King Charles IV had sent him from Madrid. He moved into his own hands the sealed envelope to the Cabildo almost with veneration. Humidity seemed to wear out the walls of the quarterhouses built around today's Plaza de Mayo. Of the ten guards accompanying him, there were two. Arredondo couldn't waste time.  Freemasons were already everywhere . Maybe they wanted to avenge the “first revolutionary,”  killing and killing themselves for an ideal that was not yet realized.

Once he met his wife in the house on Balcarce Street, he talked to him saying that he preferred to find him a safer place, far from his fight against “ evil .” He broke the red seal of the letter from the king of Spain and, without even sitting down, read every word in candlelight. He was mute. Charles IV urgently asked him to return to Spain. But the  Freemasons  would still be in Buenos Aires. We do not know exactly whether those groups of young people were clearly identical to the  Freemasons  of the French Revolution, but we can say that they were in close contact with those same ideas of  equality, freedom and fraternity  that flooded Paris to the heart of Marseillaise. Now, what was your majesty asking Arredondo? Why come back now, in the middle of the fight against the groups operating from underground?

Paradoxically, Juan José Castelli and Nicolás Rodríguez Peña turned out to be the only ones who knew the answer. It seems that along with the  Declaration of the Rights of Man and the Citizen,   the French Freemasons had attached to the Argentine revolutionaries   a secret copy of the report of the king of Spain  . The news was shocking. London would support Madrid in its fight against France by bringing ships to Buenos Aires. Arredondo would leave the continent. The English wanted a more docile viceroy instead.

The viceroy resigned by order of Charles IV and died in Spain in 1802, four years before the English invasions. The viceroys Melo, Olaguer and del Pino were surprisingly useful for the purposes of the English .  Britain was not able to respect the deal with Carlos.  What was originally a support for the Spanish crown became an invasion from 1806.

If you want to read the previous releases of the Chronicles of Unknown Argentina, click on the following links:

I A  rgentina: the story we don't know

II Did you know  that we live in the kingdom of Milodon?

III L  to the university of prehistoric hunters

V L the best preserved mummies in history are in Salta

I saw the empire where the sun did not set

V  III Elcano vs Magallanes: in 2019 there are five centuries of doubts

IX The voices of the angels