Home Argentine History Felix Paz, governor of the end of the world 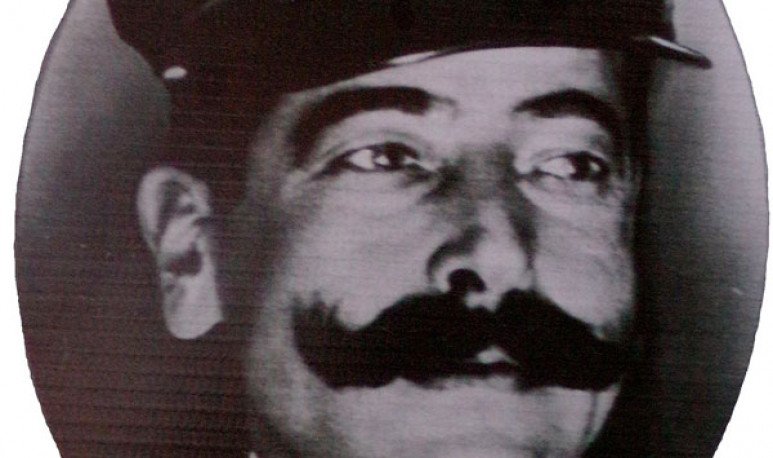 Felix Paz was the first governor of the national territory of Tierra del Fuego , Antarctica and South Atlantic Islands . At the age of 25, he was appointed to that position and carried out his role with great responsibility.

Born in  Tucumán  on July 26, 1859, after the death of his father, his mother decided to move to  Cordoba . At the age of 17 he began his military activity in the Navy.  As a member of the force he participated in  the desert campaign  and his career was always on the rise.

On November 25, 1884 , he was appointed governor of the southernmost national territory and 15 days later asked to move to Tierra del Fuego to make a preliminary study of the place that awaited him, choose a seat for the capital and propose an administrative division.

At that time, only in  Ushuaia  had some people started to install . There lived about 50 employees of the sub-prefecture, about 30 sailors and four families, which would add about 15 more people. The population at that time was completed by an indefinite number of yagans.

In addition, 35 head of sheep, 85 head of cattle and grass had been counted.

In February, already installed in Tierra del Fuero, Paz organized an expedition from Ushuaia to Lapataia, Gable, Picton and the bays Aguirre, Buen Suceso, Thetis and San Sebastián. After the mission he proposed Ushuaia as the capital of the territory and the creation of the departments of San Sebastián, Buen Suceso and Ushuaia.He also reported the presence of gold in Cabo Virgins.

Construction began in 1886, like the first Government House. However, the  harsh winter  complicated the buildings and an epidemic took the lives of a large number of yagans.

The story tells that, in August of that year, a second expedition was organized. On that occasion he landed in San Sebastián, in order to recognize the territory and the indigenous tribes that lived there. The entourage was composed of a native, with the aim of acting as an interpreter and ensuring that Paz and his men were in peace.

The interpreter went out in search of the indigenous people and, while he was away, 29 men headed by a chieftain arrived. It was a tense and rare moment, according to the prefect Luis Fique, who accompanied Paz in his writings. After generating a climate of trust, the governor and his men, unable to communicate clearly, danced, laughed, formed chains with their hands with the inhabitants forming a bond of respect

An arrival that would generate problems

Months after the second expedition, with confirmation of the presence of gold in Tierra del Fuego, Romanian Julio Popper arrived on the island , looking for metal, settling in the first gold mining establishment, El Paramo.

Popper didn't just come to search for gold, but he also became a sort of paramilitary leader who took charge of exterminating the native communities.  The relationship between Peace and the foreigner became increasingly tense, and some problems associated with the management of a territory as far away as the Fueguin were worn out by the sailor.

The governor went on to challenge Romanian to the repeated counterpoints between the two for the methodologies to populate the island, but friends who both had in common prevented it from happening.  Despite having been ratified by the central power, he decided to step aside in 1890: “If it is impossible to continue to perform with the efficiency that the people require in the functions of Governor of the Tierra del Fuego, I have the honour to submit the unwavering resignation to the expressed charge”, said Paz.

Popper, meanwhile, continued to accumulate power, although in 1093 he was found dead in suspicious circumstances in Buenos Aires in a hotel.

He continued his career

Far from ostracizing, Felix Paz continued to provide his services. After leaving the Fuegian Government, he was head of the Cordoba Police and a year later he joined the Observatory in that province.

In 1896 he returned to the Navy, promoted to frigate captain and provisionally assumed command of a coastal artillery battalion. The following year, he joined the river fleet in El Plata and in 1898 passed to the Ministry of the Navy. They say that throughout his life he sailed 2280 miles by sea and 4065 by rivers.

On 14 April 1904, at the age of 44 , he died in Federal Capital.  One of his last wishes was that his ashes be thrown into the  Beagle Channel .  It was not until February 2010 that two granddaughters and a great-granddaughter managed to fulfill their yearning, in an emotional ceremony.