Pioneer compatriot who wintered in Argentina's Antarctica, José Maria Sobral was also among the first to understand the country's White Destiny. 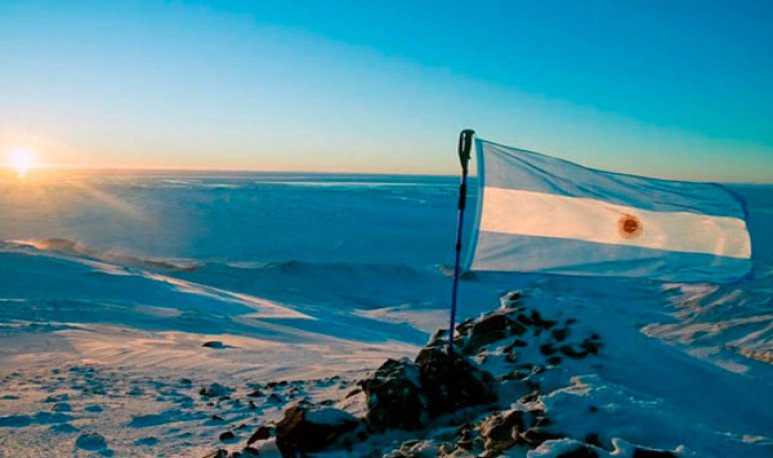 Until well into the sixties, Ensign José María Sobral was a perfect stranger, who in February 1902 became the  first Argentine registered to step on the Ant& aacute; rtida and spend two long years   .   Only his death revived a trajectory, which although known by ear, subtracts a greater dimension of who was also the first university geologue, and one of the highest authorities in oil. Or a man who in the early 1920 advocated solitary non-polluting hydroelectric investments, rather than the search for other sources of non-renewable energy. Or he was a staunch defender of Argentine strategic resources from his position in the National Directorate of Mines, Geology and Hydrology.  It is true that the feat of the nine hundred provided him with a momentary rutilating fame but it was also a burden because only the anecdotal aspect was praised, and not the importance of the scientific expansion and effective occupation of the White Continent by the Argentines.  . Such is so that the Argentine Navy's refusal of a licence without pay for studies forced Sobral to a heartfelt loss of the weapon in December 1904, and mediocrity and envy continued in time, when the ensign retired in 1935, and the force denied his retirement from the two years of the Antarctic gesture because it was not “embarked”.

Sobral would be “embarked” on one of the largest missions of the National Navy . The geography congresses at the end of the eighties aimed at the last confines to explore, the still untamed South Pole. Several countries began the “Heroic Age” of the conquest of the so-called White Desert and Sweden, with a vast tradition of sailors and scientists, aspired to reach the geographical pole on a land expedition.  With mostly private funding up to Buenos Aires in December 1901 the Antarctic under the command of Otto Nordenskjöld, a minerologist and geologist who had already worked in Tierra del Fuego in 1895. Rapidly Perito Moreno and Lieutenant Horacio Ballvé, who worked on scientific recognition of the South - and on the dangerous territorial issues that almost led to a war with Chile the previous year - warn President Roca of the geopolitical importance of including a national representative in the crew. For them they chose Ensign José María Sobral,  a 21-year-old young man who recently left the Naval School, had a long experience, including the first trip of the Fragata Sarmiento in 1899. For Sobral, born April 14, 1880 in Gualeguaychú, Entre Ríos, sons of Basques, was the perfect opportunity to fulfill his dreams of adventure and exploration in the manner of Emilio Salgari's novels. This was recommended by ship captain Betbeder, who knew his knowledge in oceanography and his operating conditions, and was welcomed by the Roca ministers but,  in principle, he was not to Nordenskjöld's liking. Everything was unstrapped as soon as the ensign stepped on cover , “On December 17, in the morning, I saw for the first time the then Second Lieutenant Don José M. Sobral. I found it so simple, so nice, so enthusiastic and so brave, that leaving aside all my hesitations, I decided to admit it definitely, and the same day the question was fixed,” the scientist would say later, in a relationship of admiration mu which would last decades, both would share studies and lectures.

They finally set sail on December 21, 1901 towards the unknown, although they had to overcome a port strike that almost ruined the pompous departure. The  Antarctic  crew was made up of Swedes and Norwegians. The group that would winter in the Antarctic Peninsula was integrated by Dr. Nordenskjöld as head of the expedition; Gosta Bodman, meteorologist; Carl Skottsberg, botanist; K. A. Andersson, oceanographer; Axel Ohlin, zoologist; S. Ekelof, doctor and S.A. Duse, cartographer.  And an Argentinean, Ensign Sobral . They went to Puerto Argentino and New Year Island to calibrate devices and add supplies and dogs, and on January 15 Argentine waters were sailing in the Weddell Sea, “I called Stokes -an American painter, also embarked in Buenos Aires, and who left paintings and photos of remarkable historical value- & nbsp; so that I can transfer to the canvas that most beautiful panorama, admirable in its whole and in its details, but I thought those are tones that the most skillful painter cannot reproduce; they are tones so full of beauty and harmony, that I wanted at that time to be a poet, to sing hymns of praise to that nature how profusely adorned was presented in those icy deserts; he wished to be a musician, to look for melodious chords comparable in his harmony to the inimitable painting he had,” he wrote in his diary from the first sight to Antarctica.

On 14 February 1902 Nordenskjöld and Sobral disembarked on Snow Hill Island and remained throughout the winter with meteorological observations, biology work and various geological surveys.  Sobral was in charge of the record of magnetronomes and meteorological instruments in strenuous days, for which I was not well equipped, “The gloves I have used so far are like almost all my equipment absolutely unsuitable for this climate and as these days a tour is projected. Oacute; n sleigh, I had to make some that respond better to the requirements of the cold. For that I have made them of guanaco leather, lining them later with sail canvas, I think they are not the best I can happen with them more or less well,” he wrote in his diary,  the  first Argentine record of life in Antarctica.

The shelter had the design of the traditional Swedish cabins, the walls were double, formed by boards half an inch thick and its exterior, just as the roof was covered with embered cardboard. It could comfortably accommodate the six people who made up the expedition and protected them from the inclement Antarctic climate; this type of cottage had already been used with excellent results in the winter season of Greenland. And yet, “in all parts of the house, despite the double walls and paper linings, moisture prevailed; on cold days, on the wall up to fifteen centimeters from the ground, a thick mass of ice adhered. In the evenings it was necessary to sleep in a fully dressed bag,” he added while the days became weeks, weeks months and finally two years. They did not know that the  Antartic , a ship planned for the return, had sunk and his crew survived hard trying to make contact with them. Something that miraculously happened when continuing with the recognition of the territory — one of the Argentine coasts is called Nordenskjöld — on October 12, 1903 they met with survivors of the shipwreck on the island of the Devil.  And the miracles would not end there because when Coberta ARA Uruguay arrives in the famous rescue mission, not knowing where they could be alive or dead, they find the first days of November on Seymour Island -today Marambio- a poster “  Andersson - Sobral october 1903"

“I would like to go back for several years to enter the icy regions,” he would write in the mid-forties, at a time when he asked the government to return with all its scientific knowledge, and polar experiences, to work in Cerro Nevado, “I would like to hear again in that silence of death the noise of the snowdrift, the whistling of the wind and snow on the flanks of the tent; I would like to have to rub my hands with snow to bring them back to life, and to march to the side of a sled pulled by twenty dogs to plant the pavilion of the homeland beyond the 80th parallel,” he would finish.  Sobral can never go back to his beloved Antarctica.

Bitter return for a patriot

In December 1904 Sobral is given under the Navy. An exact year had passed that was received in andas, tapas and notes in newspapers and magazines, congratulations from  President Roca,  and now he was going to Sweden by the back door. oacute;? Sobral thought ahead of his time that the military career should be merged with scientific preparation, perhaps stimulated by the long hours surrounded by nature to be discovered, perhaps because he knew that sovereignty was exercised with tools.  But the Navy did not think the same thing and, faced with the disjunctive of studying scholarship philosophy and geology at the famous University of Uppsala, sadly leaves a promising military career,  Sobral, the first Argentine to lived and studied Antarctica Argentina. Doctorate with honors in Sweden decides to undertake the return to his homeland in order to apply his knowledge, the first university geologist.   He enters the brand new National Directorate of Mines, Geology and Hydrology in a minor position and quickly excels in campaigns in Misiones (there he befriends Horacio Quiroga), La Rioja and Mendoza.  President Alvear names him director, and Sobral promotes the first mining law, and  President Yrigoyen  includes it in the national oil plans of General Mosconi, Sobral an eminence in petrology. With the coup of 1930 he was exonerated, under false administrative positions, and appointed consul in Norway (sic)

He returned in 1932 to work at Yacimientos Petroolíferos Fiscales and retired in 1935. His biographer Destefani tells that when he narrated his polar adventures, to his office mates, few believed that this man would tell the truth. Once he was retired, “my father is dedicated to touring the country doing geological studies and giving lectures on these issues. I always accompanied him, he was like his personal assistant. I took him the slides, the maps, the folders. He always told me that Antarctica had to be occupied peacefully,”  his son Alvar recalled in diarioelargentino.com.ar in 2009.

Dr. José María Sobral wrote several urgent current books, among others, “El futuro de nuestra armada”, “Problems of the Southern Andes”, “On geographical changes”, “The Argentine-Chilean Frontera in the Beagle Channel” and “Two years among ice  ”. In 1930 it was declared by the Hispanic Society of New York, the largest sage geographer in the Southern Hemisphere, and in Sweden, scientists called the mineral pyroxmangite discovered in 1913 “Sobral”.

In the forties he also collaborates with the newspaper Crítica en columnas on national defense. Shortly after turning 80 he was able to make a short trip in the Corvette ARA Uruguay through the Rio de la Plata and received a medal from the Navy. Until the end of his days on April 14, 1961, he held the urgent need for an active policy in Antarctica, protecting sovereign resources and territories, and expanding the borders of knowledge.  Something his grandson   Pedro Sobral fulfilled in 2009 when he was one of the scientists who discovered a large fossil site in Antarctica.

“Man should never be content with the victory acquired”, closed “Two years between the ice”, and called things by name,” success should not only not obfuscate him but should give him new encouragement to attack the most difficult, because precisely in that lies the pleasure of life & “, sentenced Ensign Sobral, advanced in Antarctica, and scientist of the true Homeland Grande.

The Argentine granddaughter of Napoleon