Home Argentine History Corrientes, with the wings of autonomy

Documents of the Correntino council of the sixteenth and seventeenth centuries represent a town that has always been planted to power in turn. 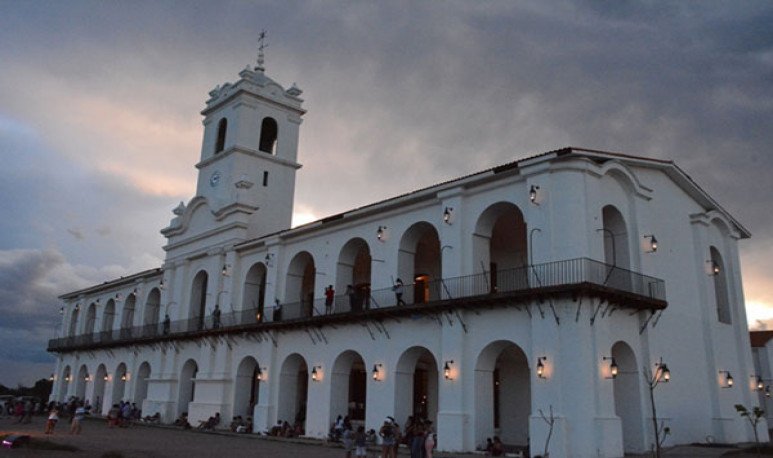 “Dn Phelipe by the grace of God, King of Castile, Leon, Aragon, Two Sicilies, Jerusalem, Portugal - continues the long list of domains of the powerful Spanish Empire in 1627... and Don Francisco de Séspedes, our governor of the provinces of the Rio de la Plata... seen from experience and understood by the causes that have been brought from the Royal Audience the inconveniences that result with the time shelves and abitants in the city of the government of the Rio de la Plata that in them aya e be placed lieutenants who are not neighbors and inhabitants of the cities because of the great poverty who they alas and who are outsiders destroy them and annihilate them more by abiding to sustain and want to enriqueSer with the benefits and for this they cross and align themselves with the deals and hires” request the neighbors in Correntinos defending the interests of their city, rather a town of 40 families, when it was one of the precious postas between the two rival cities of the moment,  Buenos Aires and Asunción.   Corrientes   depended on the Buenos Aires government  and participated with men and means, along with Santa Fe  , in the trade of cattle, and mules, towards Upper Peru and Paraguay. They could spend more than 10,000 heads per month, mostly wild, and they were captured in the coweries. Other regional products such as Cuyano wine were also traded in the  Corrientes  posta de Corrientes, or imported products that smuggled into the port of  Rio to la Plata  , and exchanged for yerba and tobacco, largely from Jesuit missions.

In this second decade of the century, Asunceños began to lose ground in the face of the intensification of commercial trade, and realistic military interest, which is deposited in  Buenos Aires and the Argentine coast . For this reason the Correntinos begin to assert their voice and would finally get the porteños to respect their representatives.

Mixed and liberal origins of the City of Vera

So called in honor of its founder, the advance  Juan Torres de Vera y Aragon.   The    City of Vera de las Siete Corrientes , which responds to the particular geography of its coast marked by seven peninsulas, had as its main objective to be a simple port for navigation between  Buenos Aires and Asunción , and a posta within the vast Viceroyalty of Upper Peru. However it acquires its own weight. Perhaps because the scientists have men and women who came to found the city in 1588 were the best in Asunciña society. Or that during the first few years, the council will work with an unprecedented number of mestizos, and Creollos, something that would give a distinctive profile to other, more submissive colonial institutions, and little committed to the  American reality.

Such an emancipated commitment can be read just ten years after the foundation, when the  Correntinos  ask  Tomás de Garay  , son of Buenos Aires founder Don Juan, and Attorney General of the Rio de la Plata, the freedom of choice and actions of his lobbyers because “hassles that the governors and their lieutenants have done to them... the capitular neighbors have not had livertad in their cabildos and settlement of the things that suit the republics... of the dhos governors and their lieutenants have no taste, or do not want it to be dealt with” denounce defiantly to the authority representing Viceroy  Luis de Velasco Caballero .And in fear of the reprisals of the rulers of a violent colonial regime, as well represented by the hard hand of the  four-time governor of the Rio de la Plata, the Creole Hernandarias , the Correntinos request that their lobbyists “not be noticed in any way...any part or be prevented from keeping the said elections to vote freely for the people who are meritos and who conbend for the government of that public faith... that you freely leave their offices to the capitulars... or to urge them to go out for any party and do not impede or hinder or dejaries so penalty”. Only the mestizos, who had participated in the first cabildo Correntino, were those who would suffer in subsequent decades of “pressure” because they were considered inferior.

Go back to Corrientes!

Recalls the historian Antonio Castellano of the difficult early times, “the population had to endure moments of enormous danger and great misery due to the attacks of the aborigines who wanted to shake the yoke of the entrusts... due to the tremendous shortage, the council orders to make a depocommon of them, in proportion to what they took to the enemies, in order to distribute it to the poor... many settlers did not endure that continuous tension and fatigue led them I will emigrate... the nothing auspicious news alarmed governor  Juan Ramírez de Velasco ,   who moved to Vera -Corrientes- for the purpose of changing the place of the population... but I came to the conclusion that place where the population was in unbeatable, and on the side of September 6, 1596, ordered “to return to it the neighbors who abandoned, on the penalty of losing their solar and chakras if they don't return. And they build in six months.” It then took measures to ensure the protection of the population, carried out a rapid campaign against hostile indigenous people and strengthened the garrison with soldiers and weapons. The attacks stopped for a while. And optimism was reborn in the inhabitants,” he concludes. Once there the miscegenation, a custom brought  from Paraguay by Governor Irala , begins to print on the children of Correntinos a line founded on the confluence of Spanish and Aboriginal blood. A few years later, the  Seraphic Order and the Mercedary  Order will undertake the —often violent—cultural and religious approach.

The indigenous peoples of the region, the Guarani, were fighting against the entrusts and mytes, both systems of slavery, and wreaking havoc on the native population. It is estimated that half a million Guaraní, who lived from southern Brazil and Paraguay, and along the Argentine coast to the Rio de la Plata, remained only 30,000 in the first fifty years of the Conquest. And despite the ordinances of a new colonial legislation on a slightly lighter servitude, promoted by  Governor Hernandarias , and the order to recruit indigenous labour in better conditions, the yerbatereros benefits (1629), the truth is that little change in a context of abuses, scourges and extermination. And that little changed if they were on the side of the Spanish crown or the Portuguese crown. Among the factors that accelerated this genocide we can locate regular epidemics, famines, loss of access to the multiplicity of natural resources, and the increase in labor that kept them away from their villages — forced them to transport cows and yerba mate through jungle rivers and deserts in Puneño, kilometers and kilometers badly handed - One of the great reasons for the demographic catastrophe was also the delivery of a large number of women to Spaniards in assimilation policies driven from Asunción. Although for the future  Argentina  this will be the seed of his mestizo heart, for the purposes of the original peoples it caused almost its extinction.