A Paraná fisherman found traces of chains that would have been used in the Battle of the Volta de Obligado. 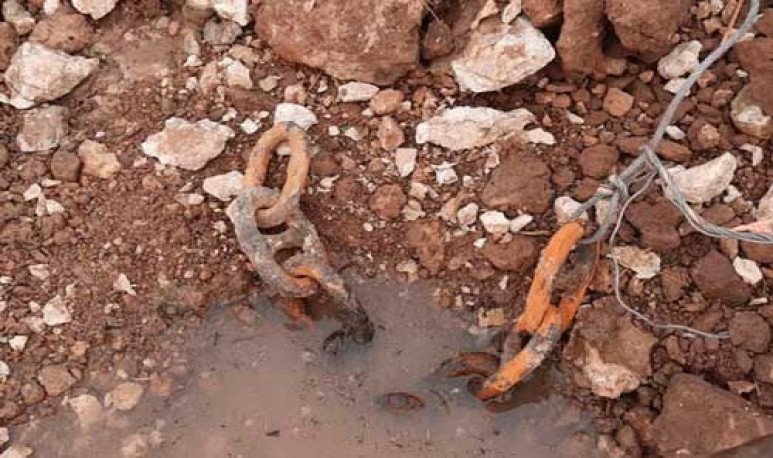 In the wake of the historical  downhill  of the Paraná, a fisherman found pieces of some very particular chains. Although they are being studied,  they could be remnants of the containment ordered by General Mansilla in 1845 , to curb the enemy advance in the Battle of the Obligatory Turn.

One of these morning months ago, with the Paraná River on a historic downhill, Jorge López moored his boat on the beach.  Looking towards the bed of the bed of the bed, he observed fragments  of chains. Pulling them, he found several more links, part of the same line. Those who know suspect they were placed in 1845! Nothing less than for  the Argentine troops who had to fight the Anglo-French  in the  famous Battle  of the Vuelta de Obligado.

At that time, the main Argentine fortification was in the Vuelta de Obligado. There the river is 700 metres wide and a steep bend made sailing difficult. The Argentine troops were led by Lucio N. Mansilla , who had three thick chains that weighed more than 9000 kilos. The chains were extended from coast to coast, on 24 boats, with the intention of stopping the landing of the ships. The operation was mainly carried out by an Italian immigrated to Argentina by the name Aliverti.  Apparently the finding would coincide with what was placed by the national troops.

It's not the first time.

Already in March 2013, six  links  and a shackle were found in the area. At that time, historical researchers determined that it was a fragment of the chain used in battle. On that occasion, members of the Conservationist Group of the Palaeontological Museum of San Pedro reviewed the finding. Headed by the specialist José Luis Aguilar,  they confirmed that the fragments found belonged to that historical defense that  occurred on November 20, 1845. Regarding this last finding, the specialists highlighted the fact that the chains are ten meters from where they were tied in the monolith. They have the thickness that Mansilla indicates in his notes and the oxidation that corresponds to the objects that have been submerged linked to the battle.  They're also hanging embedded in the rock, on the river wall . According to one of these paleontologists, by the downstream of the river, this is an ideal time to remove the chains that are attached to the ravine. And he remembered the  nearly one meter stretch, almost the same, that was found by another fisherman in the same area . Surely, the pieces will remain in the museum's custody so that all  neighbors  can appreciate them.