Cesar Milstein produced a revolution with his research. He won a Nobel Prize for his work. 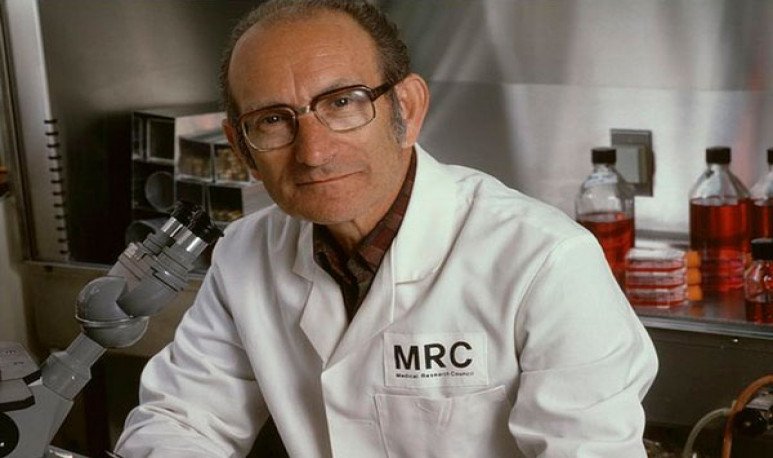 One feature that many of our great men and women share is their  humility . What moves them is passion, it is love for what they do, without expecting great glories or recognitions. They go through the history of humanity trying to contribute their bit to make the world a better place. With no ambition but to give your best. Someone who undoubtedly meets all these characteristics is  César Milstein, one of our  five Nobel laureates .

Let's start at the beginning. Cesar Milstein was born into a Jewish family, in  Bahía Blanca , Buenos Aires province, on October 8, 1927. His father was Lazarus Milstein, a Russian immigrant who served as a trade traveler, and his mother was Maxima Vapñarsky, a school teacher. He was the second of three brothers and, as they say, the most rebellious and mischievous.

Another characteristic of great minds, perhaps, is that they feel they were born for that. As if they had come into the world with a clear purpose, which is manifested to them from a very young age. In the case of Milstein, the first revelation came from the hand of a book.  When he was about 10 years old, he received as a gift   The Hunters of Microbes  from Paul de Kruif,  a book that covers the biography of some of the most famous microbiologists. It was a before and after in his life.

The second sign was even clearer. One day, a cousin came to visit Buenos Aires. He worked at  the Malbrán Institute  and, during dinner, commented on the experiments they were doing there. Young Milstein made it clear: that he wanted to devote himself to the rest of his life. After finishing high school,  he studied at UBA, where he received a chemist and then got a doctorate . Eager to acquire knowledge, he went to find a place in  Dr. Bernardo Houssay 's research team. Since he had no vacancies, he recommended it with  Dr. Andrés Stoppani , who had trained with the former. That was how Stoppani would become his great master.

Milstein was always a great thankful to the  Argentine public university  . However, there was another country that would become his second home, and where he developed his most important research:  England . In 1960, he obtained a scholarship from the  University of Cambridge , where he conducted his postdoctoral research under the direction of molecular biochemist Frederick Sanger, one of the few people who received the Nobel twice, in 1958 and 1980. He soon returned to Argentina, where he was offered the position of  head of molecular biology at the Malbrán Institute . However, the experience lasted shortly. With Guido's military coup, which dismissed President Frondizi, Milstein — Jewish and Communist — felt that Argentina was no longer a suitable field to continue his work.

His destiny was once again Cambridge, by the hand of Fred Sanger again. He joined his team and began to specialize in the study of antibodies. In 1975, together with his German colleague  George Kohler , he published a paper in  Science  magazine in which  monoclonal antibodies were known. It was a finding that produced a revolution in the process of recognition and reading of cells and molecules foreign to the immune system.

Finally, in  1984 , the long-awaited prize came: October 15 of that year, he received the  Nobel Prize in Medicine . He was the last Argentine to be awarded  so far . It is, to this day, one of our greatest national pride.