Home Argentine History Carlos Maria Moyano, the man who set the course of the history of Santa Cruz

Carlos Maria Moyano was the first governor of the National Territory of Santa Cruz. 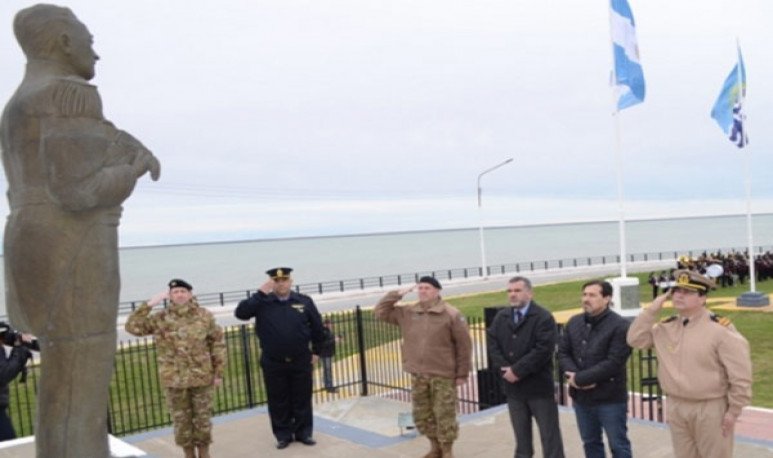 The province of   Santa Cruz  had in its beginnings a man who set the course of history not only for that sector of the  Patagonia , but for the whole country: Carlos María Moyano . Marino, explorer, cartographer and first governor of the then National Territory, did everything in his power to achieve the development of that piece of land that no one had yet encouraged to travel.

He was born on November 4, 1854 in  Mendoza  , although his family came from San Juan. His first years of life were marked by the tragedy, as in 1861 his father and three brothers died after an earthquake that ravaged the capital of Mendoza. As if that were not enough, two years later, Moyano would suffer the loss of his mother. He was raised, along with his brother, the only one who survived the times of misfortune, by his uncles, until  the Government of Mendoza awarded him to study at the National College of Buenos Aires.

However, already at that time he knew that his instincts would lead him on the right track, and he changed course to go to  Rosario : there he was an employee of commerce and also an incursion.in journalism to enroll in the  Navy  at the age of 19, where he became a trusted man of commander Martín Guerrico who, it is believed, was the one who suggested him to travel the shores and lands of  Patagonia  .

In the seventies of the nineteenth century he arrived in Buenos Aires, there from 1876 he began to serve Commander Luis Piedra Buena in the  Goleta Santa Cruz , where he would begin his most important participation for national sovereignty. It was then that he departed for the distant  Isla Pavón and  began with his expeditions and also diplomatic deals with the inhabitants of   Tehuelches    achieving the extension of the Argentine territory in coexistence with the indigenous peoples.

Together with expert  Francisco Pascasio Moreno  , they went up the Santa Cruz river and entered the -and baptised -  lake Argentinean   .  The expedition also reached Lake San Martín and Lake Viedma, which, through the Leona River, joined with Lake Argentino. After this trip he returned to Buenos Aires to deliver the reports in person.

A year later he returned to Isla Pavón and continued to weave ties with the Tehuelches and in 1878 he explored on horseback the spring of the Chico River. He continued to travel and get to know the region, as he began to promote sheep husbandry.

In 1884 he was appointed as the first governor of the National Territory of Santa Cruz.  At a time when  Nicolás Avellaneda  claimed that “governing is to populate,” Moyano had clear the goal and necessity of colonizing the territory, while at the same time he understood from the beginning the strategic importance of Patagonia , whose sovereignty was in dispute with Chile.

In 1885 he summoned the Salesians to include them in his draft Government. With them he forged a great friendship. It also continued to promote livestock husbandry and agriculture in order to attract settlers. He added head of cattle brought from the north and also from the  Falkland Islands . There he met Ethel Turner, niece of the then governor of the islands, with whom he married.

With his deteriorating health, he decided to leave the Government of the National Territory of Santa Cruz in 1887  and in 1905, based in Buenos Aires, he retired from the Navy. Five years later,  on October 7, 1910, he died in Federal Capital . His death went unnoticed despite its great importance in the history of national sovereignty. Its remains currently lie in the historic Puerto Santa Cruz, the first capital of the now province.

A man who understood the strategic importance of Patagonia, who forged a relationship with indigenous peoples to avoid bloodshed, and who saw livestock activity as a pillar for the productive development of Santacruce. Carlos Maria Moyano is one of the great men in the history of Santa Cruz.