What can we say about Manuel Belgrano? He was a great military man, created the cockade, the flag and, in addition, represented the “quintessence” of the Lodge Lautaro 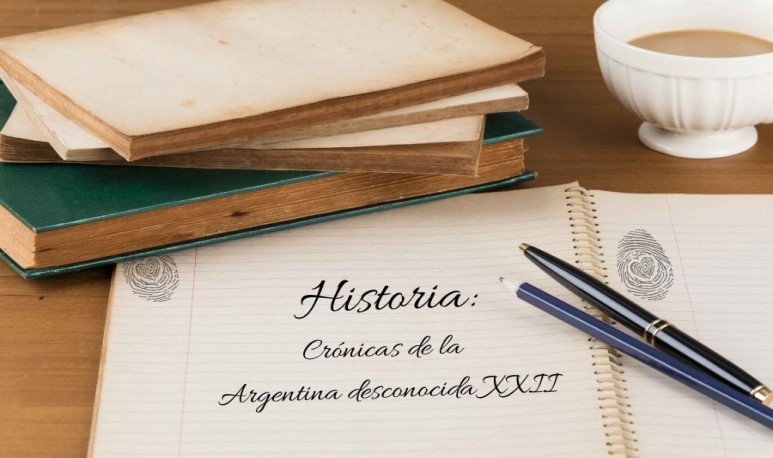 General José de San Martín's  struggles helped liberate Chile, Peru and Argentina . But there was another man with a widened hair, awake look and a kind smile. His legacy was as solid as that of the Liberator.   Manuel Belgrano   's revolutionary impulse was running through his veins. Their presence was decisive in the Northern Army to bring the region to an increasingly oiled process of territorial and political autonomy. By 1816, both heroes wondered whether it was not time to proclaim the independence of the  United Provinces .

Just a year earlier, the Board of Directors was established in  Buenos Aires  to replace the  Second Triumvirate  . Carlos Maria de Alvear assumed for a short time, enough to send  Bernardino Rivadavia  and General  Manuel Belgrano as ambassadors to Britain. We don't know why such a variable could then suit America. Probably the opposite speeches of both men, had for Alvear a greater goal that today escapes us.

The truth is that those talks with British politicians had a surprising result. It is true that  Rivadavia  became more convinced than ever of his “  Europeanist vision  ”, but Belgrano developed a different scheme. He had already talked about his plan at  Rodríguez Peña 's house, although on this occasion he was absolutely sure what he was saying. In contrast to  Rivadavia , he developed a theory he passionately defended until the last moment of his life. The “ parliamentary incanato ” shook the provincial deputies.

Then, a few days before that July 9, 1816, he spoke in  Tucumán  before the representatives of the people of the United Provinces. He did so vehemently, hoping to get full support from  Congress .

He asked the deputies, when declaring independence, to take into account a direct descendant of the  Inca   Túpac   Amaru  to appoint him king. It seemed crazy. However, the heir of the Inca had already been identified.  Belgrano  's theory suddenly became a reasoning worthy of analysis. Broadly speaking, it consisted of establishing a “ parliamentary monarchy ” of indigenous origin. The goal would be much more than decorative. It was necessary to give a fraction of the prominence to pre-existing American kings, forgotten and mistreated by the successive abuses suffered since the discovery.

Perhaps it was the quintessence of the elucubrations of the  Lautaro Lodge  . Agreeing with the former inhabitants of the incanato could result in an alliance with Bolivia and Peru. Strengthening the identity and merging of the armies of the Southern Cone of America would put realistic troops in a very difficult situation.

The Holy Alliance dominated the European horizon. This was a kind of pact between Russia, Prussia and Austria in order to fight the rebounds of  Bonapartism .  Ferdinand VII , after  Napoleon  's fall in Waterloo, established  monarchical absolutism  in Spain.

Faced with such a panorama, the South American possibility of allied with the former warriors of  Túpac   Amaru  seduced some of the provincial representatives in
Tucumán . However, the “ parliamentary   incanato  ” never managed to establish itself in the ideology of continental policies, much less among the leadership of the United Provinces.

It was shortly after those events that   Manuel Belgrano   fought again in the Litoral. Tired, sick and disappointed, one day he decided to travel to  Buenos Aires . Something was going on with his friends. The   Lautaro Lodge   seemed to have vanished. The former members of the Order were isolated and shaken by the loss. What was going on? Where had they all been?

“ Down with the Lautaro!” , youth political groups were heard saying that they were sometimes passing in front of  Belgrano  's house in Montserrat. That man whom they ignored, had created the  national pavilion  in 1812. He used the colors of the cockade he himself had institutionalized to differentiate the independence soldiers from the Spaniards.

He was General of the Northern Army, winner in  Tucumán,   Salta   and Las Piedras  , as well as becoming a great politician and diplomat.What else did the United Provinces need to honor him?  Belgrano  left this world a cold June 20, 1820, plunged into absolute poverty and far from power  .

No one talked about him during that year, because a new civil war had been unleashed. Now the stage was the province of  Buenos Aires .  This conflict would lead  Martín Rodríguez  to become Governor and  Rivadavia  into his Chief Minister .

Perhaps these avatars made it pass almost forty years to firmly say his name again. Then  Bartolomé Mitre  recovered the forgotten figure of  Manuel José Joaquín del Corazón de Jesús Belgrano  and finally addressed a biography. Despite everything, they had to spend another sixty years to honor their legacy. Only in 1938 was it possible to establish the day of his death as the one chosen to remember the creation of the flag of the Argentines.