Archaeological studies conducted in Patagonia determined that the first inhabitants of our country arrived approximately 13,000 years ago. 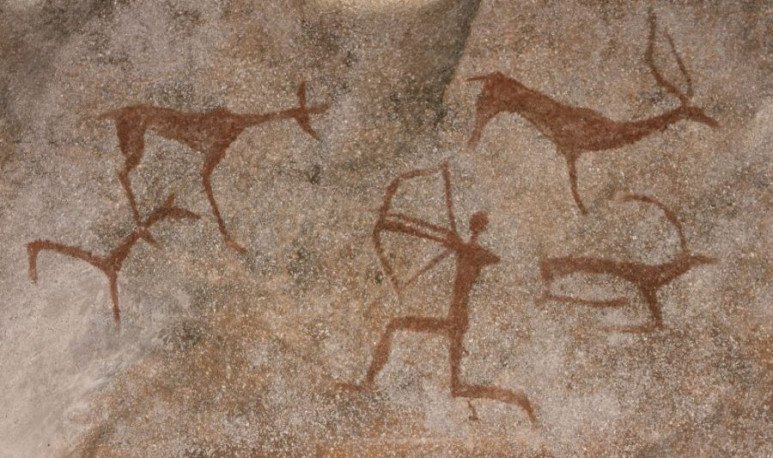 The first population record of the current Argentine territory dates back to the 12th or 13th millennium BC , according to the paleontological findings of Los Toldos y Piedra Museo, in Patagonia  . They were villages of Palaeolithic cultural level.

Until the time of the conquest and European colonization, our territory was occupied by various native peoples , with different social organizations, which can be divide into three main groups according to their activities:

“Living in Patagonia, an ancient history”

Arid, distant and remote. This is the geographical location of the  archaeological site Piedra Museo,  in the province of Santa Cruz, which would have housed  the first inhabitants of the Argentine soil  between 9,000 and 12,000 years ago. the Archaeology Division of the Museum of La Plata, along with his team wrote a chronicle of the discovery under the title “Living in Patagonia, an Ancient History”. The material tells the secrets of this archaeological and anthropological jewel and whose discovery has provided  valuable evidence to determine how the American settlement occurred.   There is the earliest human occupation in what is now Argentine soil.  “ Piedra Museo, Cerro Amigo Oeste and Cueva Maripe are the stars of this story; three sites on the Patagonian plateau that help us understand how the first settlers mobilized,” says Miotti.

Those ancient chronicles claimed that in Piedra Museo there were petroglyphs - bas-reliefs engraved on immense rocks - with traces of felines, camelids, birds, and what seemed to be horses without shoeing.  “ If this was true, there was the possibility that it was the pre-Hispanic equid, which arrived in the region about 30,000 years ago and became extinct 10,000 ago. And I started to find out,” describes the scientist.

Stone and bone tools, weapon tips known as 'fish tail', remains of hunted animals, many of them corresponding to extinct species 10,000 years ago, and abundant rock art engraving and painting are some of the  ancient signs that the first settlers of the New World they lived there.

“ Piedra Museum is a site that archaeologists call 'colonization', that is to say that human groups were newcomers to an unknown territory, and were made up of few individuals, nomadic customs and specialists in the hunting of certain animals, such as guanaco, andúes and horses” , says the researcher.

Today, the research carried out by his team in the area aims to unravel the connections that account for how human groups mobilized between the three sites (Piedra Museo, Cueva Maripe and Cerro Amigo Oeste) and what they were doing in each.  The circuit assumes the oldest evidence of human beings known to this part of the planet.

Tastil, located in Salta ,  is one of the oldest cities in the area . This is an important  archaeological site discovered in 1903 by Eric Boman (Swedish-Argentine archaeologist), which according to studies carried out later, correspond to a village  of 440 houses inhabited by 2,200 indigenous Andean and Pámpid races, between 1336 and 1439 of our era.

The Site of Tastil  was declared a National Historical Monument  by Decree No. 1145 of 1997.

This pre-Inca city is located at 3,200 metres above sea level, on top of hills and covers an area of 12 hectares. There are housing constructions, winding streets, beaches, garbage, as well as a large number of ceramic, metallic objects, stone, bone, wood, fabrics and plant fibers. It also has artistic manifestations such as petroglyphs, representations made with a magical religious sense.