A complete story that follows in search of his deepest memories. 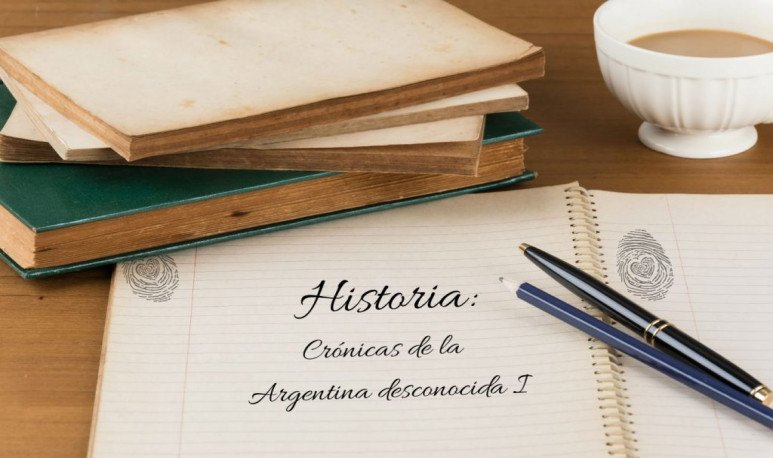 When we talk about Argentine History we usually resort to the events that took place since the 16th century. We find it hard to go further back in time and we find as last reference what happened on this side of the Atlantic since the time of the discovery of America. A reference name comes to mind: Christopher Columbus. Back in 1492, his travels forever affected the conception of the world.

As soon as he crossed the ocean in his caravels, the Europeans began to meticulously record each of their journeys. It is clear that the works dedicated to discovery had a fundamental objective: to inform the kings of Spain and, eventually, the king of Portugal, about what was happening in what they themselves gave to call the West Indies. It was this endless series of stories that gave rise to the compendium of the so-called “chronicles”, a term that comes from the Greek “chronos” and means “time”. Therefore, these “chronicles” consisted of a temporary and detailed description of each of the events in the Indies. As is the case, the last fate of the chronicles of discovery would go beyond the realm of royalty to record the facts before anyone who could read .

Already in the times of the Catholic Monarchs there were many variants of the adventures of Columbus, but each and every one ended up assuring something very particular about the admiral of Genoese origin. Weak and sick, he died unaware that he had discovered a new continent. Something very mysterious is happening at this point. For reasons that are not yet entirely clear, countless authors decided to turn their backs on a certain fact that was revolutionizing Western knowledge.

During the 15th century the Renaissance took place. The ancient wisdom of the Greek and Roman world had begun to dust off. As a consequence of something so relevant, it would not be uncommon to imagine that in 1490 Copernicus already knew that a Greek named Eratosthenes, in the third century BC, had calculated the circumference of the Earth with a minimum error of 5°. In addition, the Claudius Ptolemy System of the 2nd century, today exposed in the Vatican corridor leading to the Sistine Chapel, although wrongly placed the Earth in the center of the Planetary System, curiously represented it as a sphere very similar to that of Eratosthenes. In 1488, a saga written by a certain Adam of Bremen came to light. This cleric, during the winter of 1075, described in detail how the Vikings, a village in northern Europe, came to a certain remote place among the western islands they would call Winland: the Land of Wine.

Another text written in the 13th century also explained that this island was beyond Greenland, possibly in what is now called New Brunswick, a very fertile area of Canada. Unfortunately, the Winland of the Vikings did not prosper. It was a long way from Europe and its conquerors failed to create permanent colonies there.

Despite all these ancient knowledge, related to the shape of the planet and the possibility of traveling westward across the Atlantic, the existence of a continent like America was completely ignored. In short, Columbus knew that the earth was round, but he believed that there was only water between Europe and Asia. If he ignored something as fundamental as the existence of America, we can imagine that dreaming of Argentina could have been considered little less than heresy. A discussed map of Vespucci, dated in 1502, first called the vast expanses discovered by Columbus “Novus Mundus”. He described much of South America.

But it was Solis who in 1516 stepped on this territory for the first time. Having discovered the Mar Dulce or Río de la Plata, he wanted to land and a group of indigenous tribes murdered him in an impious manner. These villages lived on the banks of the river since ancient times. There has been a human presence in the region since prehistory. The Argentine adventure, then, is not a consequence of its discovery, much less. The great development of neolithic cultures of hunters and gatherers immemorial preceded Incas and Spaniards, conquerors and immigrants. That is why there must be unknown chronicles, covered by centuries of assumptions and setbacks that have not yet been compiled. In the end, it is not only a country, but a whole story that