The country, once free from Spain, having taken shape, ended up confronting within its own borders. What led the Argentines to fight between unitarians and feds? 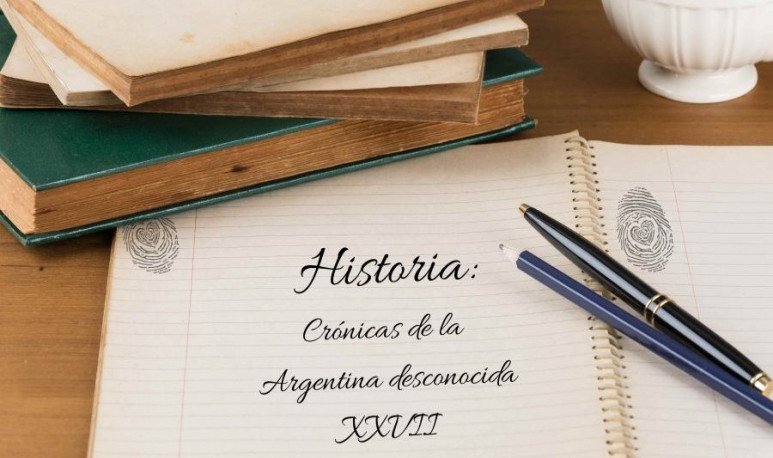 A certain tendency towards simplification within the historical study ended up establishing generalizations and stereotypes that are not entirely reliable. It is true that the construction of a story must provide a clear description of what it wants to reflect, providing concrete data and plausible references. However, the constant desire to simplify everything we have, often, also leads us to eliminate divergences. We forget the nuances, details and subtleties, staying only with the lights and shadows. Perhaps it is this urgent need to present the events in black and white, which caught many of the greatest Argentine historians in their own narrative schemes.

A lot of interests moved our heroes according to their place of origin. Despite the typical vices of simplification, it is clear that not everyone thought the same.

Regarding this circumstance, there is a paradigmatic case:   Domingo Faustino Sarmiento .  Great friend of  San Martín , he maintained an intense epistolar communication with him. What would end up associating the Liberator with the questioned author of  “Civilization and Barbarism” ?

“ Facundo is not dead,”  Sarmiento says about the warlord  Facundo Quiroga  . “He is alive in popular traditions, in Argentine politics and revolutions; in Rosas, his heir, his complement. His soul has passed into this other more finished, more perfect mold; and what in it was just instinct, initiation, tendency, became Rosas in system, effect and end; the country, colonial and barbarbaric nature, changed in this metamorphosis in art, in system and in regular politics capable of present itself to the face of the world as the way of being of a people embodied in a man who has aspired to take the air of a genius who dominates events, men and things. Facundo, provincial, barbarian, brave, bold, was replaced by Rosas, son of the cult Buenos Aires.”  Among his definitions of the Governor, he highlights that Rosas is  “false, frosty heart, calculating spirit, does evil without passion and slowly organizes despotism with all the intelligence of a Machiavelli. ” (“ Facundo or Civilization and Barbarism in the Argentine Pampas” ,  Domingo Faustino  Sarmiento , fourth edition in Spanish, Bookstore Achette, Paris 1874).

In his pages, he finally compares his friend  Saint Martin  with  Napoleon  moving away from &The possibility of having been a “warlord of the interior”.  I could never have associated it with those barbarians: San Martín was educated in Europe , he said and with this small phrase, he clearly defined the great Argentine conflict.

It is possible that it was at those times, when antinomies settled in the speech of many of our intellectuals. Constructing certain immovable parameters, precisely in the interregno that goes from the Rivadavia presidency to that of Sarmiento himself, a system of permanent oppositions was formed that we still suffer today. Progressively the contrasts between the various nineteenth-century thinkers increased to open an abyss between   unitarians     and   feds   .

Despite the tension that grew exponentially within local politics, beyond what was expected, for a long time those same men had been able to speak and preserve friendships that today would seem unusual to us. Surely, as an inheritance of the  First Board , they would understand that not all its expressions should be aligned on the unavoidable principles of enmity.

As we said before, Sarmiento was very close to San Martín, but also with thinkers as distant as Bartolomé Mitre and Esteban Echeverría. In turn, San Martín himself maintained a solid relationship with the leader Martín Miguel de  Güemes  and, of course, with Manuel Belgrano, who did not say he felt uncomfortable at the time of share a long trip to Europe with Bernardino  Rivadavia . It should also be remembered that this last episode existed thanks to the request of Posadas and his nephew Carlos María de  Alvear . Both would be defined in the first half of the nineteenth century, as the strongest representatives of the high aristocracy of Buenos Aires.

Is there another way of expressing that  Argentina cultivated in the time  of the declaration of independence  , a great appreciation for the freedom of individual ideas and the discussion?All our brutal dichotomies seem to actually come from another time. Precisely from the moment in which  Buenos Aires centralism was sharpened. That's when violence supplanted words.

Inequality, the different social realities experienced in Buenos Aires and the interior affected the functioning of national unification back in 1830. The interesting thing is that such a problem did not encompass a single style of people: it gathered groups with very diverse realities and thoughts.

Consequently, around 1831, the Federal Pact would be signed, which definitively exposed Buenos Aires to an intense exchange with the provinces and carved the national character forever. This episode, as Sarmiento pointed out, would give absolute power to a new player:   Juan Manuel de Rosas .

The description that can be seen in  “Civilization and Barbarism” , despite being very talkative and widespread, did not prove to be the only one. Historical facts are not developed in isolation and their descriptions either. The visions of Sarmiento's contemporaries were very uneven.

What value did it then have for nineteenth century society to reveal itself as  unitary  or  federal  ? Many would be the themes that ended up dividing the Argentines. The Pact was intended to introduce a new type of country. However, the federal Rosas project left many dark spots.

No one was easy to reach an integration agreement. Perhaps for this very reason, the stories were polarized and Argentina ended up sinking into its own controversies. The arguments on each side were very nourished and at the same time heated. Address today the conflict between   unitarians   and    Feds is a huge effort. We need, essentially, to understand the context where such concepts germinated.

What we can say is that  the   discussion of where light is born  , little by little was losing its nuances.  So much, that one day we end up eroding the ability to identify with each other.  For a long time, this issue divided the Argentines into opposite sides, to the extent of declaring war to each other. 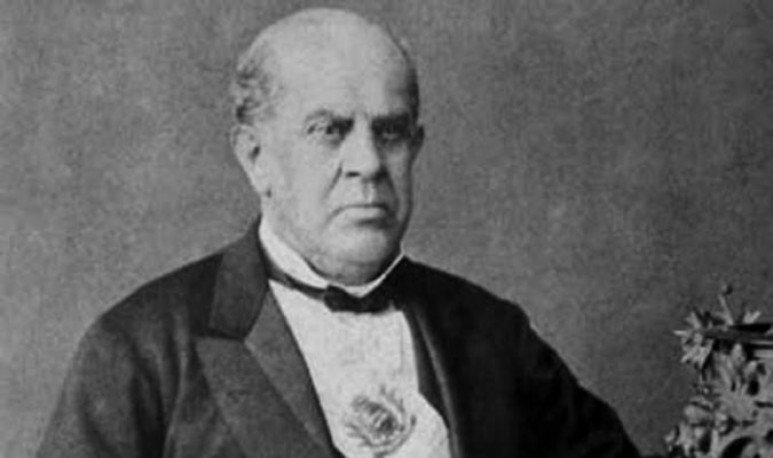 Domingo Faustino Sarmiento was the author of “Facundo o Civilización y Barbarie en las Pampas Argentinas”. The book was conceived in deliveries for El Progreso (a Chilean newspaper) during 1845. At that time Sarmiento was forced to remain in the neighbouring country because of his political ideas. It had many editions, one of them the Achette Bookstore in 1874. 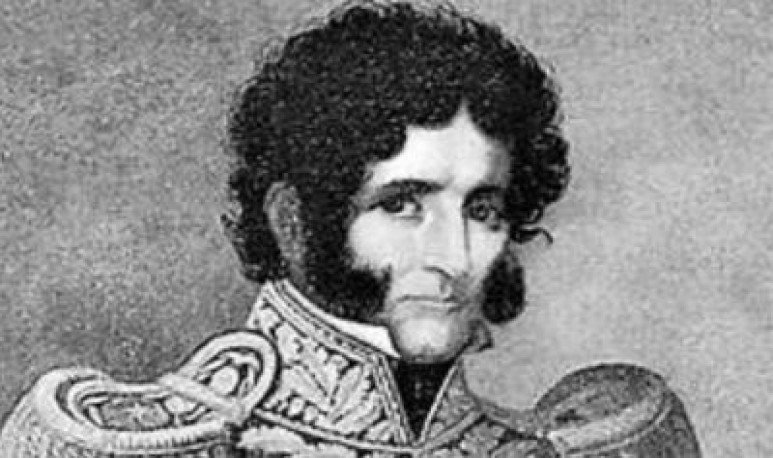 Facundo Quiroga will become one of the symbols of the struggle between  unitarians  and  feds  . It will also be the main topic of discussion contributed by Sarmiento in his main work during exile.

Martín Miguel de Güemes particularly appreciated San Martín and Manuel Belgrano. It is without doubt this kind of interactions, where is the secret of the first country imagined by revolutionaries, liberators, intellectuals and warlords prior to 1830. 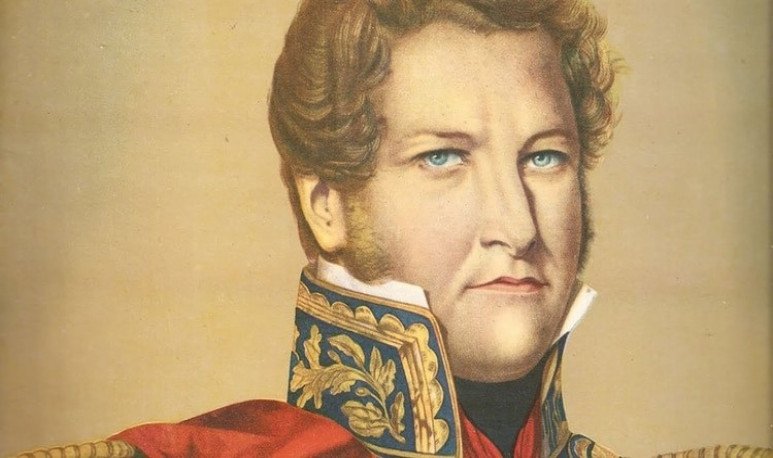 Juan Manuel de Rosas is one of the most questioned characters in the process of “federalization” to which the country was exposed, and is very questioned by Domingo Faustino Sarmiento, he will be one of the protagonists of the division between  unitarians  and  federal  .