Home Argentine History Argentina, 1922: a black cross in our history

As a macabre advance of the Argentinian tragedy of the seventies, linked to the massacres of the nineteenth century, the shooting of Patagonia will soon be a sad centenary. 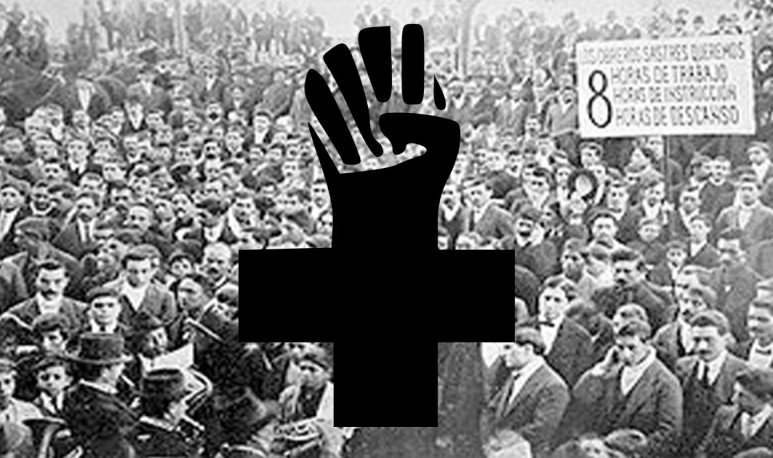 The last year of the first Argentine people's presidency , led by radical Hipólito Yrigoyen , was crossed by severe economic and social turbulence. The economic deterioration resulting from the exhaustion of the system tied to the English pound, and the stagnation following the bonanza after the Great War, was added to a climate of workers' turmoil from both socialism and anarchism. In addition, trade unionist currents appeared, related to Yrigoyenism, and the germ of the future Peronism. On the other hand, the presidential election was coming with conservatism wishing to crush the middle-class rabble and skilled workers, who had acceded to public office. A breeding ground that was further blackened with the ghosts of the Tragic Week of January 1919, and the bloody repression of the workers of La Forestal in January 1921. And again on hot January, now in 1922, the fratricidal struggle was throwing boiling with the aggravating of vile crimes by the Argentine army. An armed force that marched to Patagonia with the same president's order: “Go, see what is happening, and proceed accordingly,” they say Yrigoyen told Lieutenant Colonel Varela .

It was the second time that the military left on official mission to the national territory of Santa Cruz. To understand what was happening, let's say that, in the second decade of the last century, there were gigantic landlords run by few families, where workers were obliged to survive with vouchers and an irregular pay in Chilean currency, which only served in the warehouses of the same families. To size, Mauricio Braun owned 1,376,160 hectares, which were part of the 2.5 million that Julio A. Roca 's government had ceded to various foreign businessmen after the self-called Conquest of the Desert . Another family of investors, José Menéndez, with hundreds of thousands of kilometers in fields as well, completed Roca 's task in just twenty years, by decimating the  onas and tehuelche populations  with forced labor. In total, the population was comprised of indigenous people, Creoles, immigrants and a large number of Chileans. This was a fact groped in the press to misrepresent the events of Rebel Patagonia and spread it as a territorial invasion of Chile , when Argentines and Chileans lived together before Independence. There was no interest in the Transandean country. Patagonia Rebelde is such a definition of Osvaldo Bayer and that he titled a brilliant research work that demanded him seven years. And exile.

The Horror, the Horror...

Let's go back to our military back in the south. A few months ago he had negotiated with employers and workers improvements in working conditions, which included “having a free afternoon to wash clothes” or “not working in the open”, for example, and slight wage increases for shearers, stevedores and pawns. For the powerful families it was seen as a defeat in the face of banditry and the alien influence of foreign ideologies — let us remember that one of the leaders was Antonio Soto , an acrat Spanish tramoyist. They demanded the return of order in blood and fire. They also added the voices of the influential Patriotic League , the parapolicial group that had already intervened in 1920 repressing unarmed pawns in the mountain range, and that recruited strikebreakers “by chirolas” among the most needy in Buenos Aires . While so many failed to comply with the national forces and arrested workers' leaders. Thus, in mid-1921, a strong general strike was decided in almost the entire southern end of Argentina, paralyzing Río Gallegos, Puerto Deseado, San Julian, Puerto Santa Cruz and dozens of estancias that produced essentially raw materials for the meat and textile industry in the foreigner. It also included a boycott of shops where workers were obliged to buy the minimum food.But what essentially brought the workers together was the claim by their fellow detainees. That is, one of the few Argentine strikes not made for wages but for pure solidarity. And then, the  Horror. In the “El Cifre” estancia de los Schroeder, the first firing of the national army under the orders of Varela takes place, without prior judgment: Luis Triviño Cárcamo, pawn, tied to a mill. And the spiral of massacres that does not stop, stay per stay where strikers in retreat arrive, or are surprised by military patrols on the way, at the orders of the second in command, Anaya, Campos and Viñas Arriba, the last one that is transcripted by Bayer: “On the way to this stay or another, not s&To specify it, we found a boy about fifteen years old, who said he was looking for work. The captain left him, but it turns out we found him two or three more times again. He was shot with two others. I was struck by the handiness of this boy because when he saw him before the platoon he yelled 'Assassin!'”...

... in the April 1922 newspaper “Union Sindical”, it can be read: “The working class of Patagonia has been murdered by mansalva. There are more than two thousand workers shot, burned with naphtha, thrown into the sea, buried alive in Estancia Cifre, Gallegos, Santa Cruz, Lago Argentino, Estancia Anita, El Cerrito, Punta Alta”, establishing in democracy a dire antecedent in the future, and that seems prophesied in the words of the socialist deputy Antonio De Tomaso : “Because the House would in due course take the necessary measures so that the dangerous military dictatorship could not be repeated in the country! In these things, it's all starting. I said and repeat — because we are interested in preventing repetition — that we cannot accept that the army should be given active employment in the resolution of social conflicts, or that it is intended to drown in blood with cruel and barbaric repression movements which, although they have some excess, are determined for deep and serious social causes”, said in a National Congress that made deaf ears plagued by conservatives and radicals. The same ones who would silence Tragic Patagonia concerned about a negative impact on the transfer to Marcelo T. de Alvear at the end of the year. In addition, with Varela murdered by anarchist Kurt Wilckens in another bloody January, this time in 1923, who in turn was killed a few months later in a federal jail! by Pérez Millán of the Patriotic League; the massacre was archived and forgotten.

Small gestures remain in popular memory. Like that one night in February 1922 when the euphoric soldiers of the 10th Cavalry Regiment, after the horrific task of murdering their brothers in cold blood, even repudiated by the Navy who did not want to be an accomplice to such atrocity, went to the only brothel of  Gallegos River,  La Catalana. And the five prostitutes took them to broom to the cry of “Murderers!“They were Consuelo Garcia, Angela Fortunato, Amalia Rodriguez, Maria Juliache and Maud Foster.