Home Argentine History April 1810: the secret of the revolution

At school we learned that the independence process was unambiguous and without internal discussions. Nothing further from reality. 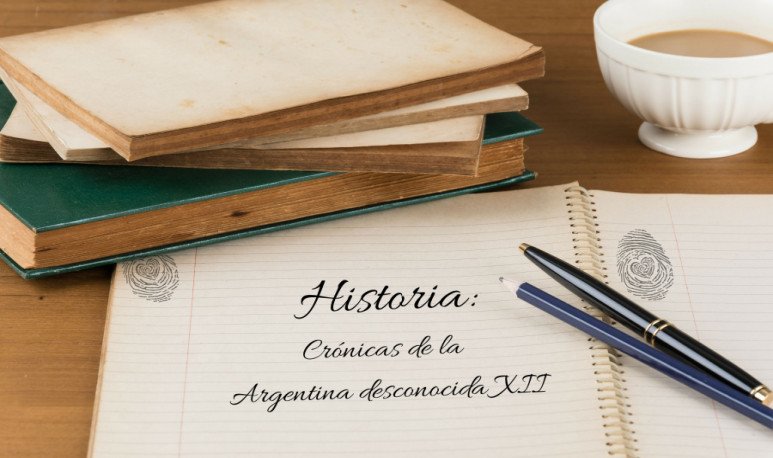 In order to contextualize an event as transcendent as the Open Cabildo of 1810, we must ask ourselves where it has its roots and what its consequences were. Very complex events cause the  May Revolution  to break down all the stereotypes built around our school images. The truth is that the Cabildo Abierto was the result of a long race that went through countless obstacles. He even revealed the existence of very suspicious maneuvers between diverse groups with antagonistic ideologies.  Mariano Moreno  's death aboard an English frigate, on a diplomatic trip to Great Britain during 1811, continues to arouse curiosity. This unfortunate event took place after having made public the exhaustive differences that faced him with the military group led by Commander Cornelio Saavedra. Such a thing can only lead us to think that the formation of the  First Patriotic Government  was a very complex task. He interpreted the visible need of an entire continent crossed by sordid rivalries. What is surprising in this matter is that, within such an environment, the members of the First Board left their disputes for a moment and made  common cause  to face the urgent challenge proposed by progress towards Modernity.

We have already spoken here about  Freemasonry , whose effervescence was sensed by Viceroy Arredondo in 1795. But Saavedra and Moreno were also   Freemasons  , even though they thought very different. Apparently, the fracture had hurt the bosom of the  Lodge itself. Today the imaginary has amalgamated those men. But what interests did they represent? What was at stake inside the  Independence Freemasonry ?

The events that took place in Europe could have confused anyone and surely there was the origin of the Masonic fracture. Charles IV, seeing that his treaty with the English ended in two invasions that threatened Spain's power in the Rio de la Plata, abdicated in favor of his son. The successor, Ferdinand VII, was king in a very short period, during the months of April and May. In 1808, Napoleon dethroned the reigning dynasty and left his brother Joseph I Bonaparte occupying the throne of Spain.  “ The official proclamation of José Napoleon I was made with all solemnity on the day of the feast of Santiago,”  says Joan Mercader in “ José Bonaparte, 1808-1813”  (Consejo Superior de Investigaciones Científicas, Madrid 1971) .

There is a very colorful plot woven about it. There are no shortage of condiments: international espionage, transoceanic trade between enemy powers and maneuvers of representatives sent by Napoleon. It could be a novel about spies and counterspies. This period was framed by what was called “ the First French Empire ”. When Napoleon Bonaparte proclaimed himself Emperor in Paris, the Revolution of 1789 had led France to successive failures. The military order provided a fantasy of stability that led to  Bonapartist  expansion through large regions of the Old Continent. Some ideas Napoleon took from the  Freemasons  were very interesting and decided to impose them, thereby banishing the vetusts European monarchies. He created the Civil Code in France and banned the Inquisition in Spain, approving large urban projects, favouring the development of a new type of  society .

Despite how profitable all this seems, many summarize the period lived between 1804 and 1814 not as the First Empire, but as the Napoleonic Dictatorship. His influence was felt all over the world. It is not fortuitous that the democracies born of the Latin American revolutions meet the modern imprint of the Rousseau Social Agreement and at the same time the  ancient Roman caudillismo  proposed by  Bonapartism . This style of leadership did not come from the  emancipated Creole:   he was born with Napoleon . Local leaders quickly sympathized with the archetype of the military hero Julius Caesar, who tended to perpetuate himself in power as a dictator.

In those years the Napoleonic germ affected figures as dissimilar as Simon Bolivar,  Juan Manuel de Rosas,  Quiroga, Andrés de Santa Cruz and Sucre among many others. Saint Martin, exceptionally, rejected the transcontinental ideas without glances. He flatly refused to show off the laurels of power. But, despite his hard efforts, he did not manage to escape  Napoleonic iconography . His figure, his French, neoclassical portraits, recall the model of the official painters of the First Empire. French artists such as Jean-Auguste Ingres and Jacques-Louis David, built the figure of the equestrian hero embodied in the imperial size of his employer: Napoleon himself. For this they adapted the symbols of ancient Rome to the European fashion of the 1800s. Understanding these reasons, both ideological and aesthetic, it is no accident that our  heroes  look so Bonapartist.

It was exactly during the time of Joseph I that the five most important revolutions of the American continent were carried out. The April 19 Revolution that illuminated the Cabildo of Caracas and brought the Supreme Junta to the power of Venezuela. The Mexican Revolution with the Cry of Dolores. The Provisional Government Board of Chile and the Revolution Act in Colombia... All these emancipating demonstrations took place in 1810 with Bonaparte controlling the Spanish crown from Madrid. Each responded to a section of the plot created by the American revolutionary militias, for or against José I.

Cornelius  Saavedra  belonged to this kind of revolutionary militias. Named head of the Patrician Corps after his proven heroicity in the English Invasions, he seems to have approached the  French imperialist Masonic groups dangerously. Perhaps that is why Moreno and  Belgrano ,  traditional Freemasons , during the days of the Junta Grande, accused him of wanting to show himself as Emperor of the Americas. A kind of Creole Napoleon.

Surely it was some kind of malicious rumor. However, the picturesque anecdote is likely to have its bases in not too fancy events. History records that at a banquet organized by Cornelio Saavedra in the premises of the Patricios barracks in 1810, the division of waters between  Saavedrists and  Morenists   marked the first crack of local politics.

The essence of Argentine thought, since its gestation, records immemorial brawls starring leaders and parliamentarians. Is that why  we are what we are ? The first alliance of government that existed in our history had so many internal disagreements that in  April before that May 1810  it became a labyrinth. The first news had come from Venezuela. April lit the wick of the American powder in Caracas. However, it also became a symbol of confusion and fear. The ancient Roman word “Aprilis”  defined the month of spring in the northern hemisphere . However, she hid a very dark story: from the inside of the earth a maiden came to illuminate the world with flowers, and then return to the darkness where she hid the secrets of her husband, the king of hell. Do you describe such an image, the complexity that laid the foundations for the birth of Latin American politics?

If you want to read the previous releases of the Chronicles of Unknown Argentina, click on the following links:

I Argentina: the story we don't know

II Did you know that we live in the kingdom of Milodon?

III The university of prehistoric hunters

V The best preserved mummies in history are in Salta

I saw the empire where the sun did not set

VIII Elcano vs Magallanes: in 2019 there are five centuries of doubts

IX The voices of the angels

X Why did they expel the Jesuits?

XI Masons in Buenos Aires: the germ of the revolution