In January 1879, Álvaro Barros became the first administrator of the Patagonia Governorate. 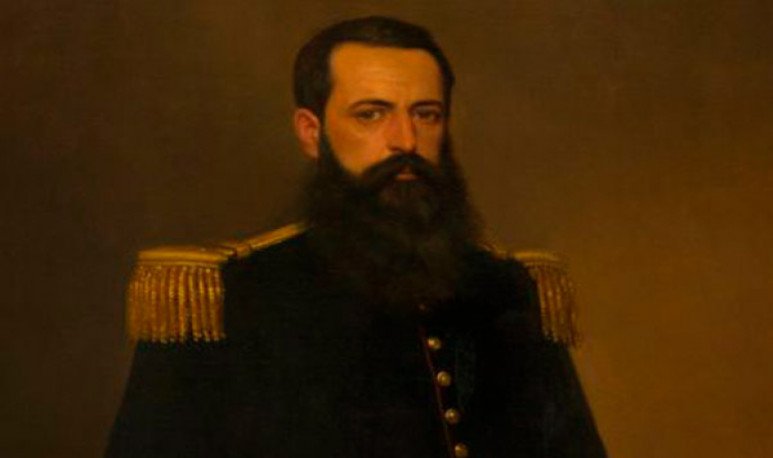 The origins of the Argentine State  have more than interesting edges to analyze its conformation, especially in the territories south of the country. In the nineteenth century, before   Victorino de la Plaza   establish the national territory of  Patagonia  , the  Governorate of  Patagonia  was created, which included from  La Pampa to the south, taking as its limit  Andes mountain range.  Its first governor was the military Alvaro Gabriel Barros Garcia.

Born in March 1827, Alvaro Barros, in addition to being the first in charge of administering Patagonian territory, served as a national deputy, governor of the province of Buenos Aires, and before that, he founded the city of  Olavarría .

Dedicated in the years of his youth to trade, Barros began his manino in the National Cavalry Guards at the age of 25, in 1852 after the battle of Caseros, the one in which  Juan Manuel de Rosas  was defeated by the troops commanded by   Just José de Urquiza .

In 1865, when he was already a colonel, he was appointed as head of the Southern Border, with the aim of establishing a military camp distributing the first plots before the foundation of what is now known as Olavarria became official. Barros achieved peace with the indigenous people of the area, took possession of a fortified camp located on the edge of the Tapalqué stream and on November 25, 1867 decreed the foundation of the aforementioned district of Buenos Aires.

In those years he stood out for his goal of living together in peace with the original peoples, although he was separated from office two years after Olavarría was founded. However, far from stalling his career, he was growing. For just over 7 months, Barros was appointed as governor of the province of Buenos Aires in replacement of Mariano Acosta, who assumed the Vice Presidency of the Nation, between September 1874 and May 1875.

Shortly after leaving the Buenos Aires Governorate, he was a national deputy.  There he had a counterpoint with the Army and the Minister of War, Adolfo Alsina, denouncing irregularities in Congress and criticizing the cost/efficiency ratio of Argentine soldiers, calling the desert campaign budget as “embezzlement of funds”.

Barros criticisms did not remain alone in the budget, and he also denounced irregularities from suppliers who had to tangle food to indigenous people, which ended up damaging peace. Contrary to what   Julio Argentino Roca   prompted to execute the extermination of the indigenous peoples, he considered that property had to be spread with the Indians:” establish among themselves a system of order that they themselves crave, because many have learned to preserve what they acquire and know how to value what matters to property. Provide small resources for those who are able to devote themselves to farming,” he said in his later writings.

In the last months of 1878. Álvaro Barros was appointed as the first governor of the Government of Patagonia, in which he was formalized on January 26, 1879, and settled in Mercedes de Patagones, a city that months later was renamed with the name we know today: Viedma, which was elected as capital of the  Patagonia .

During his tenure as governor of Patagonia, the maritime delegations of   Puerto Deseado , Puerto Santa Cruz and  Rio Gallegos  , in the current province of   Santa Cruz   and two years later the treaty of boundaries between our country and Chile was signed. In that document, Argentina ensured the sovereignty of the  Patagonia  territory on this side of the Andes Mountains  .

A year later, in 1882 Barros left the Governorate of Patagonia and instead assumed  Lorenzo Vintter.