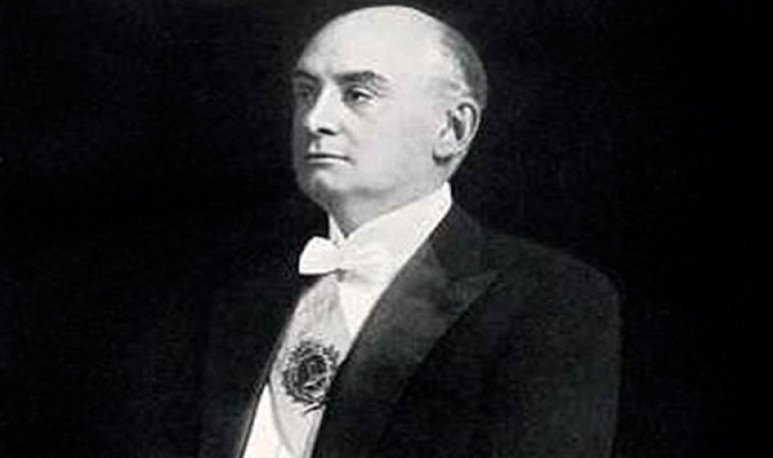 While the data on its origins and recent years are not very clear,  Alfredo Viterbori is one of the people who are part of the history of  Río Negro  , beyond the values judgments that can be made about him or her or his or her management.

This is a man who knew how to build fortune and accumulate power that led him to become a political reference in that Patagonian province. Chacarero, merchant and winemaker,  was president of the  Rionegrina Rural Society.

Born in  General Roca  at some point in the nineteenth century, in 1912 he became the first mayor of that town of the  Alto Valle del Río Negro   -beyond the city's origins date back to 1879, when Lorenzo Vintter installed a strong there.

It was so that Viterbori was also part of   General Roca  's institutional history, taking the responsibility of being the first communal chief coming from the hand of the  Civic Union Radica  l, party to which he was affiliated.

His name is linked to the murder of three braceros workers in the framework of a strike in 1919 and also under his wing he worked in territory      rionegrino   the  Argentine Patriotic League  , a parapolicial group that in the    Patagonia   had 75 brigades with the aim of intimidating those who would be encouraged to ask for decent working conditions.

12 years after being elected mayor from Roca, Alfredo Viterbori was appointed by Marcelo T. de Alvear as governor of the National Territory of Río Negro.

In the years following his arrival in the Governorate, he continued to build power: in addition to chairing the Rural Society, he was founder of Banco Río Negro y Neuquén, of which he was director until 1927. He was not the only bank to which he was linked, as he also served as an appraiser for Banco Hipotecario.

Alvear saw in Viterbori a person, in addition to having attributes to direct projects, with the possibility of being an opinion trainer, since he was director of the newspaper Alto Valle, although he did not manage to impose itself as the main graphic medium in the region before the emergence of the Rio Negro newspaper, too. born in General Roca by   Fernando Rajneri .

However, Alvear's vision seems not to have been the right one, since the first steps after his assumption as governor of the National Territory on September 26, 1924 generated the population's discontent.

According to the records, Viterbori carried out a significant number of staff dismissals, coupled with penalties and warnings on employees. He was also accused of ideological persecution and made the decision to compulsively move the government workers residing in Carmen de Patagones to Viedma.

The workers' discontent was added to an internal dispute with local radicalism, which added the loss of support and, as if that were not enough, the Río Negro newspaper accused the president of censorship and control of the Rionegrino media.

His secretary, Domingo Staricco, requested that the Ministry of the Interior investigate an alleged embezzlement of funds in the management. Already without popular support, nor bank of his co-ligionarians, Viterbori's fate was cast: on 21 March - although others say it was May 2 - less than two years after his assumption, he resigned from the governorate of the National Territory of Río Negro and his successor was Eduardo Elordi, head of the Territories Office Nationals who coincidentally - or not - was in charge of the complaint made by Staricco.

His last years of life, like the first ones, are an unknown. Although it is known that he was born in General Roca, it is unknown where he died and his death is not recorded on an exact date, nor can it be assumed until what age he lived.