Symbol of tensions between society and young people forever, the 21st century student sets agenda as in 1810. 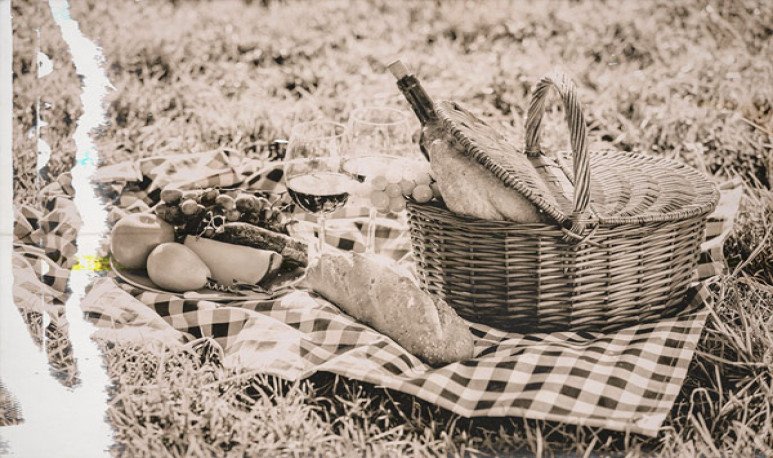 By the middle of the 18th century, the future “Athens del Plata” lacked middle and higher institutions. Sporadic courses in theology and philosophy, some English governess, were the palliative of wealthy families in  Buenos Aires . Only the Society of Jesus privately maintained few elementary reading courses. Everything changed with the expulsion of the Jesuits in 1767. Viceroy Juan José Vértiz, an enlightened and progressive Spaniard, faced the first educational program in Rioplatense soil.And with the resources and land confiscated from the expelled order, he created the Real San Carlos College, the birthplace of the generation of the  May Revolution , and antecedent of the  Buenos Aires National College.  There first appeared the Buenos Aires student with his first regent, Juan Baltazar Maciel, in the delayed attempt to achieve the educational development of other colonial cities such as Cordoba and Charcas.

That ten-year-old boy wore a “veca”, a red band like a collar, the antecedent of the uniformity of the dust coat, had a shallow knowledge of reading and writing, and was to be “legitimate, old Christian and clean child of all macula and race of Moors and Jews.” take care not to comply with strict regulations, mediated by strenuous religious practices, which included the prohibition of reading anti-Church books, eating in the room, or playing dice and cards. The punishment was shackling and whipping.

Under the shadow of the cepo, students from Buenos Aires still managed to break the rules of a rigid boarding school.  Pedro José de Agrelo , then illustrious president of the XIII Year Assembly, patriot speaker and author of the first national constitution, recalled that he was ragged five times and that the troops searched for him around the city. He also says that once a student was “tied up” by soldiers and returned home for a “better education” The antics of the small Creoles went from the Rio de la Plata to the mountains. In the Mediterranean  Cordoba , which had its  College of Monserrat founded in 1684, one of the most advanced by 1810 due to the action of  Liniers and Dean Funes, also had its undisciplined. The future Paraguayan dictator  Gaspar Rodríguez of France  remained in the history of the school as a champion of rabonas and manteadas.

The situation of the students did not change much until the second half of the 19th century, with the organizing impulse of  Urquiza, Mitre and Sarmiento .Students complemented the erratic formation of schools with private and even public libraries, where the inquisitive ban on literature was rather relaxed.  Monteagudo , the most radical wing of the Mayo men, had been formed in the library of a realistic and ecclesiastical college. It was this youth that supported the emancipatory ideal at all costs, with Rousseau and Voltaire under his arm, “are the students   Moreno  and  Belgrano  , from the tables of the desks and with his fingers stained with ink. It is the mozalbetes of the schools who decide the fate of America ... Bolívar   is only sixteen when he scandalizes the viceroy with whom Américh could not be conceived but independent and free.  Belgrano  no more than nineteen when he translates the work of the encyclopedists... -before the students killed in Caracas and Lima by revolutionaries - the oath of a new American race made on the altar of the young gods,” says mystic Gregorio Bermann in “Youth of America ”.

Following the vicissitudes of students from 1864 is to travel through the hard and thorny struggle of Argentine education in general. Liberal modernization began in Entre Ríos with the schools of  Urquiza  while Buenos Aires continued with a rigid religious aegis.  Miguel Cané , who later described for posterity the Buenos Aires National College in “Juvenilia” (1884), memorized the figure of a circumspect canon of Eusebio Agüero, who liked to punish students physically. Until once they revealed themselves with a sign on the outside windows saying, “Help, here they kill us.”

Mitre  was the one who pergenated the National College and with the purpose of being rector and inspiring of the other national schools that began to be founded in Catamarca, Mendoza, Salta, San Juan, Tucumán and a brand new La Plata. The alma mater of such a project was  Amadeo Jacques ,  Urquiza 's pedagogical advisor, who came from France with enormous teaching experience. Captured by Mitre at the behest of  Marcos Paz , in 1863 he presented the  first model of the Argentine baccalaureate . Years later, he would present a university plan based on the needs of the country, “surveying and mining”, and with differences by region.

Much of the short run at the National College of Jacques we read and reread in the vibrant pages of “Juvenilia”. Written during the “months of boredom” as a diplomat in Venezuela in 1882, Cané imagined a rare book, without too much literary effort, but endowed with an unusual vivacity that end up defining the vitality, rebellion and curiosity of the national student of all the é few. Those who enter the National Buenos Aires today will be able to recite the final lines next to their walls, “I would say to the young man, who may read these lines walking in the cloisters where five years of my life passed, that the successes all of the earth start from the hours spent on the books in the early years”, also closes  Cané  and inaugurates a tradition with books about this emblematic Buenos Aires school from Manuel Gálvez's “El mal metaphysico” (1917) to Martín Kohan's “Ciencias Morales” (2007).

The feeling of independence of the Buenos Aires students around 1860 was a sign of the coming years and they were increasingly going to take the lead in the pedagogical debate. And politician. In 1871 there was a major protest by university students who managed to change the humiliating exams in the face of a classmate's suicide, after a blush. At the dawn of the new century, the first student centers appeared in the heat of radical and socialist preaching. It was a process of student awareness that led to the  University Reform of 1918.  Sixty years before  French May,  in another context, with other classes, with other intentions, although with the same fuse before an education system that cried out for democracy. Felled by Deodoro Roca, the ideologist of a Latin American revolution from Cordoba, some disregarded students wrote the imagination in power, “youth always live in a trance of heroism... they haven't had time to contaminate themselves. He is never wrong in the choice of the teachers themselves... let them choose their teachers and directors, sure that success will crown their determinations... youth no longer ask. Demands... the university youth of Cordoba greet all colleagues in Latin America and encourages them to collaborate in the work of freedom that begins.” And that is still far from being finished with an ambitious platform that extends higher education to every Argentine.

Advance at higher levels did not necessarily reach primary school. The modernizing actions of  Rosario Vera Peñaloza  and, later,  Olga Cossettini  collided with a school that continued to promote physical punishment and donkey ears in the corners. And with boarding schools where food was retraced at lunch and dinner, as  General Juan Perón remembered, who did his primary studies at the International Polytechnic College of Caballito. This institution of Raimundo Douce operated on the current avenue Rivadavia at 5900, between Acoyte and Hidalgo. In the decade of the decade, the primary school population had doubled, assimilating immigrants, compared to the nine hundred, and dropout was around 50 percent.

From the educated to the sovereign

From the age of thirty, the image of the “suspect” was installed on high school and university students, which will be reinforced during the Peronist governments. And that the later Argentine history will only confirm tragically in the seventies, with the sad prolegomene of  The Night of the Long Canes in 1966 . The youth, the students, who until the age of 50 were a sector to “educate”, so well crystallized in the hit of  The Twist “The Student”  and their clip in an exemplary  Bernasconi Institute  , became a group to “control”. Only in the 1980s will they become aware again of the historic conquests for the student ticket, or the fight in the university reform during   Carlos's presidency We have already set foot in the nineties, which in various cultural and social aspects left traces to the present day, where young students found an unprecedented emancipation in the face of an exclusive world, and inhabits at all educational levels questionable and outdated institutions  , plagued by volunteer teaching. We recovered the semblance of Laura Ramos in 1992, and replaced technological artifact with another of the 21st century, “the needle boy is the typical son of television. Do the math: seven hours a day of idiotic machine during the years of his elementary school plus three hours a day of videogames in the years of high school... he is one of the best students of the National Buenos Aires, although he hardly studies... I think that in the school is doing well because he looks and attends each class like if it were a TV program (but the school likes it better because it really is)” With the turn of the century, “the gesture that most seduces our youth, that of pouring life on a beautiful illusion”, in the words of Germán Arciniegas, and they returned to the light sources of generations. previous students.  The green tide  would be inexplicable without the thousands of college and high school students on the streets and at family tables. They return to the young Reformist students of the 18th, “if in the name of order we want to continue mocking and brutating, we proclaim high the sacred right of insurrection.”

Students join together to give water to the sites