Two paths crossed in the life of the heroes of the nineteenth century. Patriotic fervor and devotion to the loved one. 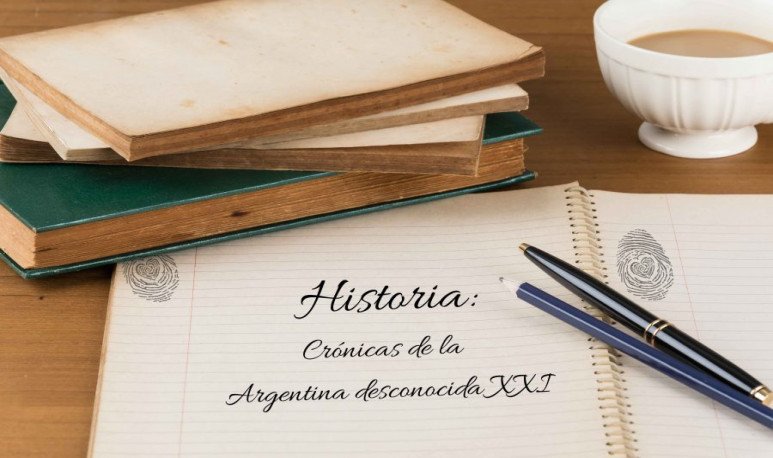 It is not possible to understand life exactly as it was two centuries ago . It would be useless to explain all the ways in which patriotism, loyalty, love were manifested... Nothing like what men and women felt at that time has genuinely come to us.  Only literature conveys his words to us . Some details we sense, art, documents, epistolary communication. However, our perception is nothing more than a reconstruction.

To see how Don José de  San Martín  struggled to be a    gentleman    , seems strange in our day  . Beyond his manners and the education he had received, the social meaning of the term as it would apply in the 1800 did not have the same meaning for him as for us.

It should be remembered that he had legally entered the Major Lodge of Rational Knights led by the Liberating Order of America, which had instituted “  lautarism  ” in the United Provinces. Consequently, his vision would be to mutate towards a nineteenth-century version of  medieval knights .

Apparently, the exceptionality of the keys proposed by  Pope John X  before his death in 928 conferred on the Order a behavior that accompanied the ancient European kings until the thirteenth century. John annexed to human virtues, one that imposed on others:  fidelity   . That is why it is said that love and heroism would constitute the dynamic of the hearts of knights. Brave, devotees of God, faithful to the notions of camaraderie .  That was the kind of men that   Lautaro   forged, setting a sacred goal: “ liberation from the Holy Land .” Just as during three centuries in the Middle Ages went to liberate Christian territories from Muslim rule, the “ Lautarians ” of the 18th and 19th centuries thought of freeing America from Spain. This part of the world was his ownJerusalem.

It follows then that Don José's attitude towards his wife followed the same patterns of behavior. As credits the tombstone of  Remedios de Escalada  in  the Recoleta Cemetery  , the General considered his woman according to the chivalry laws written by John X. Saying that it was not only  his wife,  but  her friend  , left for the future the purest image of Remedios. That intimate woman who listened, thought, understood, contributed and admired her gentleman, would also be admired by him.

This figure is very close to the Gothic ideals that projected the stories of the eleventh and twelfth centuries.

Because of these complex questions that had the  secret orders of   romanticism  , it would not be easy to realize the great love that united Don José and Remedios. The day Antonio de Escalada and Tomasa de la Quintana invited young  José de   San Martín  to their home, it must have been fascinating.

The meeting with Antonio and Tomasa's daughter would be for Don José like seeing an angel. Despite the 19 year difference between them, the young woman sensed with astonishing precision the details of her suitor's personality.

Remedios de Escalada was 14 years old in 1812. However, it was not until 18 that she gave birth to the only daughter she had of Don José. While the wedding was held before the foundation of the   Lodge    Lautaro  , San Martín's wife lived with his parents in his home on Caseros Street, until he was able to advance his career.

When these events took place, a certain obstacle made that intense polite love a nightmare.   Bernardino    Rivadavia   was in the residence of the Escalada family on the same night in 1812, when Don José decided to ask Remedios's hand.   Rivadavia   and San   Martin  were different men. When they first met, they knew they would be enemies.

There are those who say that Bernardino also intended Remedios. We don't know. Speculating on this matter is difficult, but it must be said that reality brought its evidence. Both men's letters reflect opposing ideas and that's what they demonstrated at the Escalada's house. The night ended in an impudic discussion that embarrassed all the guests.

As we said in  Chronicle XX , the  Lodge   Lautaro  invalidated the power of Rivadavia at the time of overthrowing the  First Triumvirate . San Martín left for its South American Libertator Campaign and after fulfilling its task, arrived in the Governorate of Cuyo. Meanwhile, a constant correspondence between Mendoza and Buenos Aires increased the desire to share life between Remedios and Don José. Only then she would move with her husband to  Mendoza , where Mercedes Tomasa San Martín y Escalada was born.

Meanwhile, power would increasingly be centralized in Buenos Aires. The sectors that had been affected by the influence of  Lautaro , conspired taking advantage of the intense activity of its members. At the same time, they allied the forgotten  Martín   Rodríguez  tempting him with the post of Governor. The old port city was constituted in a “ province ” and grew in a bubble where power was distributed according to increasingly centralist internal rules. Then the new Governor appealed to Bernardino Rivadavia, appointing him Minister of Government in 1820.

Saint Martin says in one of his letters to Martiniano Chilavert:

“ Upon returning from Peru I established my headquarters in my Mendoza farm and, to make my position more impregnable, I cut off all communication (except with my family), and set out in my entrenchment to dedicate myself to the charms of a farming life and the education of my daughter. But in the midst of these flattering plans, behold, the dreadful  Sentinel   (newspaper published by Rivadavia in Buenos Aires) begins  to hostilize me; his carnivorous phalanges stand out and block my peaceful retirement” (  National Commission of the Centennial, Document IX of the archive dedicated to San Martin, volume III)  .

As usual, the United Provinces were divided between supporters of the
Libertator Campaign and Governor Rodríguez, supported by the fruitful press “ Rivadaviana ”.

So, during this war of male egos, an unexpected drama arose. Remedios, exposed to the harsh winters of Mendoza, became ill with tuberculosis. San Martin knew that only moving her to the Escalada family's home in Buenos Aires could recover. That's why Remedios returned to her parents' property on Caseros Street, exactly when her husband began to return from the Chilean Campaign.

Other “ lautarists ” such as  Manuel   Belgrano  and  José   María   Paz  helped San Martín transfer his wife. In addition to being in the campaign, from the beginning of 1819, entry into the regions surrounding the Rio de la Plata was prohibited. The General said about himself that he “had been too much in the revolution”  to be allowed to live as he wanted.

The pertinent controversy with  Rivadavia  was so devastating that it ended up blocking the little epistolar communication that both spouses could maintain. In a systematic manner, the humanitarian requests that  Saint Martin  sent to the Minister of Government were revoked.

For these reasons Don José never saw his wife, his friend again. She cried for him for four years, from his deathbed, but Bernardino Rivadavia never granted permission to General Libertador to enter Buenos Aires.

Desperate, after a lot of battle, Don José arrived in the area of Caseros Street, not without dodging the fierce persecution of Minister Rivadavia's men. Hidden in the shadows of the weeping willows, like an outlaw, he crossed Monasterio Street and almost seemed to him that the Buenos Aires wind brought him the voice of Remedios. But it was nothing but an illusion. She, barely 26 years old, had died four months earlier, when he was still fighting on the road to Rosario in order to contemplate the face of the only woman she loved.