In September, we remember Germán Avé Lallemant, one of the initiators of the labor movement and promoter of Argentina's celebration of Labor Day. 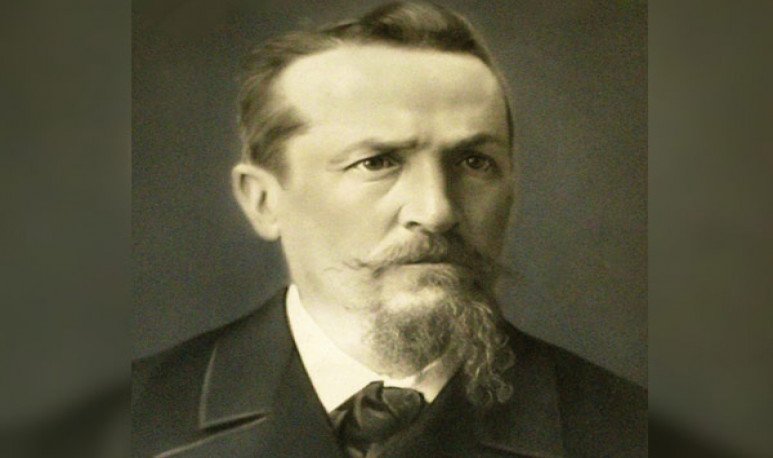 The Prussian Germany of the Bismarck expelled thousands of dissidents. Some went to the United States and were on the front line of the Chicago martyrs of Haymarket Square, in whose homage was imposed on  May 1st  as  International Workers Day  . Many others roamed towards  South America , on a journey to the unknown that  Humboldt and Burmesteir , naturalists who traveled a continent of wonders, had begun. Or trade like the Stegmann family who lived in San José de Flores and was very good friends with  Don Juan Manuel de Rosas . By 1868,  Germán Avé Lallemant  arrived in Buenos Aires from Rio de Janeiro, where his father taught chair at the university. He was born in Lübeck, northern Germany, in 1836, and was an engineer specializing in metallurgy and mining. As soon as you walk the port,  President Sarmiento  entrusted him with the route that had to connect Plaza de Mayo with the distant Church of Flores, in a first outline of the current avenue Rivadavia. From that moment on, friendship with the Sanjuanino procerer continued. In 1881 when  Avé Lallemant  's wife led the first teaching strike in San Luis for lack of assets, a powerful firm unleashed the conflict, and classes returned. Before the teachers without wages for several months were ruthlessly slandered, and separated without ambagues from the charges, for “proceeding disrespectful” It was the General Superintendent of Education of the Argentine Nation who left the measure ineffective. It was  D omingo Faustino Sarmiento.

Germán Avé Lallemant  had arrived in Cuyo in 1870 and worked intensively in the founding times of  Argentine mining,  alternating as a teacher of mathematics at the Colegio Nacional de San Luis where he reached rector. Not only did it introduce dynamite but began to produce it in the country for the advancement of the sector. He began through scientific activity to collaborate with  Estanislao S. Zeballos and Francisco  Perito Moreno   and made great contributions in geography, author of the  first map of the San Luis province , and in naturalism, “our forests are destroyed daily by the interest of individual capital. No appropriation can be justified because it would take out the State for forestry purposes -oriented to general welfare”, he reflects on a descriptive Puntana memory that was ignored by the local oligarchy. In these lines you can guess a socialist thought, which Avé Lallemant  had met with Marxists in Brazil, but also the originality of a specifically Argentinean analysis with a  sui generis ecology.

Germán Avé Lallemant  collaborates extensively with the weekly Vorwärts,  published in Buenos Aires by socialist emigrants since 1886, gathered at the famous German club on Calle Rincón. This is not why he neglects his studies on soil and national flora and scientific support for the cooperativist and pro-farmers' ideas of socialists and anarchists. He is also one of the first to defend the strategic value of natural resources, and the exploitation of soils, against the greed of foreign interests through its columns in  La Vanguardia . Protagonist of the initial steps of the popular movements, and despite the criticism of his socialist companions, he joins the radical revolutions of 1890 and 1893 driven from Buenos Aires by  Hipólito Yrigoyen . He is secretary of the Popular Civic Union, germ of radicalism, presided over Teofilo Saa, nephew of his wife, Enriqueta Lucero, daughter of a hero of the Andes Army, and son of General Saa, the famous warlord Lanza Seca Puntano. Deeply linked to the problems of the Argentines, in thought and blood, he encourages the workers who supported the radical revolts and is even appointed secretary of the ephemeral revolutionary government of Saa in 1893. He polemizes with  José Ingenieros and Leopoldo Lugones , whom he reproaches a confusing theoretical formation and the repetition of European thought, although he shares with them the beginnings of Argentine socialism. In the 1896 assembly, gathered in the  Vorwärts premises, he appeared as a candidate for a new party, the  Argentine Socialist Party , along with “Juan B. Justo, doctor; Adrián Patroni, painter; Juan Schaefer, shoemaker and Gabriel Abad, foguista” This was the first list which was held in elections for a workers' group. While they went to a fraudulent and undemocratic election, those that existed before the Sáenz Peña Law and the Women's Voting Act, surprisingly obtained 1300 votes.

On his return to San Luis,  Avé Lallemant  is the bridge between radicalism and socialism, an integrative will that cost him several times his work as when in 1900 he was separated from the Department of Topography and Public Works. During an update of his geographic map of San Luis, in the middle of the ground, he suffers a stroke and died on September 2, 1910. Leave a vast agrarian, naturalist and environmental work of which little is known, with real jewels of  Argentine botany as “Flora puntana” (1909)

The Park Revolution of July 26, 1890 would not be what it was without the action of the workers' movement, guided by Italian, Spanish and German immigrants. Those days of struggle in the streets, which paved the way to mass democracy in Argentina, had as its precedent the first march for Workers' Day. Convoked from the German socialists following Swiss-German  José Winiger and Avé Lallemant,  among others, and under the guidelines of the Social Democratic Congress in Paris (1889) which promoted every May first the memory of the workers' struggles, cigars and carpenters are those responsible for calling for Creole and immigrant workers. These important guilds of the end of the last century distributed the 20,000 copies of the “Manifesto to All Workers of the Republic of Plata”, one of the oldest documents in trade union history. Gathered at the headquarters of the  Vorwärts  decide on March 30 to hold a meeting, a month later, at the  Spanish Prado in Buenos Aires  in La Recoleta. In front of two thousand people  Winiger  is his only speaker and strongly criticizes  Juarez Celman  , the Argentine president who had already persecuted him and fined him for “revolutionary incitement.” And that  first national May 1st  ignites the wick that explodes in July at present-day Lavalle Square.

One of the resolutions taken by the organizing committee for Workers' Day was the founding of a weekly. This is how “El Obrero” was born with the direction of  Avé Lallemant . From this rostrum of doctrine of socialist workerism he wrote, “the capital has been known to use the oligarchy of the warlord to lay its real in the country and the latter has been well paid while he was obedient and docile... But it turned out that the oligarchy abusó more and more of the power of the State to guarantee its own members of the consequences of the law on free competition... violated the laws of bourgeois democratic society becoming... an insufferable and absurd absolutism”, he finishes analyzing the fall of  Juarez Celman , and in a few words of surprising validity.

A decade after his death, Juan B. Justo  reinvested the importance of the German socialist scientist. In the pages of “La Vanguardia” of August 4, 1920, one could read, “Socialism is originally, and above all, a national movement. It is here despite having started mainly by foreigners - such as  Germán Avé Lallemant -... these foreigners better understood the generality of Argentine workers, the political and social needs of the country's production class, and helped to found the workers' political organization Argentina”, concludes the  founder of the Socialist Party of Argentina . As Alfredo Bauer refers in his work on German socialism in the country, except for a Cerro del Cordón de Varela (San Juan), a school in Las Pircas in the Department of Pringles (San Luis), or a fossil mollusk “chilina lallemandi”, the mention of this precursor of the popular political thought, and the hallmark of Argentinian naturalism, even on the left or progressivism.  Germán Avé Lallemant  's oblivion is also a key to thinking how with silences a national thought is also built.