Find out the last wish he expressed in his will, or to whom he wanted to bequeathed his sabre. 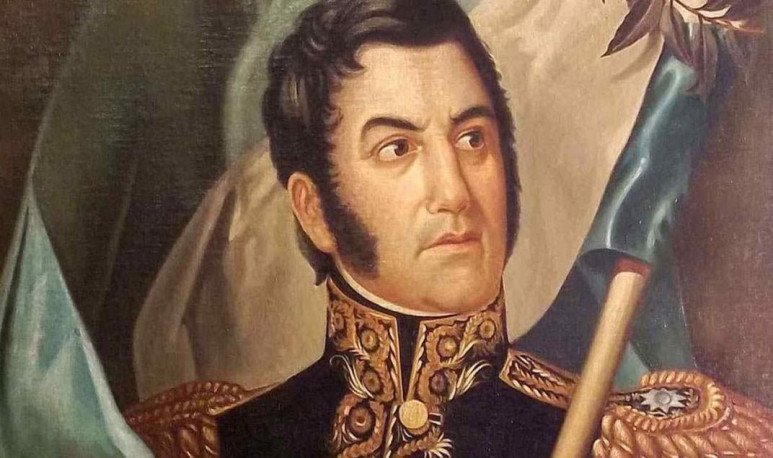 Through relics that treasure the Museums and National Institutes, we recall the General's teachings and curiosities.

Maxims to his daughter Mercedes

In 1825, in the city of Brussels, Joseph of St. Martin wrote a list of tips intended for the education of his daughter.  The original manuscript is preserved in the  Mitre Museum . 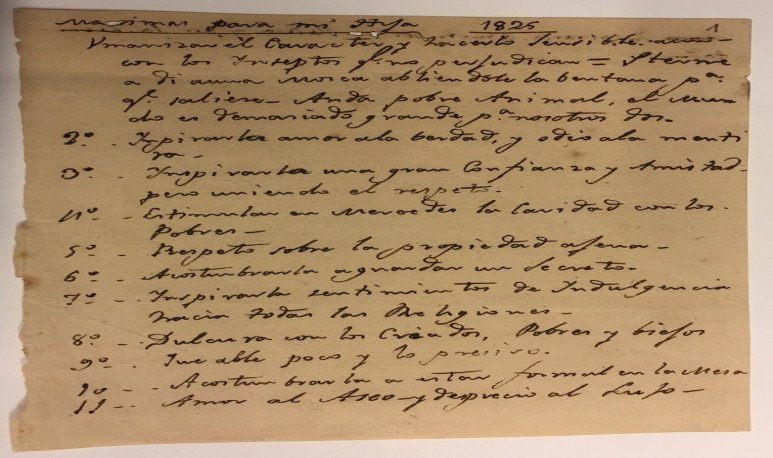 Within months of the birth of Mercedes Tomasa San Martín y Escalada, in 1816, the Liberator embarked on his journey to Chile and Peru. However, he maintained contact with his daughter through letters written with his wife Maria de los Remedios de Escalada. The reunion took place in 1923, after Remedios's death; since then, the General abandoned his career and began, along with Merceditas, his exile to Europe. “Every day I congratulate more and more on my determination to have led her to Europe and ripped off the side of Doña Tomasa (her maternal grandmother). This kind lady, with the excessive affection she had for her, had resiliated her to me - as the countrymen say - in terms that he was a devil,” wrote San Martin to his friend Tomás Guido.

He also had words of thanks in his will, dedicated to his daughter. This said: “The constant affection and care that has always shown me, have rewarded with usury all my detainments, making my old age happy: I beg you to continue with the same care and contraction the education of your daughters (whom I embrace with all my heart) if you in turn want to have the same happy luck that I have had.”

From France, in the city of Boulogne sur Mer, Saint Martin wrote each of his wishes with his fist and letter:  “ In the last corner of the earth where I am, I will soon sacrifice my existence for freedom.  ” 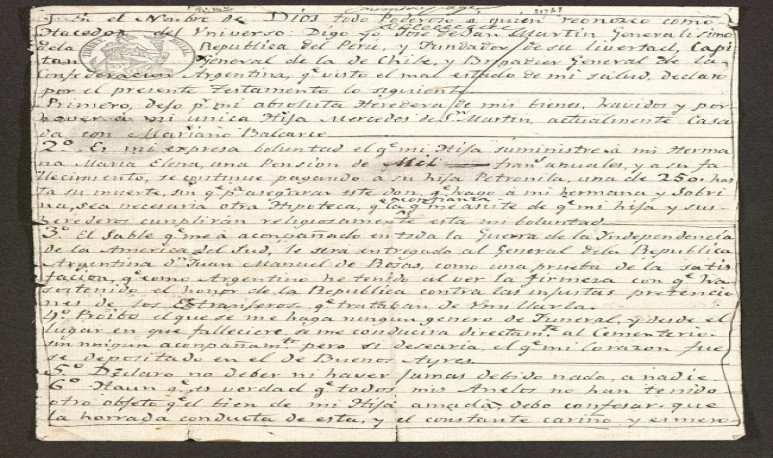 The will has seven clauses and an additional article, dedicated to the care of his family, inheritance of his precious assets and a manifest of his conduct and last wills.
His last wish:
“ I forbid any kind of funeral to me, and from the place where I die, I will be taken directly to the cemetery without any accompaniment, but I do wish, that my heart should be deposited in Buenos Aires. ”
An additional request:  “ It is my will that the Banner that the brave Spanish Don Francisco Pizarro trembled in the Conquest of Peru will be returned to that republic (despite being my property) provided that their governments have made the rewards and honors with which his first Congress honored me. ”

Saint Martin died on August 17, 1850, although  his remains were repatriated only around 1880 , during the presidency of Nicolás Avellaneda. Since then, they rest in the Cathedral of Buenos Aires.

It is exhibited at the National Historical Museum  and was the weapon that accompanied the Liberator of America in all battles for independence. He bought it in London in 1811 and stands out for its simplicity , does not possess gold pieces, arabesques or other expensive materials popular for the time. At his request, after his death, he was bequeathed to Juan Manuel de Rosas.

“ The saber that has accompanied me throughout the War of Independence of South America, will be handed over to General the Argentine Republic Don Juan Manuel de Rosas, as a proof of the satisfaction, which as an Argentine I have had in seeing the firmness that the Republic's honor has maintained against the unjust claims of the Foreigners trying to humiliate her.”

In 1896, Adolfo Carranza, the first director of the National Historical Museum, made the arrangements with the heirs of Rosas, who were in England to have the saber donated to the Argentine people. Successfully, the corvo was exhibited for almost seven decades in the Museum. But the adventures of the saber did not stop. In times of the proscription of Peronism, the saber was appropriated twice by members of the Peronist Resistance, and was recovered on both occasions. During the dictatorship of Juan Carlos Onganía, custody of the weapon was granted to the Regiment of Grenadiers on Caballo General San Martín, and it remained there for 48 years until in 2015, on the occasion of the celebrations for a new anniversary of the May Revolution, it was returned to the National Historical Museum.

There are few authentic portraits of José de San Martín.  It is estimated that he posed only on five occasions.  The first, in Santiago de Chile in 1817, for the Limean artist José Gil de Castro, and the last one in France, two years before his death, for a daguerrotype to be taken from him. You can visit both images in the National Museums. 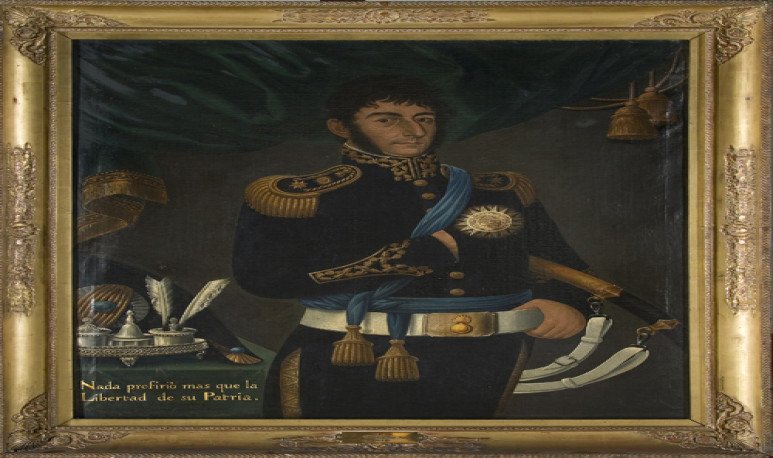 After liberating Chile, the people wanted to meet their hero. San Martin agreed to be portrayed by the mulatto Gil de Castro, who was in Santiago. The Liberator made friends with Gil de Castro and a special query with the painting, as he took him to Europe once exiled. In that painting José de San Martin is 39 years old , he wears the grenadier uniform with which he exercised command as General in Chief of the Army of the Andes; he has the corvo saber under his arm, General's band and on the table is famous hat falucho. 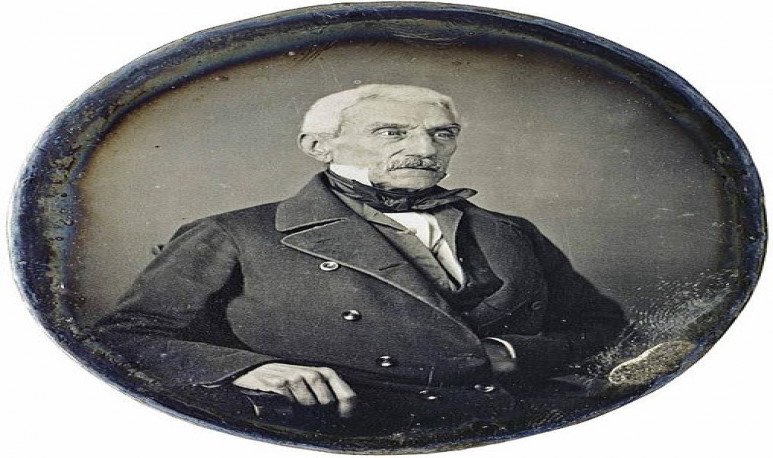