Home Argentine History 190 years after his death, the story of Juan Pascual Pringles

Because argentinity is also in the trajectories of these collective heroes who with their exploits were immortalized. 190 years after the death of Juan Pascual Pringles, we know his story. 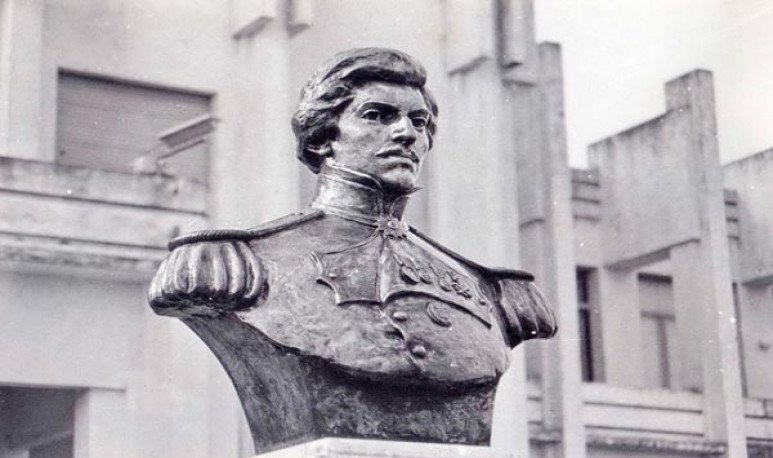 On May 17, 1795  Gabriel Pringles and Andrea Sosa, distinguished Creoles and respectable neighbors, gave birth to those who would become the procer puntane.   This is  Colonel Juan Pascual Pringles,  who was born a day like today. His life  would mark the history of the province of San Luis.  But it would also be of great importance for  the independence of our country.  This Argentine military man  participated in the war of independence and in the civil wars between unitarians and feds,  defending the flag and its ideals.

Chroniclers and scholars of the time say  that in February 1819 he had  an important participation  in the face of the uprising of realistic prisoners in the city of San Luis . And in November 1820 for  the heroic action of chancay ; he received a medal engraving  “Glory to the defeated in Chancay”.   By those years their feats and exploits began...

In December 1821 in  the Combat de Pasco  he received the Gold Medal and was recognized in  “Lordship”.  He was then defeated in Torata and Moquehua in 1823. In 1824  at the Battle of Junín , Pringles  received the “Estrella de Junín” award   .  Then,  at the Battle of Ayacucho  he was awarded the title of  “Benemeritus in heroic degree” 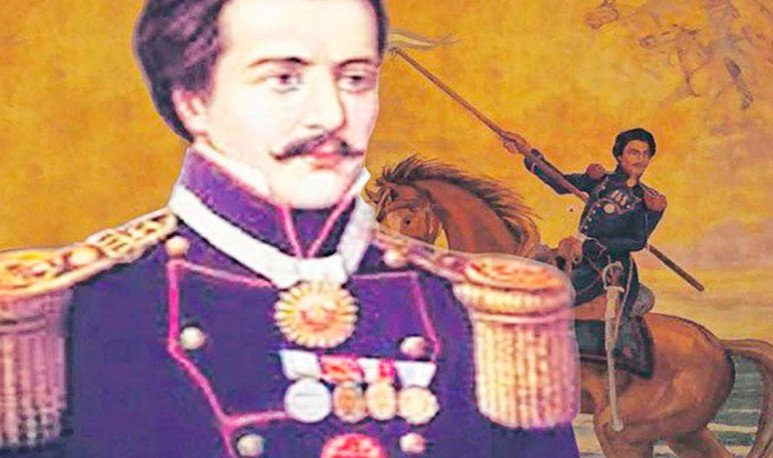 Chronicle of an announced death

His life story is recognized, praised and remembered.  However, there is something in his death story that  immortalizes and martyrizes him, giving him  admiration and respect on the part of the Argentine population . On March 19, 1831, at 5 pm in El Chañaral de las Ánimas, Pringles was wounded to death. Quiroga's men violated him, and he knew how to  resist until the last moment, without surrendering his saber.  This would cost him his life, but it would give him  eternal glory.  He was only 36 years old.

Pringles had fought under General Paz's orders  against Facundo Quiroga in the Battle of Oncativo and La Tablada.  Historian Martín Baca told about the last chapter of the life of the puntano. In his story he established that  it was intercepted  by a satellite match of Quiroga, crossing La Pampa del Alto Grande, very close to the Chañaral de las Ánimas, towards Rio V. cornered and outnumbered, Pringles gave in to the request for surrender. However,  what would unleashed his murder would be his resistance to surrender the officer's sabre of Grenaderos.   That's how the officer in charge  shot him in the chest and the Colonel fell dead.

Others have  a slightly more heroic version of his death . They say he was hit by a federal officer who didn't recognize  him and intimidated him surrender.   Pringles replied that he would only surrender to Quiroga,  so the officer  shot him in the chest. He was already wounded, he was taken to Quiroga's presence, but he died on his way. At that time, Quiroga covered her body with her own poncho. They say to the officer who killed him,  the Tiger  proclaimed:

For not staining  the body of the brave Colonel Pringles with your blood,  I'm not gonna shoot you four shots right now! Beware again, miserable, that a surrender call on my name!

Pringles was buried  under the shadow of a calden in El Chañaral de las Ánimas.   His body  was veiled for three days.   A few days later the news arrived in San Luis. Esteban Adaro, his faithful friend, went to the place to carry his body,  along with others close to him, and  give him burial in the Mother Church.   The posta would  become a historic place.

Years later, the remains of Pringles were transferred to the Central Cemetery or also known as San José. Currently, in the right wing of the Puntana Cathedral, the hero of Chancay rests.

Adolf Eichmann: the banality of evil in Argentina

May 1, 1890: origin of the Argentine workers' movement

Darwin in the country of argentines