The Inacayal chieftain was one of the last to resist the advance of the Army. 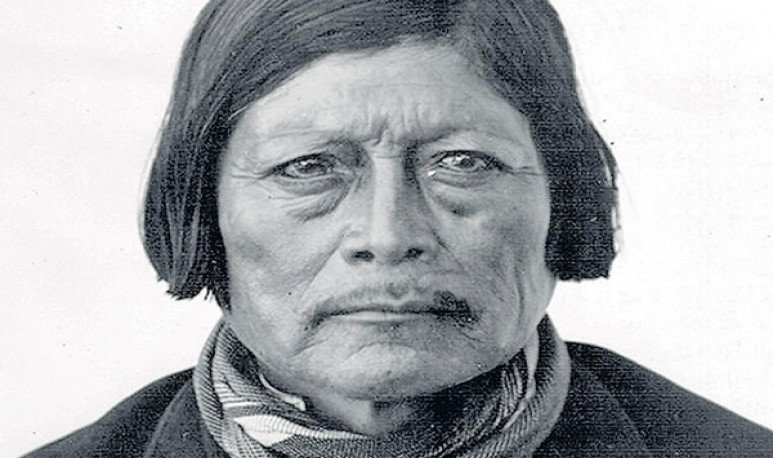 Patagonia  was the land of great indigenous leaders , who knew how to win the respect of their own and others based on their bravery, intelligence and bravura. One of them was the chieftain  Modesto Inacayal .

Born in the region now known as Tecka, in the province of  Chubut , Inacayal knew how to dominate large territorial areas and have under his command at least three thousand men who they endured the advancement of the  Argentine Army , while he knew how to be hospitable with explorers and scientists such as George Musters or the expert  Francisco Moreno .

He's thought he was born in 1833, but no one can assure him. Even in our days his ancestry is a cause for discussion, but the truth is that he was anointed chieftain tehuelche. He agreed peace with the national state and even flowed in his tolderías an Argentine flag that expert Moreno had given to his son Utrac.

However, the relationship between the army and indigenous people began to change towards the end of the 70s of the fifteenth century, when both  Inacayal, Foyel and  Sayhueque   were installed further north Patagonian on the banks of the   Limay River .

The military advance began to make necessary the withdrawal of the tribes to the south. For three years they were able to resist the attacks. There were three ambushes that diminished combat power, which was already at a disadvantage because of the armaments owned by the Army and the one they possessed.

In January 1885, Inacayal, along with Sayhueque and Foyel, surrendered in the fort of Junín de los Andes, and with them what remained of their tribes. They went on foot from the fort to Carmen de Patagones to embark the “Villarino” and embark on the trip to Buenos Aires, where they were prisoners in  Tigre 's military workshops.

The role of expert Moreno and his transfer to La Plata

After 18 months, Francisco Pascasio Moreno arrived in Tigre and promised him that, because of his friendship, he would fix things. Inacayal, his relatives and dependents left for the museum of La Plata, led by the expert.

The rest of those who remained prisoners were distributed as servants or sent north to work in the harvest. The life of Inacayal and his people in the museum would not be much different. They performed all kinds of tasks and were like animals in a zoo for the recreation of others.

There came a day when he couldn't take it anymore, it's not quite clear how it happened. Taking off his clothes he was wearing, looking at the sun and saying a few words, Inacayal fell down the museum's monumental staircase. Some say he committed suicide, others that he could be pushed. The truth is that on September 26, 1888, the brave chieftain left the earthly world.

Restitution of their remains

On the initiative of then-national senator Hipólito Solari Yrigoyen,  Congress  enacted law 23,940 , which forced museums to stop showing human remains in their showcases and hand them over to their descendants.

On 19 April 1994, with media coverage, the remains of the Cacique Inacayal were transferred to  Esquel  by an Air Force aircraft.  When he landed, he was given military honors. The urn containing his remains was then carried on horseback by indigenous descendants to the town of Tecka. When the procession arrived in the town, the urn was taken on foot to the mausoleum and, after an indigenous ritual, was wrapped in the Argentine flag and covered with stones in the style of a chenque.

However, years later, in the museum of La Plata, remains of Inacayal and also of his relatives were identified again. Therefore, in 2014, a complementary restitution was performed with the scalp, left ear and brain of the bravo chieftain, and the remains of his wife and niece, Margarita Foyel, who died months later than Inacayal.

The ceremony for the return of the remains was carried out in two stages. The first was in Esquel. Accompanied by the sonar of the kultun and the ñorquin, representatives of the Mapuche-Tehuelche communities took the seven wooden urns containing the remains of Inacayal, his wife and his niece.

The second part - even more emotional - was in Tecka, in the mausoleum, where 20 years before the remains of the lonko had been deposited.There, at the entrance, where a statue of Inacayal is erected, the ceremony began in the early morning and extended until noon was held.

Unfortunately, five years after the supplementary restitution, in July 2019, the mausoleum was desecrated.

On that occasion a poncho was stolen and bone remains scattered on the ground were found. The crime was not clarified.