In the mid-thirties the controversy was over according to the world: radio as a contemporary media is an Argentine invention. 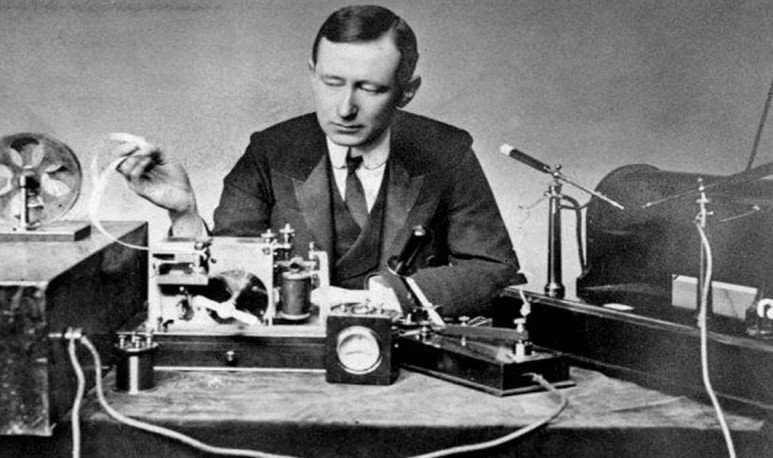 Buenos Aires  in 1934 witnessed two events transcendental to national identity. One was the XXII International Eucharistic Congress,  perhaps the largest mass mobilization in Argentine history  , and another, less attended, equally relevant, the First International Radio Congress,  an activity organized by the influential Argentine media  that received more than 40 countries. What is influential is not figurative, after 14 years of development, national broadcasting were the models of the North American and European because of the variety of content and the high professional level.For several days, technological advances and the possibilities of a medium that allowed diversity of opinions and instantaneity were discussed.Remember that  Argentina  was also advanced in live broadcasts, both with the assumption of President  Alvear  in 1922 and an Argentina versus Uruguay on the Sportivo Barracas court in 1925. Not to mention the founding development of advertising, live music, news and the star of homes between 1930 and 1950,  radio theaters . “I want to claim, not for immodesty, or to increase our merit, but because it is for the city and the country the absolute security that our first broadcast was the first broadcasting in the world,” said the doctor  Enrique Telemaco Susini , then, son of the first otolaryngologist in the country, and one of  “Los Locos de la Azotea ”, whom President  Yrigoyen did not hesitate to describe for posterity: “Those young people, who play science, have a genius inside.” A genius who lived in the future.

Hanged by a dream

Who were the  Rooftop Locos ?  Enrique Susini,  recently received from doctor, 25 years, and medical students César Guerrico  , 22; Luis Romero Carranza,  22; and Miguel Mujica,  18. Everyone had been fascinated by the experiments of Guillermo Marconi and “wireless telegraphy”, as they passed during the Centennial. A few years later  Susini  travels to France, during the Great War, and observes live the military use of the nascent radiophony.Legend has it that between his clothes, smuggled due to the military secrecy of the team, he returns with the 5 Kv transmitter that will make history  on August 27, 1920 . “We were doctors scholars of electrical effects in medicine and also amateur radio knowledgeable enough to be at the forefront. But basically we were imaginative people, lovers of music and theater. That's why it occurred to us that this wonderful invention could become the most extraordinary instrument of cultural dissemination,”  Susini  said giving the radio  an Argentine birth certificate  inspired by arts and democracy.

Climbing to the roof of the  Colosseum Theatre  on Charcas Street — today Marcelo T. de Alvear and 9 July — broadcast the opera Parsifal, less than a hundred  radios to galena . The next day more operas followed while  LOR Radio Argentina, the first licence of national broadcasting , was profiled and aimed at disseminating art and culture free of charge. Although there were previous experimental attempts since 1907 in the United States, and that same August 1920 a radio in Detroit shared the efforts of Argentines in the transmission continues, it is true that in the Rio de la Plata there was a contemporary idea of a radio as a content producer artistic more than like a propalator.

Some that increased the adventure in  amplitude modulated  were Radio Argentina, Porteña, Culture, Municipal, Del Pueblo, El Mundo, Excelsior, Rivadavia, Nacional Mitre, Del Plata, Belgrano, Splendid, and then with the renovation of mid-last century, and the arrival of FM in the eighties, we highlight in tight synthesis to Radio de la Ciudad, La Red, Radio 10, AM 750, Cooperative, Horizon, Metro, Rock & Pop, La 100, Aspen, Pop, Mega, Folkloric, Classical, La 2x4, Blue, Radio Tucumán, Mar del Plata, Cadena 3,  The Colifata , Palermo and La Tribe. In order to celebrate the sense of community translated into waves — and bit- that means the usual radio, and that in times of world quarantine rebounced in audiences for being a faithful friend, two moments to remember the transgressive and inclusive spirit of Argentine radio that is revitalized from the galena to the app.

Argentine radio stories: De Luca to the lady of the consortium

Taxi   was transformed, in 1984, into one of the main programs of a renewed Belgrano Radio directed by Daniel Divinsky  , the historic Argentine publisher  . “It was part of the boiling of democratic return, having left behind the military dictatorship; there was no such program on radio, aimed at young people,” commented his factotum, the endearing  Tom Lupo , a sensitive soul that best carried the ideals of  Susini  on the radio broadcaster of culture.“I will never forget one day in Villa Gesell, a grateful boy approached me because he had met  Macedonio Fernández  thanks to my program,”  Lupo  ended up, who made  Bobby Flores  debut on the air. One of the invited columnists, a musician who even replaced  Lupo  on a holiday, was  Luca Prodan  . “I was usually very zafado,”  Lupo  said and added the  chaco  with that Buenos Aires tone, worthy of a tango singer: “One day it says something like 'you go through life and there comes a collective 60 and it makes you shit'.I made him a sign right away, and he, then, says, 'Oops, I said shit'.I never knew if I redouble the bet, or it was a sincere apology, because he took advantage and said it again,” the announcer and psychoanalyst closed about an unexpected moment, precursor of an unbounded, free radio, and that would have  Elizabeth Vernaci and Fernando Peña  among his most genuine heirs.

Another over the eighties, which together with the forties was the most creative of  Argentine radio  without a doubt, something that can be easily seen listening to the thousands of children on the air,  streaming  and on  Radio Bangkok 's podcast, that groundbreaking radio proposal conducted by  Lalo Mir . A group of students from a cool Communication Career  at the University of Buenos Aires  yearn to have their own alternative radio, such was the explosion of unlicensed broadcasters around 400 in 1989. And explosion is not a random term in the year of the economic collapse, looting and the claudication of the alfonsinist democratizing project at the hands of  Carlos Menem's neoperonism.  Young people, as young as Los  Locos de la Azotea,  had rented a small apartment to start broadcasts of  La Tribu  , a medium that was  the first to impose the feminist agenda and sexual diversity,  among other issues that did not enter on “commercial radios”. But there was a problem: they had no antenna on the terrace. Not even the key to the top floor. That same night in October, a consortium meeting was convened, which was attended by part of the founding group,  Hugo Lewin and Viviana Rybak  , while Ernesto Lamas, Maria Cabrejas, Ivana Erlichman and Déborah Gornitz were still fighting with the console, indeed a humble mixer of disc jockey. Everyone wanted to get on the air as soon as possible, but it was impossible without an antenna, of course. Hugo and Viviana presented to the building's neighbors as “teachers of a radio workshop, professors from private and state universities, in doubt,” they waited three “endless” hours to politely request a long-awaited permit. But one of the censorcitas, claiming technical knowledge, refused resounding and thus frustrated the dreams of the new Locos. First it was the memories of old radio theaters, and musical performances in radio studios, which drowned that gentleman's resistance and, finally, the opinion of a neighbor uncluttered the entuerto: “After all, if I have my own TV antenna, they too can have their own radio. If I have the right to watch TV well, they have the right to listen to the radio well.” At eleven in the evening the act was signed, even because of technical disagreement, and the  FM La Tribu ether was born.

Final Coda: Two of that enthusiastic bar of  Los Locos de la Azotea, Susini and Guerrico,  were also responsible for the first Argentine television broadcast in 1951. That's another story.