The young woman was wanted by her father for 42 years and in 2013 she was first contacted by the agency. 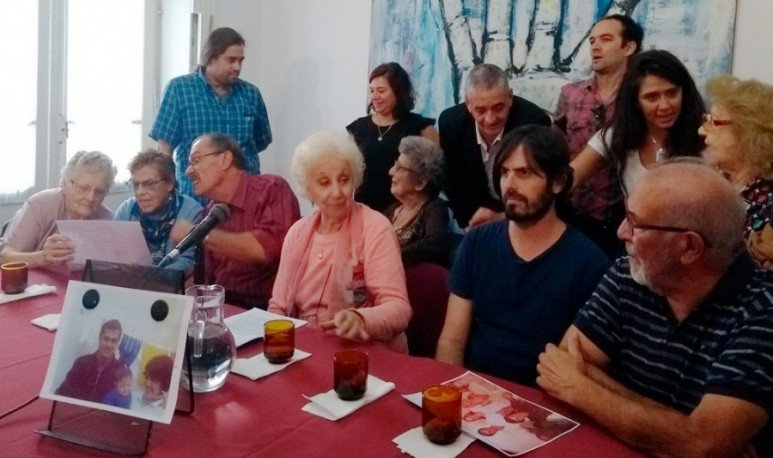 Grandmothers of Plaza de Mayo  today confirmed the restitution of the identity of the 129th granddaughter, daughter of a couple of PRT-ERP militants, Norma Síntora  , arrested and disappeared by the last military dictatorship, and Carlos Alberto Solsona  , who survived state terrorism in the 1970s.
As the head of Abuelas,  Estela de Carlotto , explained in a press conference, the young woman was wanted by her father for 42 years and in 2013 she was first contacted by the agency, with the aim of inviting her to perform a DNA test.
This analysis, which was completed some time later due to the fact that the recovered granddaughter resides in Spain, was monitored by federal court 12, by Judge Sergio Torres, based on genetic data provided by her father, older brother and maternal grandparents.
After expressing the “tremendous happiness” of finding the woman, Carlotto gave a brief review of the path carried out by the Grandmas research team until the confirmation that she was Solsona's daughter and Sítora, who was kidnapped in May 1977, eight months pregnant.
Solsona survived the dictatorship because she was outside the country when his wife was arrested and disappeared by the military and, from that fact, the man decided to remain in exile.
“ Nothing else was known about Norma and the baby, who is presumed to be born in the clandestine center of Campo de Mayo,” said Carlotto and highlighted the early complaint made by the grandparents of the granddaughter recovered in the subsidiary of Cordoba de Abuelas in Plaza de Mayo.
At the press conference, in addition to Solsona, other relatives of the new granddaughter were present, such as her older brother, who was raised by her grandparents, and an uncle.
The kick-off that clarified the story of the granddaughter 129 was given by information collected in 2012 about a young woman registered as a daughter of a marriage through an apocryphal birth certificate, signed by a doctor of the Federal Police and allegedly after a birth occurred in a private home, said Carlotto.