If there is a meal that defines us as Argentines, perhaps more than the roast, it is fried cakes. What is its origin? Why do they eat when it rains? 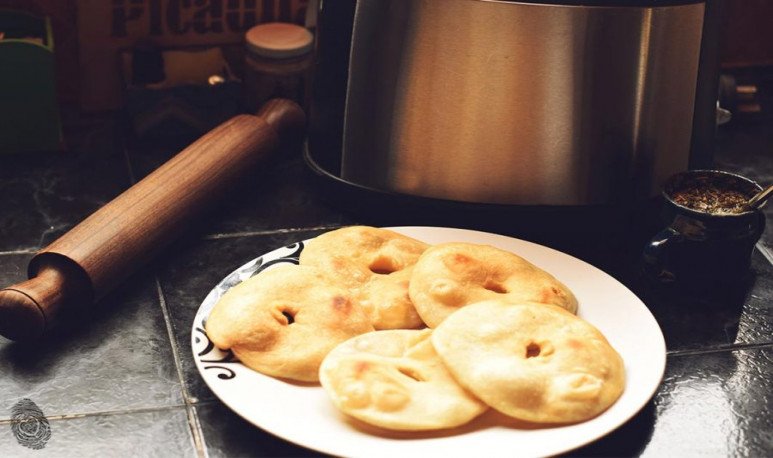 If there is a meal that defines us as Argentines, perhaps more than the  roast  or the  pot  , are fried cakes. Of the other national dishes (excluding, perhaps,  locro ), I tried more or less similar variants in other latitudes of the planet. But not the fried cakes,  I just ate them here . Now, what is its origin? And, above all,  why do they eat almost exclusively when it rains?

By investigating a little I came to the fact that the origin, even if you don't believe it, is German (against all odds, or perhaps against my own prejudices, I must admit that what surprised me most about German food is the pastry shop). Anyway, it seems that we owe the arrival to the shores of the Rio de la Plata  to Spanish and Arab immigrants .

In today's  Germany  this food is known as Kreppel (in Entre Rios, province with a large German colony, I also heard this way of naming them some that again). Either way, we have our own celebration: in   Mercedes,  Buenos Aires province , the first weekend of April takes place the Provincial Frit Cake Festival, where the largest in the country is made (and, I suspect, in the world):  three meters in diameter.

Why do we eat fried cakes when it rains?

Here we are already entering the field of myth and speculation (the terrain that I like the most, I must admit). It seems that the question of doing them when it rains comes from Uruguay, at the time of the colony. Since drinking water was somewhat scarce, not much was spent on such preparations, then rainy days came  with the godsend : women collected rainwater and with it made the dough.

Finally, if there is a Martian who never ate them, the  recipe  (at least mine, which my grandmother passed me, I imagine that each family should have his): mix the flour with warm water and salt. Pancakes are formed (do not forget about the hole and fry them in fat ( never in oil, NEVER! ).

Another familiar tip : before eating them, add a little  lemon . A simple and rendering exquisiteness.