Home Argentine Editorial When is the Pope coming to Argentina?

We all wonder when “our” Pope comes to our country. Undoubtedly, the Argentine Catholic community is earnestly waiting for such a visit. 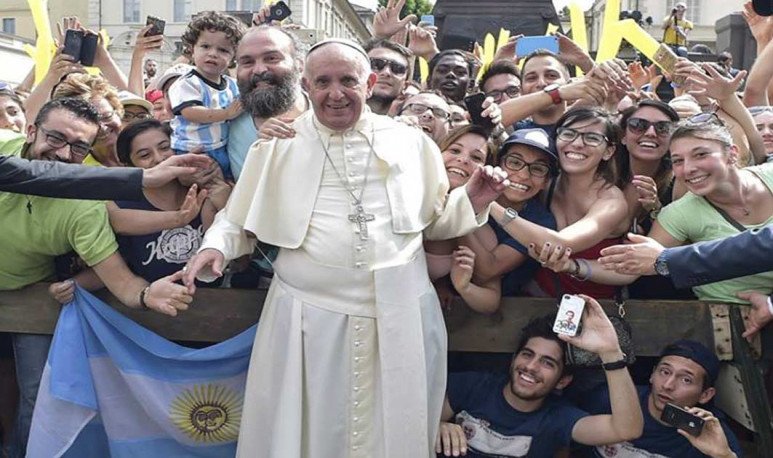 Whereas Pope Francis has been papacy for several years, is it strange (or not?) who had not yet visited their country of origin. Just ours, the one who loves so much. Knowing the found opinions that generates his huge figure.

This dichotomy is the result of some contradictions that awakens love and hatreds, so typical of the argento. Does it sound to you? Which is attributable to his thinking, his expression, his proceeding and obviously to his past...

While Pope Francis   has a keen power of social observation and a wise way to remain silent   , we also know that when you want to say something or send a message, it does so in such a way that it usually shakes everything around it. This is not new. Jorge Mario Bergoglio   has always had an important ancestry around him.   And even though humility is one of its most outstanding characteristics, it is undeniable   its political facet in favor of the weakest   .

Your action, is your best way of saying

Probably,   the one chosen to star in a recovery in the expression of faith   . And it is no coincidence that he encarnates the great transformation that the Catholic Church owes to its faithful... a challenge whose line must have been sought in a man of the end of the world.

We Argentines celebrate their arrival at the Vatican as a way to vindicate our values. To exalt culture, our particular way of being. AND   Francis is essentially a little bit of each of us   . He's a good argento. And it hurts poor and decadent Argentina, which does not develop as we all wish.

Obviously his action is stained with an ideology that we can or may not share. But it would be good, put on his worn shoes and understand that he is a man who is wrong, like any other;   who struggles with a millennial structure   ; and surf among hundreds of powers, who only want to bring water for his mill.

The world recognizes him as a liberal, away from a conservative system

It could be defined old-fashioned. A doer. A messiah of these times. Meanwhile, in our country, public opinion is divided, aligned with a crack that devours everything in its way. That puts it on one side or the other. According to the timing and expediency of various interests, when in truth   your position has always been clear   .

Close to the most needy, to the poor, containing and fighting for inequality of opportunity.

You are very likely to want to come to our country

And he hardly succeeded in realizing his true longing to unite as a society. He knows that   your arrival would be tarnished by thousands of guesswork   . And that there is no room for speculation. It's probably time to assume what it is and how it is. Our Argentina and our Pope.

According to the commitments made by the Vatican, this year will not be possible. But in his agenda a space begins to be glimpsed. There is a great chance that 2021 we can welcome you. And enjoy a visit where the whole world will put their eyes.

It is time to reflect and recognize a work that may or may not represent us, but which the world respects and sees as one the positive imprint of a Pope in the midst of a pontificate who probably marks a before and after in the Catholic Church.