Home Argentine Editorial What the hell are we complaining about?

Are you mad because you have to drink Coto Cola instead of Coca? This government is doing works for 100 years. We complain about full. 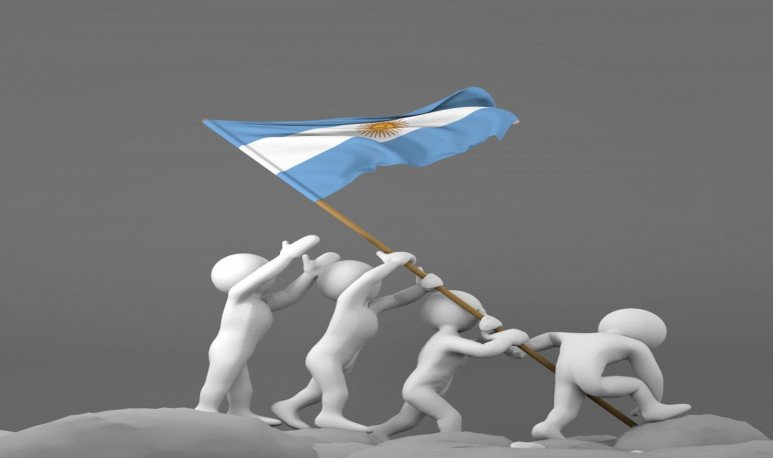 We complained about sports. Without thinking. Let's think.

Argentina is one of the largest countries in the world in terms of territory. It is one of the largest producers of grains and livestock. It has developed mining. Wines and fruits. From north to south it produces transportable materials. Is it logical that being so big and producing so much, rail transport, which is the most economical, has been shattered?

And that directly affects your pocket, making transportation costs expensive. It also makes thousands of exports unviable. And the country suffers its trade balance.

Is it logical that such a large country has an 80% and devastated SMEs industry? A country that exports raw materials and rebuys products made from that raw material. It's crazy, isn't it?

It left the country without its own production, generating high  unemployment  and an increase in goods and services.

And this is one (one) of the causes of Argentina's inexplicable poverty. How is it possible that we have had 52% poverty (Duhalde did) and now we're in 33? How are we going to make all those people who charge social plans understand that in order to live worthily we have to work? A Venezuelan takes three months to get a job, and here there are Argentines charging social plans years ago. The plan was an idea of Lilita, which went wrong for the people, but well for the national, popular and egalitarian project, which failed to reduce poverty to less than 30%. A shame.

Corrupt billionaire public work  . Corrupt justice and security forces. Drug trafficking even in the villages. And at the same time, they disarmed the cops and the military. Congress, National State and provincial full of gnocchi. Retirements to people who do not live in the country and false handicapped. There are teachers who do not know how to write and high school students who do not understand texts.

Seventy years of liar and  military Peronism, only cut off by a mediocre radical government and another lousy. And you want Macri to fix it in three years. Don't you think it's a little impossible?

It is undeniable that the great debt of this Government is the economy.

But poverty in these three years did not go from 5 to 30%. It went from 30 to 33. Should I have come down? No doubt. But we had drought instead of soybeans at 650 pesos. Quilombos in strong international markets. And the two chambers of Congress against

In spite of this, works are being done throughout the country that was renowned for life (freight trains, sewers, lighting, asphalt, drinking water). Drug trafficking, corruption and insecurity is being fought. With justice where the victim is the perpetrator. We are trying to revalue education, because, we have already seen: an uneducated people is a subdued people.

70 years ago, Japan, Germany, France and England were destroyed in World War II. Peronism destroyed us. Compare countries and tell me, with one hand in your heart: Are you angry because you have to take Coto Cola instead of Coca? Fuck me.