Home Argentine Editorial What is that “new normal” dope?

There is talk around the world that the pandemic will leave a new way of living normal. Calm down. Read me because I'm sure nothing will change. 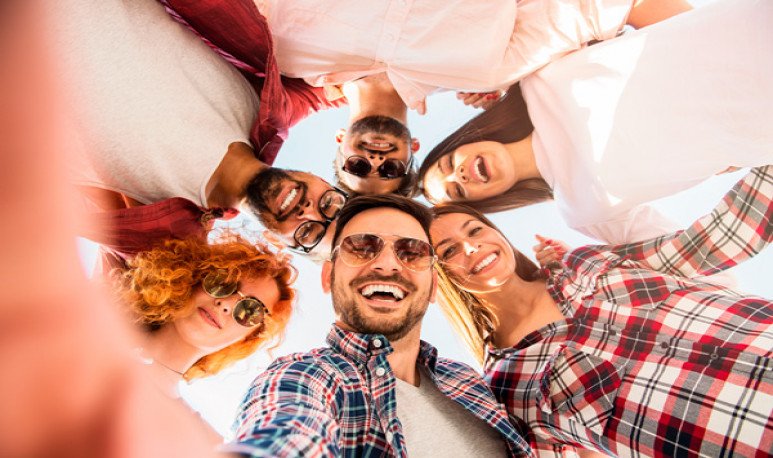 Kirchnerism always liked creating words and putting terms into fashion.  It's not a criticism at all . These are styles of militancy.“Corpo”, “Opo”, “Progre”, “Nac and pop” are just a few. Of course they don't have anything about “nac and pop”, especially if we look into the deep interior of the country, don't they? But, well, I'm not concerned with the inconsistencies or the inconsistencies. The topic of terms is more associated with a theme of youth, of the search for natural belonging of young people. Maybe used by Kirchnerism to get together. Nothing reproach, either.The same goes for “inclusive language”. Which to me is a sovereign mamarracho, but to a certain class of boys it seems important to them. Another day I will express my point of view.

Now we have “the new normal”

Here we have to divide. On the one hand there is the  uncertainty we will never unveil  as to whether “the new normality” is, as they say, a way in which the government wants us to accept the isolation to which we are obliged. Isolation that would be a tool to subdue, paralyze the country, flatten it towards  poverty  and generate many poorer dependent states than the millions we already have. Will it be? I'm not concerned with  politics  on this note.

On the other hand, and that's what I'm dealing with today, there were people all over the world who at the beginning of the pandemic rushed to predict a lot of horrible things. Most about  how it was going to change our life . Charlatans and people with inferiority complex who can't accept not knowing about a topic, there are everywhere. We Argentines, in particular, are like that. Very like that. Maybe there's not so much charlatan. I'm not saying there aren't. But next to the number of us who  can't stand not knowing about all the issues  that are dealt with in the world, they do not exist. Today there is an earthquake, we are experts in geology.  Messi  doesn't know if he's leaving or staying in Barça, but we know what he should do. Better than him. Even though the only thing we did as athletes was put on a jogging. Not to mention that in these times we are all infectionists.

The guy does everything he criticized just now! Hahahajajj. Let's think a little bit: we're Latinos. Exaggerated. Friendly ones. Warm. To that,  add the argentinada . We're super expressive. Affectionate. As Dustin Luke says, we live moved by a higher desire to integrate. Who can think that once we're released, we're not going to hug each other again and say hello? Break the social distance that is killing us today. Kiss even a stranger when greeting. Squeeze in trendy bars. We're already doing it! Eye: with a barb, uh...

And this is one of the things that in the  pandemic   equated Buenos Aires with the rest of the country . I'm sure not with life in the village. Where the epidemic did not reach by distance, by little movement of outsiders. But in cities in the interior of the country quite the same thing happens as in Buenos Aires today. To a greater or lesser extent. But it's the same thing.

Who can take away the affectionate from us? A pandemic? Not by chance. Modern Nostradamus forgot or do not know that to change the habit of a society it takes years to repeat the same custom... Well, if we continue this way, in Argentina we could make it...

Let's celebrate that beautiful custom that we have to give us affection. To vibrate together. To integrate with each other. After all,  the one who wins the game of life is not richer from the cemetery . The one who wins it is the one who takes the most moments of love, laughter, happiness. And that's what sharing gives. Bad things called “girls.” Like a mate. Lend an ear to a friend. Say hello to everyone when we enter the village warehouse. Those things that give us life. That they put a smile on our face.

The things we  Argentines  are not going to deliver for nothing. Those for which  they really envy us in most of the world . And we aroused curiosity. It's those few imitable things we have. Our brand in the history of ka humanity The seal of quality.

I don't think the pandemic will change us at all . Especially the average Argentinian. Maybe some porteño, it could be. Did you see that we're like more vulnerable? More paranoid and tense. I tell you more, nobody's going to change much. I have a friend in Germany who lived there for about 30 years. He has two (2) people whom he considers “friend”, but if he digs a little, they are not what we know as “friend”. Well. To see them you have to schedule a meeting. It's not like he grabs the celu and sends whatsapp saying “I'm going there” and falls into the house with a beer. Far from that. They schedule a meeting. Do you understand? Then, the pandemic is not going to change them much either.

It is a pity that some people suffer from changes that will never happen.  When it would be so good for us to think about the changes we really should make  to be that power we should be. And we all live in opulence and not in poverty.