We didn't understand anything about coexistence and its basic rules. Like respect for the law. Then we demand it when something happens to us... 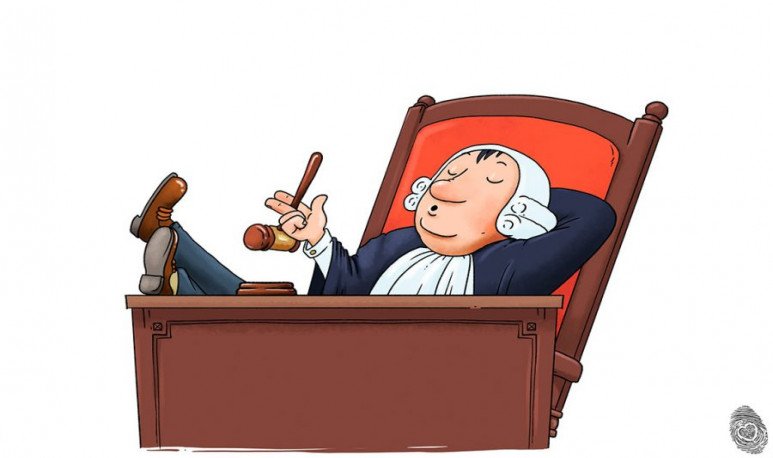 The other day I watched a video of a security camera on a street. I imagine, from the landscape, it must be from the  Buenos Aires conurban area. But it could well be from anywhere else. A young man on a moped kicks a  traffic surveillance camera. Fuck it. Maybe I broke it. And run away, victorious, of course. We didn't understand anything. Nothing at all.

Inside the boys go hunting. And when there's nothing to aim at, they fill the road signs with holes.

How many  mayors , councilors and  commissars  believe they have the power to stand above the  law  ? I have an acquaintance who, in one of those weird road traffic jams, had no better idea than to be sent by the banquina. Well, yeah, he had another better one. Summon that he was carrying the  roast  for the commissioner in the trunk, when the walker stopped him. Daring man. But he lied so safely, that, coupled with the fear of possibility, they let it pass.

We're rebellious before the law. There's no case. We didn't understand anything.

You can't live in a  country  disobeying the law.  We think so. That's nothing wrong. Well, I know that, for example,  we're the 8th country with the most  deaths  in  traffic accidents  around the world.  It's about 7,000 dead a year. And I don't want to think about how many are maimed or paralyzed for life. There's no data on them.

When we don't respect the law, things happen.  In  Buenos Aires  we are fed up with demonstrations, for example. Luckily, inside, these things don't happen. Boys sometimes, they get violent. Stones to the police, etc. Now, the  police  are responding with the same tenor of aggression, and the Inter-American Commission on Human Rights is already going out to say “gansas”.  The cops aren't human?

It's just an example. It is the beginning of the  corru  tion of things. Then we ended up with  judges  who say that if it is with the light off, it is not rape (literal; Zaffaroni said). Or with prisoners who earn a salary for being imprisoned, doing nothing. People who charge plans for life. Disability pensions granted to persons who are not invalid.

Not to mention corrupt people stealing from  public space . Or trade unions who are elected 50 years in a row. Billionaires who claim to defend workers' rights...

How can we pretend to be equal before the law, when something happens to us? Where do we ask for Justice, when is something happening to us? If we don't ever defend her. Sure: when it's up to us, we remember. We protest. We went out into the street. And what changes? Nothing.

Because it is encyst in  society;  we allow us to live without Justice. And as long as we don't understand, understand, apprehend, nothing is going to change. It's the first step. Indispensable to improve. That's the bad news. Good ones, I owe you.