Home Argentine Editorial Voting with our stomachs, we're going to starve to death.

Voting with our stomachs, we're going to starve to death.

It's time to think about what this country that is going to make us and our children happy should be like. 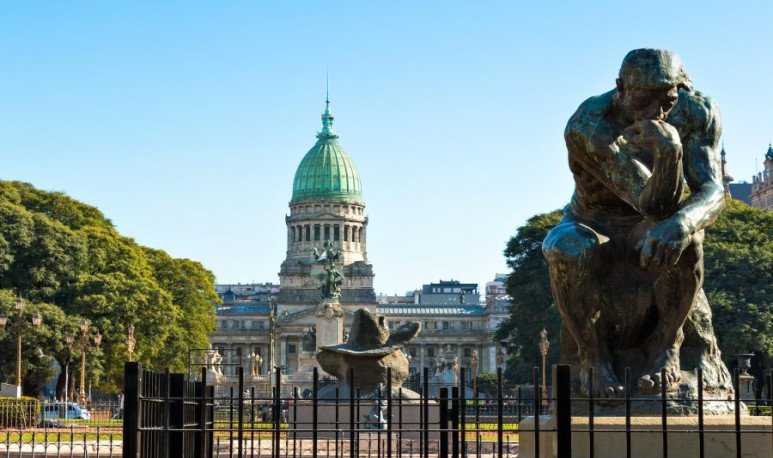 By: Bob Ventura
We have to stop voting with our stomachs (let's leave it to the poor, because that would be logical) and our hearts, to think very well about the country and the common good, if we want to get out of poverty once and for all. It's time to understand that there's no such thing as "I'll save myself and everyone else who shits." What do we vote on, so far? With ideologies, we didn't do well. Let's check it out. Peronism: a popular movement that proposed to combat capital, commanded by a military "selling" who was left-wing, but hated "Che" Guevara and the Montoneros. "You filled my government with lefties and fags," he told Camporita, once returned to the country despite his will, to take power for the third time in 1973. Capital fought him, and boy, did capital beat him to it. We even had gold in the halls of the Central Bank. And by the early 1960s that gold was gone. A mystery as great as who financed the stay of the Peron couple in Spain, which is worth gold, I would say, from 1955 to the present day... Peronism came back in the'90s. King Calo I eliminated almost all the national industry, with the small detail of forgetting to reconvert it before, leaving millions in the streets. And it ruined two generations: those who were left without work and those who grew up seeing their parents lying on a couch, unable to get out of their depression, and their mothers having to go out to work for two pesos. And so, after 5 presidents in a month, we came to the "". The national and popular movement, which left 30% of the poor, equalling the misery of 15 million Argentines. The one who swindled and stole like no one else before. That flooded the hopeless heads of millions of kids with paco. From there to street violence, two plus two plus two four. The one that left us a society with totally distorted moral and ethical values, from which we will take two generations to recover. Radicalism and its ideology that things are arranged by themselves and that they must be allowed to happen: a government that could not do much more than consolidate democracy, which is no small thing; but with what is not eaten, nor educated, nor is a country brought forward (sorry for contradicting it, dear Raúl, wherever it is). And that was the good one. The other was that of the Sushi Group, of the little brothers De La Rua and Ramiro Agulla. These three names are enough to understand why Fernando fled by helicopter. Neither of the two governments ended their terms of office and could not control inflation, corruption or do anything for health or education. Let's change it up a notch and take a closer look at it. While the ideology of transparency, modernization and equality seems to be appropriate for this stage, it still navigates a sea of successes and errors, both products of its own decisions, the "heavy heritage" and the sticks in the wheel. He has the historic opportunity that Alfonsín had to change the country. Now with the challenge of facing the 21st century and the dramatic changes to come of having to rethink what we are going to offer to a different world than the one we know. If voting ideologies didn't go well for us, voting men did worse for us. Only Perón was able to transcend his own, with disastrous results for us, of course. From their eggs (that is, from Peronism) were hung such dissimilar thoughts as Cafiero, Luder, Herminio Iglesias, Menem, the Rodriguez Saa, Duhalde, Solá, Massa, Rucci, Kirchner, De La Sota, Aníbal Fernández, Insfrán, Iconicoff, Moyano, and the signatures follow. From Radicalism, only Alfonsín is saved, and it is clear from the emotional point of view. It goes without saying that this is how we were followed by names. Maybe it's time to think about a mix. To think about voting for projects and people who can carry them out. To think about what that country must be like that will make us and our children happy. Think about how it will be placed in the global context. Thinking about voting for those who ensure adequate education for young people; housing for those most in need; health, work, justice, dignity and prosperity for all. To think for once about the future and not the present. To think.