Home Argentine Editorial The thrill of being an Argentine.

For those who come to know us. And for ourselves, obviously. Because we're the country with the most psychologists in the world for something! 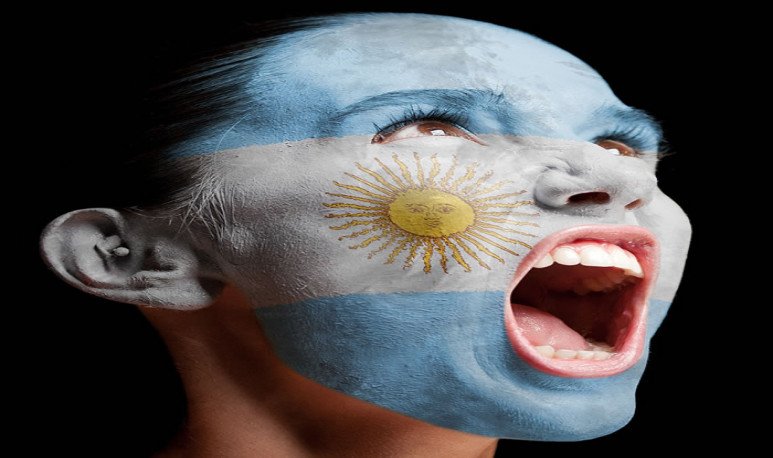 I think nothing photographs us better. We must be the most interesting country in the world, with all our dichotomies (Unitary or Federal;  River  or  Boca  ; cooked or juicy; and millions more),  our volatile and explosive mood , the curiosities that all have but we have them exacerbated to the nth power.

Everything must be immediate. Now.  “ I don't know what I want, but I want it now!  ”, as Luca Prodan immortalized; an Italian raised in England and died of love in  Buenos Aires . Just someone with that mix is capable of being the one who has ever understood us best.

But he couldn't stand us. Maybe because we believe what we are not and boast about what we lack, self-deceiving ourselves that others do not realize that we are missing.

Maybe because we discuss the most banal issue as if it meant the life or death of the country, and with the most serious we do memes, jokes, videos. Maybe we laughed to make our own digestion easier or our “unbearability” (let's take the license to invent a word, now that it's so fashionable). Lughing at oneself is a sample of intelligence, after all. -No?

Of course we are also      supportive and hospitable  to the point of giving what we don't have. And we are the best friends (in the world, perhaps without exaggeration). And the most applauding audience.

The weird bugs on the planet.

Those of whom many are wondering how we got here, doing things like we did. If we have everything to be great. And we may be great; but in our own way, not the way the world is accustomed.

Nobody understands us. And in this place we're going to explain.

Not through a text, but through years of notes, photos, videos, themes, humors, experiences, feelings, anecdotes. It's just that we have to reach everything we can to define ourselves.

“ For all good men and women who want to inhabit Argentine soil.  ”

For those who come to know us. And for ourselves, obviously. Because for something we're the country with the most psychologists in the world!

This volatility that characterizes us Argentines forces us to seek a definition. To define our identity and our “Argentine Being”.

There is no other word in the world that performs the same function. We never talk about “spainolidad” or “italianity” perhaps because for them it is more than clear what their identity is and what defines them. For us it becomes more difficult because of the constant changes we are experiencing. The crises, dictatorships and governments that passed made indefinition and chaos our flag. That's why we needed a word that encompasses all that so we don't have to explain each other every minute. And so  argentinity was born.

This word that we use to define ourselves, but which at the same time is mutating in meaning, is a reflection of our way of being so volatile and chaotic. It sounds a little bad to say so, but it is what we are, what defines us as a nation and as a culture.

Argentinity  came to set the way for us, to define what we want to be as a country. The mutability of its meaning helps us to find ourselves and to find where we want to go.

We could say that  argentinity  is a potential identity, that is being built day by day and is in a constant search to find its definitive definition (worth redundancy).