Home Argentine Editorial The crack does not exist

The crack has been inherent in all mankind since we have been civilization. The important thing is to discuss ideas to be a great country again. 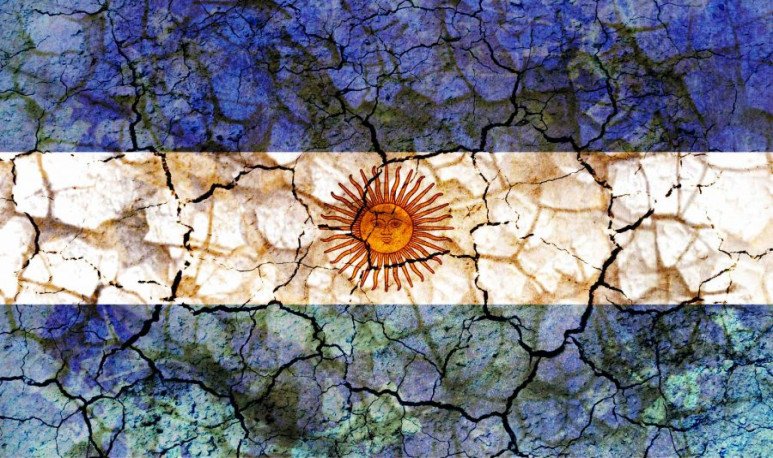 We Argentines are facing a historic opportunity. Bah...  once again, we have a “unique” opportunity . The one to become serious. Grow up. Mature. And take off as a country.

Does anyone know between what and what is the crack? Indeed

Now, all those cracks aren't everywhere in the world? They're there. Since the world is civilized. They are an inherent part of the human being.

Once again, we eat the story that we have something unique . That we're different. And no. We're not. Hello! We are comuneeeees! That kills us, doesn't it?

Let's stop breaking the balls with such boludez

Let's see what's important.  With this enriedo that is happening in the political present, there is a great opportunity .

The two main candidates set aside their ideas and unforeseen allied themselves . Played, they were.

Cristina  Elisabet  called a guy who a few months ago, not five years ago, denoted her as soon as the media could. The one she, years ago, had kicked into the ortho of her government.

If she's vice of him, it's something else. A lot of turkeys were said about it. Like she's going to Vice for him to pardon her... If he's Vice, he's president of the Senate, I mean, keep the fueros. And if he wins, the trials are over. For me, he's going to Vice because he knows that Presi remains. Besides, Vice can control Congress.

The guy, on the other hand, is sure he was thrown out like a bad dog of power, and he comes back.  Knowing it's a puppet. I don't think at all he thinks about getting to the government and sending him, with  Cristina  Elisabet next door. I'd be a fool; and fool, those don't have a hair.

And it adds +A... Sum +A? It remains everywhere.  His voters, they won't follow him, because their votes came from antiChristinism. Remember that in 2015 they asked him to coalliate with Blue Eyes. And on top of that, it's another one who criticized her until two months ago.

It seems she trusts that with her faithful she reaches her. Because Alberto doesn't have his own votes. +A will have few left.  And the boys at the  CGT  have thousands left . The best political picture in history will be wrong that ugly?... Well... He put them on Yoli and Hannibal in 2015. And now he goes with Kichi to the province...

For me, Cristina Elisabet is slapping drowned. We'll have to see when the polls give you a loser for an irremontable figure.  I keep insisting that you get off.

On the other hand,  Cambiemos is transformed into Together for change . The move appears as brilliant. It's, at least, surprise.  Macri  is an engineer. I mean, a guy who formed and worked calculating and forecasting. Picchetto has a lot to bring to Cambiemos. And much more than any other candidate. Do you have your own votes? It doesn't matter. He's going to contribute leaders, governors and mayors. Who are the ones who have the votes. He has a flawless Senate management. Image of a dialoguist and negotiator. Yes.  The President's move seems brilliant . By the way, let everyone who asked him to open happy. But I would focus on Picchetto's play. I put my hands on the fire that the guy, before accessing, made sure all his  Peronist  friends follow him. Because  Picchetto, this move is bolder than Macri . And his last candidate card is played.

And then there's  “the middle avenue.”  Those who say they're gonna close the crack. That one that doesn't exist.  They were those who were plowing in the mud , hung for not closing either with the officialism (which fanned Picchetto) or with Ella (who tended +A). There's everything there. Everybody trying to tear a little bit of power, like +A. No proposals, obvious.

I'm going to simplify it, so it won't be dense.  We have one more opportunity to be a normal country from a political point of view . How? Sincere to us. Which I think is what this new political landscape today is going to bring about.

On the one hand: left pulled to the center . Cristina Elisabet and her troupe. For half the country, the jets.  On the other side: the center right . Together for change. For half of the country, which could not lower inflation (let's see what they think in October).

Enough. Let's be, for once, normal like the rest of the world. Like when we were colonialists or separatists (actually, loyal to  Ferdinand VII  or not). Unitary or Federal. Civilization or Barbarism. Roses or  Urquiza .  Rock  or  Mitre  . Radicals or Conservatives. So far, we were a country of putamadre. Then came “El Pocho” and the third place and to hell.

Let us return to two parties, with clear ideas and proposals . How is it going to be put together now. Let's stop discussing pelotudities, to  discuss ideas . What country we want. What a course. Belonging to the world or to the Venezuelan-Iran axis? Do we export gas and oil or do we import it? We develop the metalworking industry, the intelligence industry, the field? Do we make sewers or do the poor still crap in a well? Do we educate the people or do we continue to submit it? These things have to be discussed, every four years. And ready. Let's stop screwing up  and move forward at once .