José Hernandez inspired me to give my best with these lines. And I set out to write the best note in relation to Argentine passion. 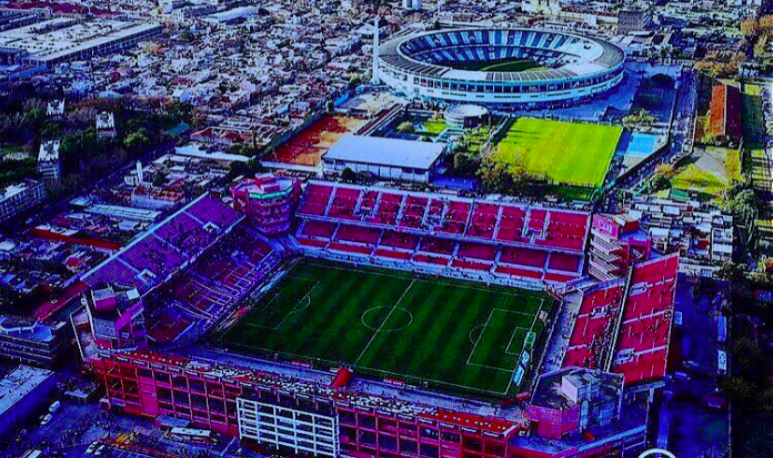 José Hernandez  inspired me to give my best with these lines. And I set out to write the best note in relation to Argentine passion.

“ Attention I ask the silence and silence to the attention, that I am going in this occasion, if memory helps me, to show you that my story lacked the best.”    Jose Hernandez.

I'm sure I'm at least reaching the podium. Not for the narrative quality. I wish it were. Rather, for offering an enriching vision. For being just passionate about the subject. And for expressing a way of being that exacerbates a way of feeling and living.

It also helps context. This is probably the best place to do it.  serargentino.com  offers the opportunity to express ourselves... ( even to each of you  ). And I feel that it deserves a distinguished note, according to the subject, where writing on this topic makes us feel like fish in the water.

On the other hand, being an Argentine offers me a plus

An added value for being native to this earth. A scholar of the argenta life. And so explain in front of the eyes of millions of foreigners, with a certain authority, why  we are the kings of passion  and how it is explained.

Probably when it comes to defining ourselves, this is one of the most notorious characteristics of our being. It's undeniable that we're passionate. Nostalgic. With great roots in feeling, close to affective contact. And to our land. I suppose you agree with me in this first analysis and remember that I want to make the best note... to unite the thinking of those who make up this identity throughout the country.

The academic definition states that passion is a word of Latin origin. What does it mean “to suffer, suffer, tolerate”...

This is very interesting when it comes to seeing us in the mirror. Are they not characteristic characteristics of our way of being? I doubt this is casual. Here we can find a tip of the ball to begin to unveil how and why we are what we are.

Our people and the society we make up, is usually also “something complaining.” In total agreement with the condition, self-pain due to the disagreement of various facts that make us suffer. And that over time predisposes us to a state that hardens the leather. That makes us in a bad mood. And that leads us to have  a life that we do not want or at least that fails to make us satisfied .

Nor is it accidental that our country is the highest reference in  psychology .  We have the most professionals per capita. And the explanation of this can probably be found in depression, abatement and poor quality of life. It's just that we live fast. Worried about coming to the end of the month. Dodging one crisis after another. He trampled on how much I get in the way. No respect for your neighbor. Unfaithful to feeling and meanninglove.  With basic shortcomings such as courtesy, education, mistrust in everything

And so it's very difficult

We must extinguish the culture of the shortcut and get out of “the one who does not cry does not mama and the one who does not care is a gil”. Let's finish with the patient story of the steal but they do. We must hold on to our rights. Apply the values that made us a respectable nation. For harboring thousands of immigrants. For being thankful. Respectful. For honoring our commitments. And for giving value to the word pawned. Responsibility and decision is just ours.

While I have not found material with which I can validate this theory and that only the basis for observing facts and sayings in general,  Argentines tend to be quite prejudiced . And I'm not prejudging prejudice. Rather  bleaching a very typical modality of another of our characteristic breeds, which fills us with bad energy. That wears and deteriorates our good living ...

This peculiar way of being is likely to have its root in inconsistent  Justice  . In nefarious policies where lying and omitting is common currency. This does not respond to the need for a social order, but on the contrary, provokes a division that favors power in turn.  Shueling public opinion . Who often judges without knowledge. Trapped in a tangle whose dispute faces us, distorting the essentials:  union .

Taking up the thread and the definition of passion...

We cannot ignore the inescapable implication that  emotional states mean to humans. And the alterations we suffer because of their effects. Because passionate overlanges often cloud reason and dominate the will of the individual.

What a fact, considering the inexhaustible source of everyday cases our society lives. It's very difficult to draw the line and find a boundary, which obviously exists. Well, we also tend to express ourselves with  passion  to extreme taste about something or someone.

Sometimes this is confused and in the name of passion there are signs of fanaticism.

There are thousands of examples and in every order. Obviously on  football fans. The arduous followers of  motorsport . The donkeys. The  tangueros . Even in  religious devotees; just to name a few. 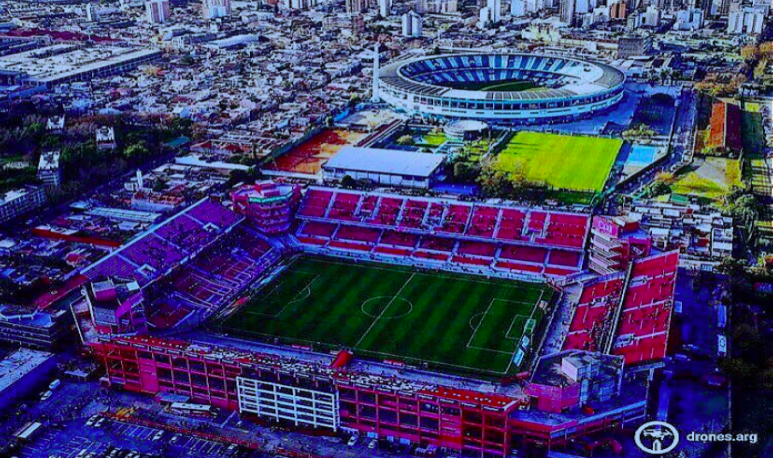 Look at this image and try to explain it. There is something that is difficult to tell from logic... The same city, the same neighborhood, two football clubs, two very different colors, with two passions facing, two stadiums just a few meters away.

This hot blood could also be attributed to our predecessors.  To  immigrants  originating in   Europe, mainly  Spaniards and  Italians from the south of their regions. We have a great resemblance to. But it would be a simple way to remove our responsibility. Because, while they have similar features that we were able to inherit, it is not a single factor. Whereas the  English  or even the  Germans  possess certain attributes in this regard. Therefore I will dispense with this data, leaving it aside to continue with the analysis...

By introducing myself into a somewhat more subjective field and in order to offer some colour data, I invite you to make a very argento parallelism. Clinging to  Christ  's passion and the scourge he has suffered... Just  the Argentine emotion by nature  .

Argentines live to self-flagellate . We don't take care of our destiny, believing that the Messiah will come down to save us. And it's not like that. We are doers of our own destiny. And we came here because of our incompetence, which obviously hurts like the stake Jesus has suffered for us.

This comes to the point of not believing in redemption. In surrendering and not believing us doers or deserving of something better...

I have heard several times around that we no longer want to “leave a better country for our children.” Unfortunately, now it became for “our grandchildren” imagining that we will not be able to achieve it.  Serious mistake!

About this: the fact that D10S is Argentine. Our ego leads us to believe that we are the navel of the world. That  Messi  is the Messiah and that we have the  Pope  , “the chosen one.” That links everything into a story that instead of being based on real facts,  is closer to a tragicomic science fiction novel , than to sad reality. Since the world sees in us a great potential, which we do not take seriously, because of behavior that only places us in an unbelievable place.

The great curiosity that awakens our culture, focuses on passion...

How not? After all,  passion is the volcano of emotions . The seasoning of life. The one who mobilizes us. The sacred fire we define as something positive. Recognized in the root of the claw, the value of effort, to feel from the very bowels the desire to make, to concretize or conquer, by leaving everything until we feel empty.

This is also manifested in hundreds of thousands of people who quietly work and leave the soul.  Which are an example that allows us to excel , stand out in various disciplines. Like a great virtue. Something very well seen and valued by the whole world. Because no one wants to compete with an argento, because he knows his skill, his creativity and his great ability to adapt. This is not a story. Those who have prepared and migrated have managed to transcend beyond the vital need to feel close. Even though they yearn for their origin. Something that will always pursue them.

The ambiguity of our culture is the best explanation of this .  Diego , Lio, Francisco,  Gardel ,  Fangio ,  Olmedo ,  Borges ,  Favaloro ,  Vilas ,  Gaby ,  Delpo ,  Manu ,  Evita . Contemporary women and men, certainly controversial. That like many others,  they left their mark  of our culture and became undeniable references of passion in body and soul.

To conclude, a message that as in every narrative of our editions, we are not preachers. We propose to show a reality that sometimes hurts and others fills us with pride.  But it always has an edge where we try to see how better we can be.  Because that's life. We are naturally imperfect. And although we know that God, Allah, Deus or whatever, is not Argentine, surely and from time to time, he is tempted to wear our shirt. To feel like us... “the pride of being an Argentine”