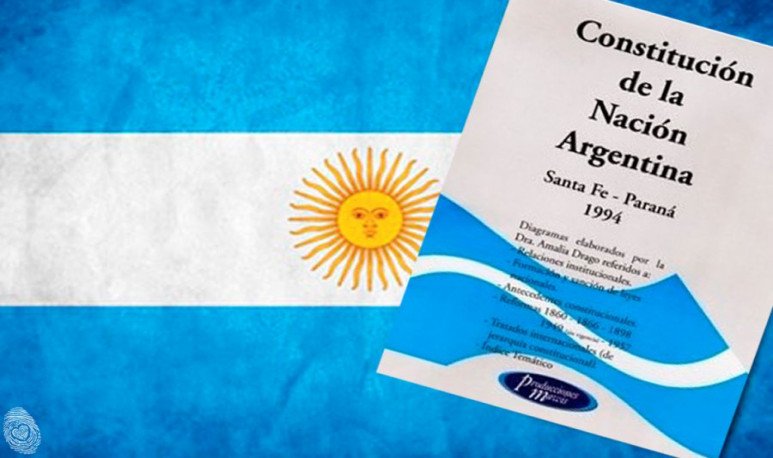 This is not one more note. It's probably the expression of many voices that don't understand... trying to find answers to a very difficult time in  our country . Who want a mature democracy, a genuine republican sense. And above all, they feel embarrassed and such a degree of responsibility, that it deserves to redeem us for the future. Trusting  we can be better .

Those who do this space on  serargentino.com  hurt what we live today. We are very weighed by the pain of so many people and the unbelief with which the world looks at us, haunted by a desolating present and the becoming of an uncertain future. We don't all think the same. But we are clear about the common desire to be better and not  to give up the  pride of        be Argentinean   .

I started these lines by pronouncing my ignorance, from a self-interpellation with which I came to several conclusions. I appeal to my sense of self-criticism, recognizing my shortcomings and inviting them with respect to provoke a deep questioning that allows us to understand what is happening to us, what we do and why we are where we are?

Before going into the depth of the subject in question, I will try to give a look at what I understand happened on Sunday, Monday, Tuesday, Wednesday, those who were and who will come...

Gentlemen, trust is everything!

We cannot ignore and be surprised by the result of the post-election debacle. This is no less than the outcome of one of the many  crises  that our country is experiencing due to the lack of seriousness with which driving is carried out. For which we are totally responsible. So much is ignorance, we don't see that we're... rich. Yes: very rich and in every way; but poor in spirit and soul.

Argentina not only has an economic problem. We have a much more serious problem than the economic one and it is idiosyncrasy, the cultural model, the differences. And to the extent that this is not part of structural change, which will obviously take us years, probably decades, it will be impossible to glimpse mature development that will allow us to move forward.

Undoubtedly, the economic level is today a vital issue for the functioning of the country. But we must be aware that there are other substantive issues, much more important and essential.

From an economic point of view, in this way, we are unfeasible. No one will invest in a country that pursues those who pay and then criticizes them for taking the profits instead of re-investing. It's obvious!

Let's leave hypocrisy and assume our role. We buy  dollars  for being fed up with us being shitty. We take refuge in the dollar because it is the only tool that allows us to protect ourselves from theft and recreate savings. Something that does not exist in Argentina because of lack of predictability, lack of credibility and all the “ability” that our country with these leaders does not know how to give us.

It is not possible to function as the outflows are higher than income and totally unfeasible if we remain indebted and living on borrowed. Much worse, paying high interest, as a result of the world's economic shift.

We probably need to develop appropriate policies in education, safety, health and a serious economic plan, which considers all the variables without neglecting that of the most needy... End hidden costs. To shrink the state. Generate consumption from domestic production. Lower taxes and workloads for businesses and small businesses to drive sustained growth that generates domestic development to sell to the world.

Ignorance is the lack of instruction or knowledge. And as the ideologue of our constitution and one of the most influential thinkers in our history stated, I invite you to dive from that place to review our conduct. Our affirmations and beliefs. Convinced that we must review many preconcepts in order to find answers that will help us to be better.

The time has come to question the representativeness of hatred and manipulation. Of lies and imperiousness. Populism. The warlordism and the berreta militancy. It is time to strengthen freedom, ethics and independence. To demand justice and detoxify democracy. It is time to demand that our representatives leave their personal yearnings, and rule for only one term. Let them honor the transfer of command while respecting the will of the people, united in basic concepts, if we want a  prosperous Argentina .

It is very important to note that only the ethics and union of Argentines will be able to encolumnar us behind an idea of a country as our ancestors would have dreamed of.  Everything else is disgusted and embarrassed.

The construction of the crack, is and has been a destructive factor in reaching this diagnosis. It is that our leaders have been unable to dialogue to find this meeting and have done nothing but to seek electoral opportunism, destruction and desire that the other will not do well. Getting set up to a society that is fed up with this kind of scourge.

Be worthy, leave the disputes and agree on the bases to stop refounding and melting our Argentina.

Here is my ignorance and the invitation to review what we will do from here on more with our democracy and its forms:

Should I vote for a person who has not fulfilled his word?

Should I vote for someone who has committed to something and has not fulfilled?

Do I represent a person who surrounds himself with people without dignity?

Do I feel represented by someone who has criticized someone else and then ends on their side?

Should I vote for someone who hid the national data and statistics?

Should I vote for someone who failed in their administration?

Is it worthy to vote for someone prosecuted, suspected of corruption?

Should I vote for someone who cannot explain the growth of their personal assets or that of their allied friends, being government?

Should I vote for someone who is not worthy of representativity out of ineptitude or ineptitude?

Should I vote for someone who embezzled funds or appropriated a foreign property?

Should I vote who has tried to pursue and silence free expression?

How can the Legislature not address the most relevant issue of any electoral system of a democracy?

How can it be that in the cyber era and technology in which Alexa and Siri invade us, geolocation, 3D printers and robots, a paper is still used to issue voting and that this requires millions of resources, plus thousands of people “controlling and manipulating” to make a count that lasts days to determine a choice of charges of a country?

How can we have elections that don't make sense, I mean the PASO (Simultaneous and Mandatory Open Primaries) in which millions are spent and are useless?

How is it possible that Deputies and Senators have so many privileges, were included, and do not deign themselves to work in the service of citizens, missing extremely important sessions?

How is it possible that we have elections every two years and this will lead us to live in a permanent campaign instead of governing or legislating, fulfilling the specific function that citizens have given them?

How can it be that indefinite elections continue to be validated in a democracy in various positions in the system?

How can the election of a judicial office be held by hand?

How is it possible that, with independence of powers, one governs the other by being patronizing and functional, depending on maneuvers that limit their freedom of action?

How is it possible for a country's justice to be protected in times, manipulating at its convenience the action with impunity of proven and condemnable facts?

How is it explained that offenders are not punished and remain unpunished in house or loose prison on the street?

How is it possible that human rights govern the clemency of convicted persons and society suffer crimes for the recidivism of the misfits?

I invite you to reflect. To bear the responsibility of suffrage. Demand democracy. To condemn the bad practices of dire politics that makes us ignorant.