Home Argentine Editorial Enough of me to tie it with wire!

We complicate even the simplest and we can't even see it. Then I tie him with wire. 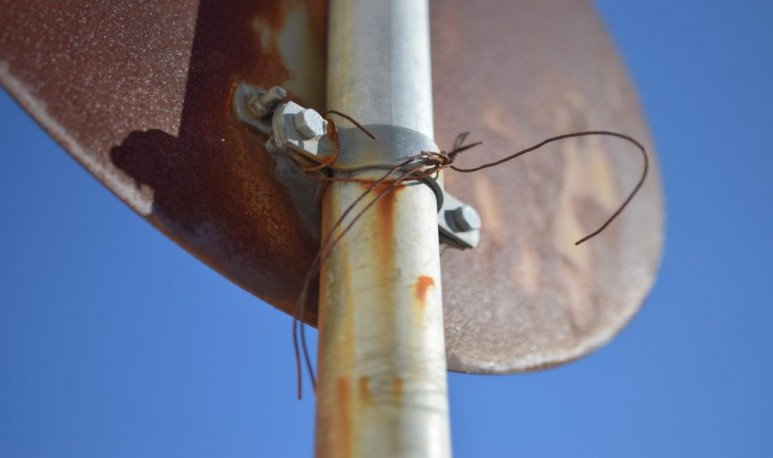 I'm about to see San Lorenzo versus Argentinos Juniors. I'm on TV; game delayed. I tie it with wire.

It seems that the subject is like this: Argentineans arrived at Bajo Flores with black team and those of “El cuervo” had the classic azulgrana. I mean, they were not going to be different on the playing  field  . Okay. Someone from “The Bug” got confused and wore a clothing that you couldn't play with. And here starts “The Great Argento.” The wire.

Last Thursday the regular meeting was held between the parties, the referees and the  Superliga , to define the respective clothing. There was agreement, obviously. Which one of the teams didn't respect. It seems (and here the first point: “It seems”; because in our beloved country one is never sure of anything) that the people of the Paternal do not have clothes on their court (but on a property in Ezeiza), so going to look for the corresponding game was unfeasible for a subject of times. Look for the wire...

Because they're trying to look for alternatives for shorts with identical numbers to T-shirts everywhere. And stockings. But there are white ones and the court is muddy, so it doesn't seem the best solution. In the middle, the referee talks to the President of the School of Referees and the AFA to see what he does. If you suspend, postpone, the points are given per win, what do we do with the audience. Nerves butt, clearly. Blame them. The argenta solution that is never missing. I tie it with wire.

I say, it's not that hard. If he doesn't give us his head, and, bad to weigh us because we believe we are the best in the world, it doesn't give us, imitate.

We are so bumpy enough to have to have a meeting between clubs, referees and AFA tooodas the whores weeks to agree with which shirt each club plays. So boludoooooos as not to be able to make a single rule, which makes the meeting unnecessary (and the waste of time and money in pavadas), then imitate. Let's make it short. Let's imitate one who has two fingers in front, for God's sake.

In the United States, they are not very smart, but... it is simple: local with light clothing, visitor in dark clothing, referees with the same for 100 years. Ready. Chito your mouth. Something else. Within that parameter, whatever you want (sponsor business safe).

Why the hell do we have to complicate all oooooo? Always eeee! Why can't we simplify? Is it so difficult?

Simplify efficiently. Efficientificizing is more economical. He doesn't disrespect anyone. It streamlines life, things, paperwork. No one doubts how something is done. No time is wasted. When you take this on a commercial scale, on a country scale, it means that you are faster and more economical for the world. You export cheaper and compete better (more work and currencies for the country). The possibilities of bribes are shrinking, everything is faster for those who come to invest from abroad (more work and foreign exchange for the country).

You become predictable and everything flows, with less stress.

But the executive is not the only one that complicates it. Congress complicates it with absurd, patchy, or missing laws. The Judiciary, standing on the side of the perpetrator to impart justice.

We're like that. It's one of our shortcomings. But we're big enough to have so many, aren't we? It's time to grow up and become a serious country. Let's do a mea culpa and check it out. If we changed, we would again be the wonderful country we once were.

And now I'll leave you. I'm going to see how they solved the issue on the San Lorenzo court. Because the problem is that: I tie it with wire and move on like nothing.