In Argentina, lies have long legs. Survive from generation to generation. How long are we going to allow him to win the battle? 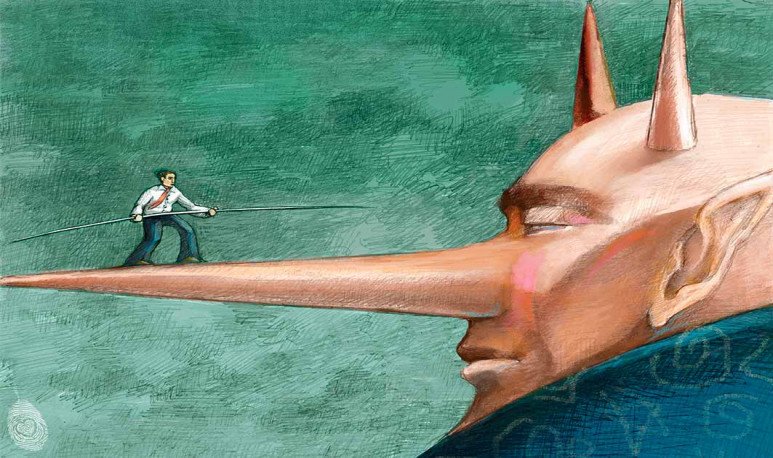 When Bill Clinton was in his second term as President of the  United States , he had a problem. He had no better idea than to let herself give oral sex a few times by a White House employee. I'm sure you remember the name of Miss Monica Lewinsky. Obviously the fact came to light.  He denied it, until he had to accept it, cornered by the evidence against it.

Clinton ate a trial by the Senator House. But you know why? For lying. Perjury. Behind the perjury came Obstruction of Justice. Which was the reason, between them, why they could dismiss him. The vote in both chambers ended up little favoring him. But the “Lewinskygate” ended the aspirations for President of Al Gore. Vice of Clinton, who intended to succeed the southerner, at the end of his two terms. The American people forgave him his sexual infidelity. And that's quite peaceful.  But they never forgave him for lying.

They lie to us here from primary school.  It is proved that  San Martin  crossed the  Andes  sick. Mostly, on a stretcher, dragged by a mule. That many of his soldiers crossed them in the same way. The white horse and Cabral doesn't appear in any document of the time...

I say:  is it not much more monumental that the  Army  has accomplished such feat under the conditions in which they actually did it?  Don't you magnify them? Just imagine the cold that will have been through. At that time, the polar did not exist...

Why are they lying to us is a good question. But the best, what we need to do is

Why do we let them lie to us, without punishing them?

“I saw how the Gendarmerie was doing it.” “Scioli won.” “Lowering inflation is easy.” “We're back but now we're good.” “Woever deposited dollars will receive dollars.” “It was 30,000.” “Today we can say that we have reached 5% poverty.”

Politicians  are the ones who lie to us the most. We know.  They're not the only ones.  But if an actor lies to us, it doesn't affect us in our lives or in our children's lives. When a politician lies to us, yes. And a lot. But that doesn't seem to matter to us.  It's like we naturalize the lie .

The goal scored by  Diego . Maybe the biggest lie in our sport, we're not ashamed. It's almost like we're proud. It's wrong. Very bad.

We live together. We forgive the lie. Without realizing that a society cannot advance in deception. How can't a  couple do it. I want to believe we still teach our children not to lie. But we take it to the horn against the  teachers  who postpone them.

We have to decide to grow in righteousness, in values, in truth.  Doing what needs to be done. It hurts or not. Decide to stop taking shortcuts that don't take us anywhere. We don't realize that we're going back as a country, while others move forward?

This is a rich country. Immensely rich. In natural resources. And in human talent. We are full of blessings from God. Or nature, as you prefer. We're screwing it up so nice. We should be a world power. We have what with.

But this isn't going to happen until we cut our legs off the lie.