Home Argentine Editorial May we grow up in 2020!

I want 2020 to be an exceptional year. Exceptional, I mean. Different. I want us to grow up. But I imagine my desire is not what you imagine. 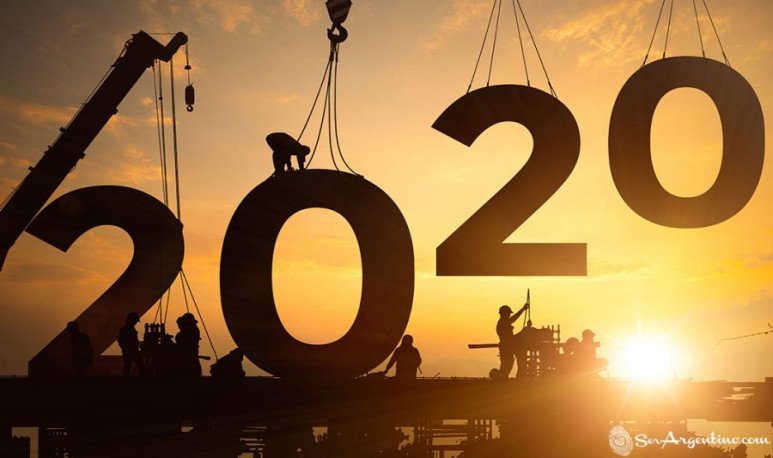 Many times, the vast majority would say that things that happen to us in life are determined by a previous decision. Both the good and the bad ones. I mean, for something transcendental to happen, we have to make a decision that drives it. That in 2020 we grow up depends, then, on our decision.

Yes. Sounds like a perogullo truth. And maybe it is; I'm not saying no. But in any case, it would be one of those we love. The ones we disheard.

Let's get to the point. Growing up, then, is a decision that is made. Well, it looks like Argentines don't take it yet.

You're thinking I'm talking about growing up financially. The economy is the greatest national concern. Another truth of perogullo. We just knocked down a government that, outside the numbers, did everything more than good. But the numbers didn't give him, and the tacho.

We have just voted for a front that promises growth in just two years. I wish that's how it turns out.

I'm sorry to inform you that in order to grow economically, other factors must first occur. Not just in finance.

The first thing that needs to happen is to have a country project. I would like to believe that the Argentine project is not to impoverish people and hold them hostage to the vote. Although everything is reprofiled over there. If that wasn't the project, from President  Frondizi  there is not one. And that is one of the reasons why we are where we are and not among the best countries in the world. Without a country project suitable for the 21st century, we go to  poverty , rule whoever governs.

The problem is we don't want to see

We're still like laboratory hamsters, spinning on a wheel that doesn't take us anywhere. Believing the next one saves us. Without thinking about how to save us.

What happens is that, in order to think about how to save ourselves, we must make the decision to think. Face the responsibility of making a mistake. Possible strokes. The fight to get ahead. That's something we don't want to see.

Our grandparents fought hard times. They were strong. They turned those times into easy. And Argentina was the barn of the world and the fourth power. But those easy times made weak men. That created difficult times. That's how we are today. Paralyzed. Terrified. Blinded.

These difficult times need strong men. That should be us.

There is no human being who is not afraid of something. There are humans who dominate their fears. And dominating fear does not happen without first the decision to master it. That one we should take today. For us; not for our children. Because in twenty years, which are nothing, Argentina will be inserted into the world as a protagonist or will be like most African countries. And we're still going to be alive.

The decision to master fears is called “grow”

So, our wish is that in 2020 we make that decision. Let's not delay her any longer. Let's face our panic at once. After all, we don't do wonders; we don't have much to lose. And we have millions to win.