Home Argentine Editorial The cow does not give milk

How can it be that, coming from immigrants who came to look for progress, today are we surrounded by gene that the state intends to live? Argentina power? 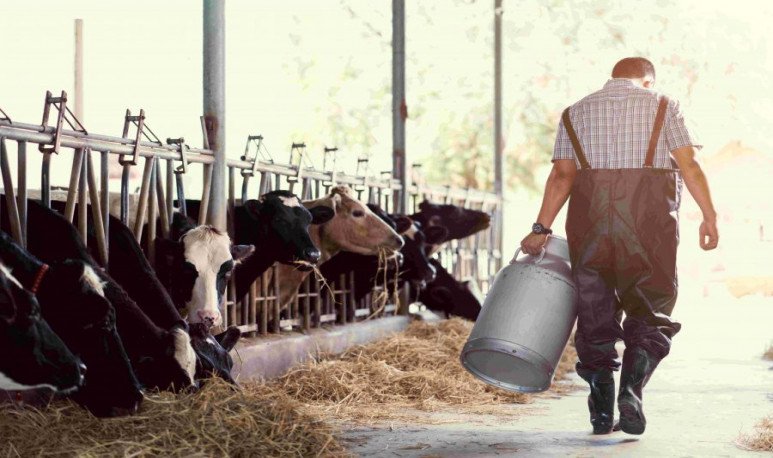 How do we move from a thriving country, world power (yes: world power), the destination of immigrants, rich in raw materials and food, to 30% of the poor? At what time? How can it be that, coming from immigrant workers who came to seek to get out of hunger and progress and found it, today are we surrounded by men and women who intend to live from the state, those who work and pay their taxes?Our grandparents broke their hands literally working and our parents got bored? I don't think so. Our grandparents had no formal education, almost. My old man didn't finish college, but they both broke their eyelet so that the one who came next, “was more,” had a better life, progressed. The vast majority of them managed to fulfill their dreams.

But what happened next?

While  Perón  lied to them and used the poor (statistics indicate that before Perón the poor were far less than later) and created the political clientelism with them (I quote text: “Espadrilles yes, books no”), he was not the only one to blame for the national debacle. The military who succeeded him were dedicated to destroying what little the general had done well: they tried to dismantle the great Argentinean metalworking industry, created with the arrival of Nazi scientists who took refuge in the country.

Thus, we had a leading mechanical industry in the world, in the post-war period: jet planes “Pulqui I” and “II”, the Peronist car, the establishment of automotive companies such as IKA. It's amazing that we continue to have incredible mechanics, like Oreste Berta, Horacio Pagani (creator of cars that compete with Ferrari and Lamborghini in Italy; googleme “Pagani Zonda”), the forgotten engineer Eduardo Sal Lari (creator of a solar battery car in the 80s), and hundreds who keep TC alive and Alfonsín did his thing with hyperinflation (let's assume that the Peronists did not force it from power...) and let's not talk about the invaluable contribution of “Cálo I” and the national disaster he achieved from convertibility, imports from Taiwan and the national disaster he achieved from the convertibility, imports from Taiwan and Taiwan. spraying of domestic industry.

The concrete, verifiable and irrefutable fact, whatever political colour you are, is that before Peronism we were a world power and today we have 30% of the poor

But that's not the worst thing. He gets more screwed. Notice: not only do they systematically use the poor as clients, but the education they give them to “progress,” the “egalitarian popular policy” has been to make them believe that they have the right to live from the state (which, you know, are you and I laburating and paying taxes), doing nothing but make children (poor, malnourished and absolutely without a future). I think it's, even perverse.The cow does not give milk. The cow needs to be milked at six o'clock in the morning. And in order to produce milk, you have to give her pasture, lock it in the pen the night before. We have to work. It is the magic output that our illiterate grandparents taught us, who made Argentina power the fourth richest country in the world.