The figure of Argentine justice has a clogged eye, because all citizens must be equal before the law. Looks like it's not like that. 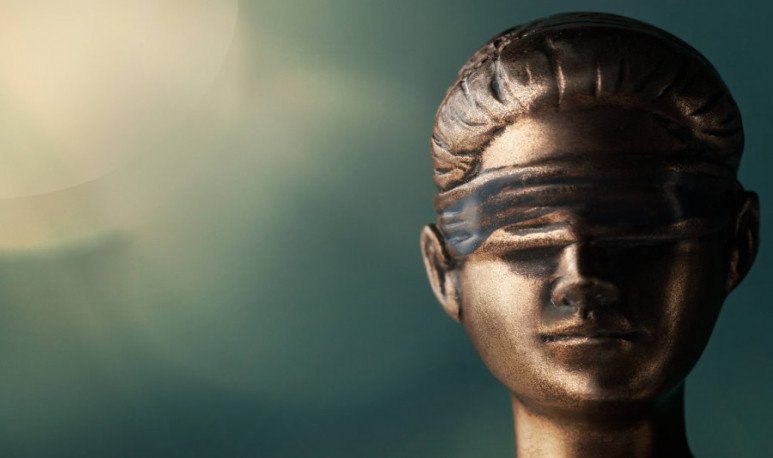 That's really bad.  An honest citizen cannot be considered the same as a criminal , by the Justice. The circumstances surrounding a crime of both are very different.

Because of corruption or by imperience (I don't know which is worse),  Justice moved away from reality.  He went to hell. He's responsible for turning perpetrators into victims.

The allegation, a  little bit of papers , is that a guy is criminal because he didn't have the same opportunities or education and that's why you have to have contemplation.

Looks great. It's not.

Equal opportunities and  education  is promoted in the country . Education is compulsory and free and children have breakfast, lunch and snack in schools. That is, if you don't send it, it  's your responsibility that your child doesn't have the same education and opportunities that come from it. That's Justice, too.

And people who have less education and opportunities in life are far more than the one who delineates. To make it clearer:  in the villas there are a lot more honest people than criminal . So being a criminal is not the fault of marginalizing society.

And  there is something that is worse, in terms of reasoning . For the Justice, a criminal and a victim are the same.

First: when a criminal carries a gun to steal,  he knows that he will threaten a helpless with it , and that is his big advantage.

Second, he is very clear that  using that weapon, its consequence is to kill ; he does not care in the least.

Third,  the criminal has a much greater experience with weapons . It is a fundamental issue, because even if I have a weapon like him, I am still under conditions in its use.  My mental condition , panic and facing a borderline and new situation, is of a greater vulnerability than that of the assailant.

I mean,  we're not in the same condition, by far. Where is Justice, then?

I don't want to kill anyone and  the jet doesn't care in the least to kill me , and that's my fault, as a society, because I had more chances than him; that is, it's okay for me to do it.

It's the reasoning of a guy who is under an LSD overdose.

I go further, in another sense: for killing another person, a prisoner should serve life imprisonment. I mean, never get out of jail. And the inevitable question is, if he is not going to get out of jail, because it is what he deserves, shouldn't he be sentenced to death? (I leave for another Editorial the reflections on the prison system we have).  A guy who rapes someone, kidnaps a boy and kills knowingly, it's worth the maximum.

Justice is light years from the truth.

Recently, a jury trial found “Not guilty” and acquitted Lino Oviedo Cataldo for acting in self-defense. A doctor who, when he left his office, faced with a criminal. The jet gave him a butt and he got into his car to steal it. The doctor took out his gun, shot him and killed him.

If he went to trial with these judges we have now, they convicted him . I play it and I don't lose.

Luckily, they were ugly wrong and jury trials begin. And I wonder  what would happen if instead of judges, it were the people who judged politicians and citizens who helped them steal from us?

Without a doubt, without justice blinded by money and power,  we would live in a much better country.