Home Argentine Editorial It's not funny to suffer bipolarity

We suffer bipolarity. And it's not funny. We have a cure, but it will be long and painful. We must reflect and vote with conscience. 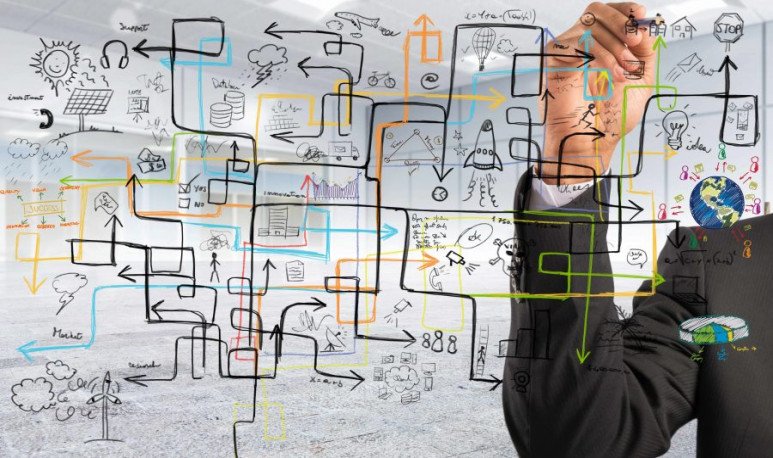 Bipolarity  is an ugly, screwed disease. To dominate it is a suffering. No one wants to suffer from it, like almost any other disease. But it's not like almost any other disease. Those who suffer from it can't control it. They know it and they suffer it. People who screw with  bipolarity  don't know what it's really about. And it's not something to screw up. It's not funny to suffer bipolarity.

1930.  Perón , a military officer, participates in a coup d'état (against the government of Hipólito Yrigoyen). The people applaud.

1946. “The General” is elected President. After feeding much of the allied world during World War II,  the Central Bank accumulates gold bars even in the corridors . Perón unifies the unions. And it puts into practice laws of socialism in favor of the working class.  Develops the domestic industry .  Create Aerolíneas Argentinas and other state-owned companies . He forfeits a multi-million dollar debt to Britain in exchange for the railways, which worked perfectly. Reformed the National Constitution in 1949. The people applaud.

1951.  Perón  is re-elected President. Create the Peronist Party.  Declares a “Third Position”  in the US-USSR dispute. He fights with the Church, the press and the businessmen. Expropriate companies. Proscribe political opponents. Bipolarity The people applaud.

1955.  Perón  is overthrown for the second time.  Gold has disappeared from the Central Bank .  Argentina aligns with the US . The people applaud.

1973. Perón is elected President for the third time.  It takes away from the US. He allied with Montoneros and other left-wing guerrilla forces. And it also creates the “Triple A”, parapolicial movement aimed at eliminating left-wing militants . Bipolarity The people applaud.

María Estela Martínez de Perón is overthrown by a military coup. But the people applaud.  The military government is approaching the United States . And it begins a period of extermination of the guerrillas. The people applaud.

1983. Dr. Raúl Alfonsín assumes.  We reintegrate into the world . Create the bases of Mercosur. Consolidate democracy. It carries out an educational and scientific reform.  But Peronism avoids in Congress Alfonsín's plan for State Reform . The people applaud.

1989. After 13 national stops, Peronism forces hyperinflation and Dr.  Alfonsín 's departure six months before the elections. The people applaud. Dr. Carlos Saul  Menem  assumes the fourth “Peronist”, neoliberal right-wing presidency.  “ Carnal relations” with the United States. Start a reform of the state .  Bipolarity Privatize all national companies created by Perón .  And retirements . Amendment of the National Constitution in 1994. It enacts the Convertibility Act, with which one dollar was worth a peso. The country enters a fierce recession and  the national industry is annihilated .  Iran attacks the Israeli Embassy and AMIA , causing more than 50 deaths. The people applaud.

1999. He assumes Dr. Fernando  De La Rúa  and makes one of the worst mandates in the history of the country. It maintains the  Convertibility Law, despite the external nowhere encouraging picture. The people applaud.

Peronism, led by Dr. Eduardo  Duhalde , mobilizes looting throughout the province of Buenos Aires and the main capitals of the Nation. Also trade union mobilizations, which were repressed by the police, causing 4 deaths. De La Rúa resigns and 5 “Peronist” presidents follow each other in 13 days; no one knows why.

2003. He assumes another “Peronist” president: Néstor  Kirchner.   We isolate ourselves from the world  and allied with Venezuela, Ecuador and Bolivia.  The rail transport network is disarmed  in order to promote the transport of trucks, by the trade unionist Hugo Moyano. The limited investment in public works remains in the hands of only two entrepreneurs.  Companies and retirements that had been privatized by another “Peronist” president are nationalized  . Bipolarity The people applaud.

2012. Assume Cristina  Fernandez . “Peronist.”  Allied with Iran, Ecuador, Bolivia and Venezuela .  We go into default . Investments are simulated, like any act of public works. The lack of brakes on a train leaves 51 dead at Once station. And the waterworks, 90 in the city of La Plata and 80 in Santa Fe. Import of oil and gas .  Seizure of drug 450 TN . The people applaud.

Bipolarity  has a cure. Brava. Long.

Argentina, Argentines, suffer from  bipolarity . Look at the goings and turns we make with the decisions.

Until we keep the  bipolarity , we're not going to be a big country again. Like we once were. This year we're choosing again. It's the way to heal us. Well, think about it. It's not screwed.