If the Judges are partial, there can be no justice for anyone. Then nothing can work well. Such a country is unfeasible. It's not a country. 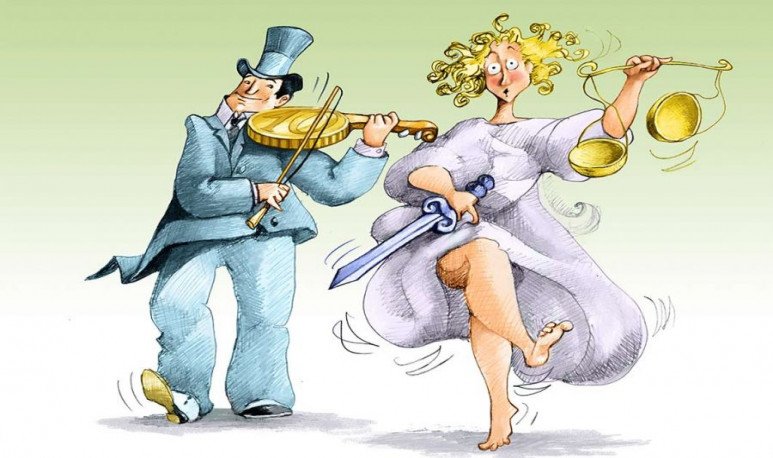 Argentina  is  the reign backwards  . The cop steals you or sells you  drugs . Criminals are the victims. Judges are citizens with more rights than others. That you and me.

In Argentina it's all like in a film by Federico Fellini , of those incomprehensible ones.  We had to endure a Chief Justice who had several departments used as brothels.  And he justified them by saying he didn't know anything. The worst part is that we forgive him. We didn't care. We forgot two days later.

Luckily, he made about 400,000 pesos a month. At least the twine you bought them with should be “white.”  I guess . But that's another obsenity that doesn't bother us. Oh, by the way: as if delirium was not enough, they set their own salary. Well, they noticed they didn't pay profit tax. The one we all paid for.

As if having a profession and a job full of prebendas wasn't enough,  they're also partial . That is, that “we are all equal before the law” do not comply with it. That's simple. You don't like it? Fuck it. Equality only runs for  parsleiles . Put a narco in cane? A politician? A powerful businessman? That's not for our judges, sir!

After the PASOS and their results, Your Honors began to release all defendants who committed crimes in the shadow of the previous government. Mrs.  Fernandez de Kirchner , prosecuted, leaves and returns to the country when she wants it. And he's going to visit a daughter with such a special treatment in Cuba, that we don't know what she's sick of.

Suspect, isn't it? No. Unfortunately, as a suspect, he has nothing . Except for  Bonadío , Hornos, and Prosecutors like Stornelli, Pollicita, Campagnoli, Marijuan, the Judges made life impossible for the Macri Government. It is enough to look at the Supreme Court's ruling on the removal of VAT on food. The ones that we consume you and me. And to which the poor have almost no access.

I ask you not to be simplistic and think I'm talking or doing politics. Because you didn't understand anything. I'm just quoting situations. Real. Amazing. That  should not happen either for one side or the other side of the crack.

Now, is this okay? Can judges adhere to any party or candidate or president? How far is justice if it is not independent of the executive branch?

Until we clean up the justice of corrupt and criminals, Argentina will not have growth

How can you demand that a citizen with little light understand that  Justice  is only for some? Never for him. Obviously from there, if you don't comply with the law, there's only one step. And to act with your own hand, two.  What would happen if all citizens got up one day, all at once, to disobey the law?  To steal banks and shops, kill those we despise, take property...  It wouldn't be good.  There can't be such a country. Right? Of course not.

Well. In Argentina, the only thing that does not happen about all this is that citizens do not rise up. We don't make revolutions. In Buenos Aires, we're even tired of pickets and street cuts.

But something we have to do, because if we don't,  for us, nobody is going to do it.  No one.

It's just that Argentina is not a country. It is the kingdom of impunity.