How difficult this year!

2020 was a terrible year for humanity and especially for Argentina. No doubt. Peeeero... 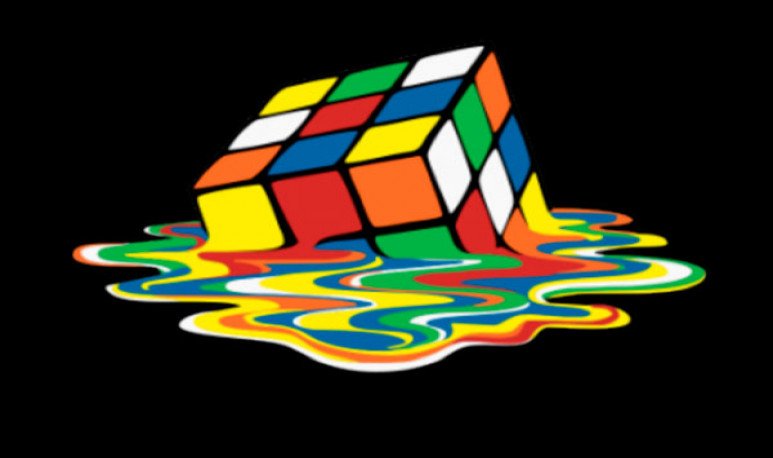 How difficult it is to close a year! It's usually hard and this year you know, I don't have to explain how devastating the pandemic was for everyone. What is still, in many countries. Jobs that won't be recovered again, millions. But  seeing the positive side , which is what we always like to do, resurrected companies, items that have grown incredibly and that generated and will continue to generate employment. I think that finally, the changes announced at the beginning of the pandemic were not so many or so profound. It was logical. There are always agoreros who take advantage of any circumstance to have their  20 of fame , as  Andy Warhol said.  There will be changes that came to stay, of course. Above all, in trade. Perhaps in the future these changes will deepen. Who tells you that someday the vast majority of commercial premises on the street will close and result in distribution or withdrawal centers for goods purchased online. It may be.

The world is reinventing itself every so

Every number of years important changes happen for the human being. I think  we're attending one of them . My theory is that the virus came out of a lab in a meticulously planned way. I don't know how, obviously. Otherwise, I'm sure he'd be suicidal. That everything is a massive panic drill. They scared us pointlessly and we bought. Desperate, fearful, without thinking. Certainly, there was some reason. If not, either we'd all be really psychiatric or no one would have given any importance to the issue. But as if many world leaders had agreed, the panic attack worked.

We let ourselves be ugly muddled. They sent us home. We broke illusions and dreams. Lives. But the serious thing is that we let ourselves do all that. I think life doesn't do anything to you.  Life is what you do with circumstances . How one takes things that affect you for better or worse and what happens with it. How one reconverts evil into good and good into better. Most likely nobody does anything to us; we let ourselves do. You can tell me I'm crazy or that I'm a salami. That if a drugged jet comes to try and hits you a shot out, you just have nothing to do. Nobody says that maybe if you had acted otherwise, the jet wouldn't shoot you, even drugged. We don't know or will we ever know. What we do know is that  a positive attitude is always better . It leads easier to change.

What did we do to deserve this?

Don't read this as a political downturn . If you're not going to read it objectively, don't spend on following. You're gonna get mad and you're gonna whist on me. And you're going to be more angry when you know I don't care if you punch me.

The pandemic began to attack in Europe in early  January  this year, if I remember correctly. But it was that way. The new Minister of Health said that the pandemic was not going to reach Argentina. A thought that we could call extravagant, at least, given that there is a means of transport called “Airplane” that takes people from one side to the other in hours. And oh surprise, Argentines descend from Italians and Spaniards overwhelmingly. Also from Germans. I don't know if those countries sound like those countries most affected by the  pandemic ... Well. Not only did they not close airports immediately, but in addition to taking, there were weeks without any control to those arriving from Europe. I know several cases. Zero control. Two plus two four,  Welcome, Welcome, Benvenutto, Bienvenue, Willkommen  COVID-19  to Argentina.  Just think about it coldly: was it so difficult to assess the possibility of it coming? Negligence, imperience? Now go and explain it to the relatives of the dead “who died ahead of time.”

Then came the  quarantine . That was really hard because in principle, it was something unimaginable. He grabbed us with  a sick health system forever . I don't know what the right strategy would have been. I imagine, in light of the results of the longest quarantine on the planet and with more than 42,000 dead, something was not done all the good that should have been done. We have the economic disaster on top of us. Which in my humble opinion is going to be worse. But not because of the economic. No. We are a rich country, which even though we fall all the time,  we recover quickly. Maybe that's why we don't stop falling ... Sure. After everything they kept us,  Maradona  dies and they decide to watch him in a closed place. 200,000 people at a time in the same place. Then you don't understand. Politicians who show themselves in  acts without blunder  or social distance, but people who are not allowed to return to their province. And others die in isolation, in the worst of solitude.

It's what there is

That's what there is. No doubt. Would someone else have done better? Impossible to know. Yes or not.  But that's not what someone else would have done. That's what we do . What we always do. We disunderstand. We don't take care of it. We protest. We're looking for guilty and convicting them without proof. Or when there is evidence we forgive them. That immigrant resignation we have. But to criticize there is always time.

We're a teenage country. We're 14 years old boys. Or worse: maybe  we're 30-year-olds, we're going to our third adolescence . I think it's more this. Until we take care of us, nothing's gonna happen. But Health is Ministry. Who the hell would care about the title, if everything had turned out I don't tell you “perfect”; with a very good conformed me. Now go and put on Sputnik V. But we have legal abortion, free, and I don't know what. Now go and explain to a Qom what is going to improve his life.

That we improve the quality of life depends only on us!  What we vote on, what we demand, so we march and what we don't. But we march to stop killing women and in those marches women give more importance to showing their tits, painting and defecating at the door of the Cathedral. Why do we let a universal march and one of the most important in our history be crossed by politics? Because we let that happen and everything is devitrued. It is trivialized and becomes small. So, they're still killing women.

But we don't care about anything because it was great

It's crazy. One part of that disunderstanding is  believing that we're fine because personally it did well even though the country was like the ortho ... We don't have a social conscience. We don't care about public space. We don't care about each other's rights. We elbated to save ourselves and the one behind to fix it. Or screw it.

Well. I have bad news for you:  not even the rich can live well in a country of poor people . Imagine us, right? There is no way that we live fully happy if we are not doing well for all of us. Because from your Mercedes Benz you get a demonstration when you go downtown and stop you two hours. Or you don't get supplies for the field and you get a stressful father. No more champagne Dom Perignon. In the village there were some jets. Your son can't walk home because the sneakers from the corner bandita are sagging.

Or you're not working to make a media outlet like  Ser Argentino . From nowhere. With your savings. With a tremendous effort to be interesting, optimistic, entertaining. To contribute to culture. You work a team of copywriters across the country, to be real feds. Learn to write to “like Google” and show you our notes first. You hire people just to look for the best photos, so the notes look nicer. Correctors, so that there are no mistakes. Specialists to make the news true and where possible exclusive. And you're starting to grow. Every day more people come to read you. More people come back every day. And these people are reading more and more notes. Spend more time reading. And you're a friend of Google. Google loves you. So you think that dream that a romantic had three years ago, of making a means to reflect how beautiful we are as a people, was fine. You see that people value it and want it every day more, you see that you read 1 million people a month. And that every month is more.

And you think, “What a crap we did so well in such a crap year for the country.”  But we are going to rise (as a country) because we are Argentines.  You smile again and look at 2021 with other eyes. Congratulations to everyone!