We have to stop voting with our pocket. Vote with ethics. And to Argentines, we don't care about ethics. Let's not demand it from the government on duty, then. 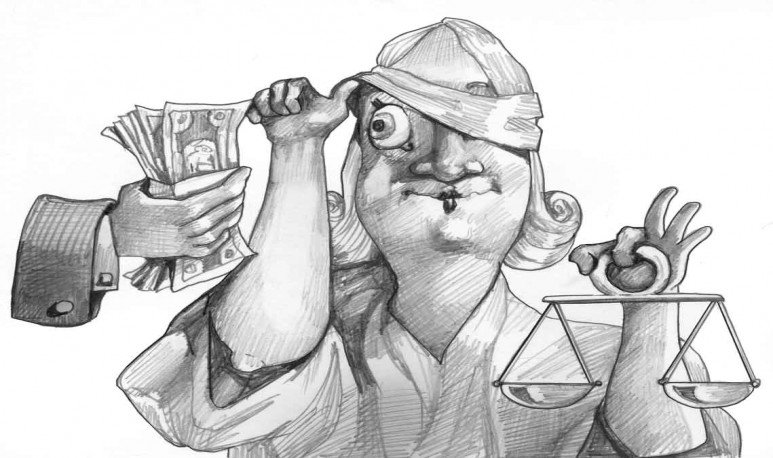 Argentines are great. We believe that we can build a viable country without having the slightest ethics.

We criticize without knowing. We have a formed opinion of everything; even of what we don't have a miserable idea. Our assurances are based, most of the time, on sayings of others; versions, rumors of tevé. That's how we do, of course. We could be a power and we are a third world country. I don't get tired of saying it. It's not a shame. It's tremendous. We hurt ourselves and our children.

Non-Peronist governments have ended in failure. All ahead of time, except for now,  Mauricio Macri 's.  Frondizi  and  Illia  , for coups d'état. Alfonsín and De la Rúa, by blows of own Peronism. Any distracted would say that  Peronists  don't let others rule. But they don't do it well either; otherwise, the democracy they ran over would not have taken them out with the vote.

Let's go over. Maybe they've had a little bit of everything. Peeeero... what was the composition of Congress during the term? They had an absolute majority? No.

The trade unionists supported the processes or hindered them? Did you know that in Argentina there are 3,500 unions for 13 million workers, and in the US 350 for 250 million? Of course, local overness isn't the only amazing thing. Here trade unionists are billionaires (and the workers are poor), while in the US they are ordinary workers.

Macri “had the misfortune” of receiving an absolutely dependent Justice. Partial. Misrepresented. Where the corrupt is protected. And the perpetrator is the victim. A Justice whose slowness is only explained by a giant corruption hypothesis. There's no other left.

“He had the misfortune” of receiving security forces in a state of abandonment. Repudiated. As corrupt as Justice. Where policemen from drug trafficking divisions were dealing drugs. The top. Looks like a joke. Security forces that obviously did not fight drug traffickers (who even politicians were). Open borders. Freed areas.

“He had the misfortune” of receiving a country with almost 30% of the poor. Where social plans (which should not exist, in a rich country) were distributed not by the State, but by political leaders. Bravas bar. Or apple trees.

How can a country be transformed?

If you don't have a majority in the Senate. And most people vote everything against you. Even ethical laws, such as domain extension.

With Justice tremendously corrupted. Where judges, in addition to everything they do wrong, set their own wages (they have just increased by 70 per cent). And the police and some politicians who are complicit in drug trafficking. Millionaire commissars, who steal the naphtha from patrols and their cops have worse weapons than criminals.

If you have 12 million state employees, 5 retirees and 2 who receive plans, 19 million people who do not work and live on 13 million taxes. A country where there are more disability pensions than in Germany (which lived 2 World Wars and has more inhabitants.

How can you be efficient with state employees who,  by law , cannot be kicked out? They take medical leave for years. Those who cannot force themselves to train or change tasks without their consent? That there are so many, obviously, they earn two pesos. And they don't have any incentive to improve. That's why when they don't “drop the system,” they look after you like you're a trash? Jobs not taken by competition of the best, if not by accommodation or family bond.

A country that makes things difficult for people. Above all, SMEs entrepreneurs. Which is 80% of the country's productive force. With millions of paperwork still being done, in triplicate. Enhancing the inoperance of the state.

An economy with such distortive perverse taxes. Encouraging evasion. Evade. Which doesn't cost us much to do. In a country with a negative trade balance. And fiscal deficit. That is, we buy more than we sell and spend more than we have. If you did the same thing in your house, you're going to indigence in a year.

A state that was fighting with the two largest producers of wealth in the country: the countryside and  Vaca Muerta .

Macri maybe didn't know how to solve many problems. With such a picture, the question is who could. And we pretended him to do it in three years...

The future President will have the same problems. Perhaps you will find a slightly more efficient State from the paperwork (there is now a Secretariat dedicated to that). Public works that solved floods in the Province of Buenos Aires and  Santa Fe . The rail freight system working and impacting on exports. Family signations distributed by the ministry and not by pointers. Operational armed forces. Drug trafficking in combat.

But the economic problems, which are the big challenge, will be the same, except for the trade balance, which will find it in balance. And with this dollar value, with great chances of growing. The field to the full. And Vaca Muerta growing strongly (we stop importing gas, and we're exporting it). But a lot is missing.

If he's Alberto, he'll have the big advantage of a majority Congress. Excellent. The trade unions in favor. Great support. It's not a little. If it's Alberto, I hope he's the best president ever so far. For everyone's sake. From our children. The possibilities, you have them. You just have to lower inflation and generate jobs and poverty almost zero. We should demand him a lot, if it's Alberto. Eye: not the first year. It's going to take a little over a year to correct the economy.

But before we demand him, we must change ourselves. Thinking 2023

The country is behind in the international framework. The world is moving fast, while we step back at a giant step.

In 2023, once the country is arranged, we have to think of a sustainable model for the world. A country that has something to offer. Or we'll have another Venezuela.

Think about it and agree on what it will be like. And move forward. That can not be done by a President, nor a political force alone. We have to understand that we all have to agree. Because it's our lives that are at stake.

Of course, for that, we have to stop voting with your pocket. Vote with ethics. And to Argentines, we don't care about ethics. We care to be the most alive. We value the goal more with the hand than the one who eluded to 6. We think the shortcut is always better. What is that shortcut like, it doesn't matter. Because we don't have ethics. Or our ethics is crap.

As always, if we don't change ourselves, we cannot demand anything from the government on duty. Nothing. Even less, ethics.