Home Argentine Editorial Being Argentinean, a feeling we can't stop

Our federal and positive site in the eyes of Alejandro Fantino, Mariano Iúdica, Luly Salazar and more artists and journalists. A 2020 growth and overcoming. And tomorrow will be better! 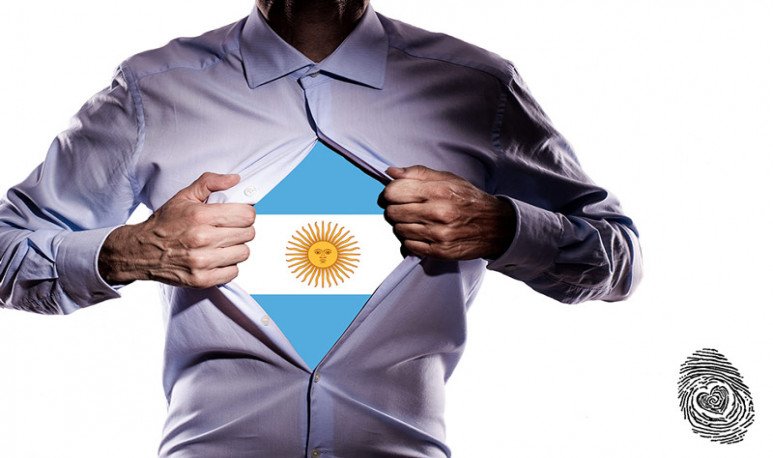 This dream that we call  Serargentino.com  in a little over two years won the attention of a wide national and foreign public. No doubt. With original articles, columns and dossier focused on the best of the country, on good people, it reached peaks of 50,000 daily visits.  Coverage of the death of Diego Armando  Maradona , or the Special on the  Day of Tradition , between other highlights of 2020, had an exponential circulation in networks , with several notes shared on YouTube, Facebook, Twitter and Instagram around the world. A frank and enjoyable style, which enhances collective values and dreams, caught the attention of readers and colleagues. Our journalists were interviewed in major media. And open television was not alien to the phenomenon  Serargentino.com , with widespread mentions in the widely watched programs of  America TV ,  Fantino a la Afternoon and  Polemic in the Bar.

“ A place that highlights things well ours with a different look,” Alejandro Fantino started on our portal, which always seeks to connect from emotion with a country that we do among all. In that sense, Alejandro and team toured the headlines of the day, the jocosa “Are Rosarinos Comegatos? ” or the tanguera “Juan D`Arienzo, El Rey del Compás”, and stopped in the  tourism tab, one of the strong bets of this federal spirit platform . There Alejandro's heart of Santafesino could more and the recommendations came with the date that emerge from the notes on  Cayastá, Julio de Martini, and the  Route de la Leche , Miguel Cabrera. The renowned ESPN journalist also highlighted the social action of the Santa Fe localities that make up the dairy basin; to which Luis Ventura pointed out the relevance for Argentine sport in these towns and cities, particularly in basketball. In addition, the panelists discussed the santafesino coastal circuit that extolls the gastronomic culture of fish, and the little known options in Rafaela. It was only in viewers to check  Serargentino.com  and discover an unpublished and wonderful Santa Fe.

Later, in the evening, the  controversy table in the Bar  was put together the big controversy.  It seemed that the angels of Minguito, Fidel, Portales and Porcel were flying short, they also live in national DNA . And no one was looking outside. Mariano Iúdica presented a version of the spot starring Mike Amigorena and launched the so Argentine coffee debate “God and the Devil Define by Penal” recalled the lyrics of Divididos and each took a stand with the vehemence that identifies us. From a corner Gastón Recondo assured that the phrases of our devil's socarrón definitively defined today's Argentine being, while Chiche Gelblung stated that “we were ever better than that in the country of Borges.” “What does his detractors have! “, restructured Recondo in the style of a clown well jacket. Luly Salazar and Rocío Oliva added voices to a debate that Iúdica put more and more spicy Dale play!

Being Argentinian, one of the sites that grew most in the pandemic

We are the only digital media that deals with all Argentine issues from emotion, with a lot of information and quality in its content, with a federal and positive look in various languages. We proudly specialize in exploring argentinity from the senses and passions. Here you can find the highlights of the day, new notes every morning on tourism, gastronomy, shows, art and culture, music, history and much more.  Lali  can share section with  Horacio Lavandera.  Or  Jessica Millaman, the chubutense trans hockey player who won a historic achievement for this sport, with Maradona. We are an Argentinean site for Argentines and the world. All and all.

Distinguished in 2019 with the Mercury Prize in the Culture category, for the quality and focus of his notes, we work daily to position our idiosyncrasy in the farthest and most remote latitudes. We want to explain and share a passion. Because serargentino.com is a feeling. And we can't stop.