Home Argentine Editorial 30% of the poor

30% of poor guys who believed the story, operations, destabilizing maneuvers, done without thinking about the country and less about its people. 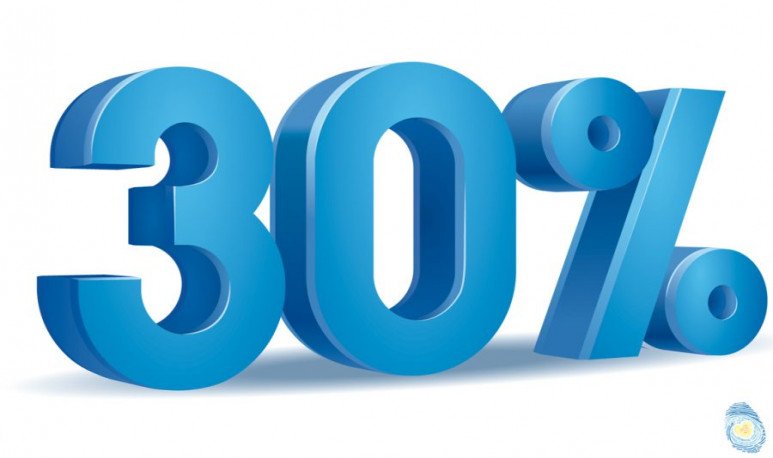 The K never reached 30% of the population. Numbers have been enlarged since before they became government. 30,000 missing, which were 6,900. The estate of presidents K increased 800 times (800) since he was governor until  she  left the presidency. 100,000 people at the wake of  him , when there were no more than 20,000. They turned around and put themselves in the queue again. The increased numbers of  public works ; that is, what was above invoiced of the market price. The $9.6  billion  paid to the Paris Club, instead of paying $6 billion. And, of no, 30% of the votes they never had, except for re-election of him. Another lie. But that's not important.

What matters are two things. One is the number of people who think of them as an option.

It's the most alarming. Because I wonder, and the K electorate should do it sincerely: a person who has 15 cases open to justice, serious, very serious, something must have done... in some must have acted wrong.

A former president who has half a former cabinet in Cana or with causes such as the tragedy of Once (51 dead),  La Plata  (90 dead), something wrong did.

A project that was called national and popular, and left 30 per cent of  poor people . That brought them into the lack of education to enslave them. That is not a viable country project. A project that closed our doors  to the world , in the middle of the 21st century. The president's daughter, who never worked, with $6 million in a safe. But we were forbidden to buy them. The provincial and national states full of  gnocchi .  Drug trafficking  throughout the country. With what that means for young people. And what results in people's safety. Corrupt cops. Corrupt judiciary.

The most alarming thing is this. A supposed 30% of people who agree with all this. That is not a story, but proven facts. How do you think a country can be thriving and grow like this? Don't you see what happens in  Venezuela ? 6,800 dead, opponents. 1 million% inflation a year. Yes: 1 million a year. 150,000 Venezuelans exiled in Argentina alone.

30% of people deceived with things like Football for all for free, who paid it on the cable bill, not discriminated against. We imported gas, having  Vaca Muerta  unexploded!

The other important thing is moral.

But good. Everyone has their morals. The thing is to live with a corrupted morality. I wonder how the K has the courage to criticize things like the Mercosur - EU agreement signed, among others, by countries related to the project of him and her, such as Bolivia. Criticize infrastructure works. They're going to be there for 50 more years. Departure from the stocks. The non-issuance of currency. To have returned to international markets. Relations with developed countries. Be competitive again, thanks to transparency and low costs (FFCC vs trucks). Which means more exports, jobs, new factories.

How can you have the evil of screwing with people's pain, doing operations like Santiago Maldonado's? The  CONICET  with false scientists saying they were going to lose jobs (they didn't have). Oh, pouff! against Prosecutor Stornelli for investigating corruption K. Light bills of sidereal figures, which were actually for debts or workshop consumptions. Militants who appear in both acts and then criticize the Government as if they were ordinary citizens. Also the lesbian girl who goes to trial for hitting a cop and they say it was for a kiss on his girlfriend. And that of the cold: in River, 150 refugees, when in the city there is idle capacity for 2,000.

Really, someone in their right mind can evaluate the alternative of voting for people who do these things? For me to rule the country? It's smooth and simply crazy.

Until that assumption 30% does not understand that such a country is unfeasible, we will remain stuck by the  crack . Because the crack is moral. And there is no return from the lack of morals.