Sebastian Costa was born in Bahía Blanca, but his love for the red earth made him take off his imagination. That's how Chim Pum was born!, an original proposal. 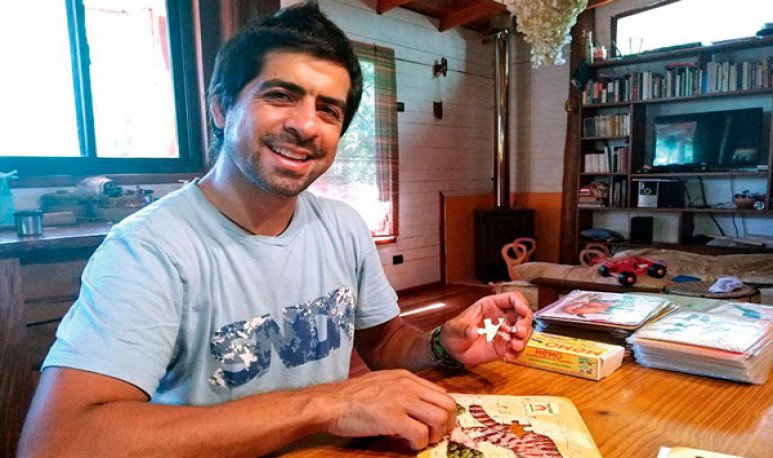 He is a  veterinarian  and since  2009  he has been  one of the collaborators ad honorem of the Yaguareté Project  . There, his tasks focus on catches of yaguaretes, pumas and other indigenous carnivores in the region. But they do it to care for them, since from there they obtain biological samples that allow them to assess their health. In that context, it occurred to him to  start Chim Pum! Native Games , a project that  seeks to generate awareness and new changes in  Missions . Although he also intends to do it with the rest of Argentina. It is that its goal, in addition to entertainment, is for  citizens to know and recognize native species  through a playful activity.

Pandemic and the need to modify the collective chip

We can say that  quarantine and  wildlife defense  served as bridges for the initiative to take flight. Although the Bahian had been brewing the idea a few years ago, social isolation gave him the necessary free time. So, what was it that led him to imagine something like that? In principle, a  scene replicated  in several toy shops in the area. It turns out that one day he ended up getting tired when he saw that all of them could only get  didactic games with  animals  from other places . That wasn't what Sebastian wanted for his children. So he decided to take on his own a proposal for native games and the coronavirus collaborated by giving him the hours at home.

That way, Chim Pum was brewing! Native Games, which materializes in the form of  puzzles and memo test  with a great purpose. Mostly, to help meet the little friends of the  missionary jungle . However, it also teaches children in which other parts of the country they can be found. In this regard, the veterinarian argues that giraffes, elephants, pandas and hippos are very cute, but they  do not represent us . So the project aims to make it possible to delve into  our species , so particular and worthy of admiration. It also makes it possible to know which copy it is and to be called by name.

Thanks to Chim Pum! Native Games now recognize  the differences  between the overo lizard with a crocodile, or those of the yaguareté with the yacaré. Also, the activity is composed of species such as tapirs, poop water, red face, yaguarundís, Andean cats and common magpies. They all live together within the world created by Sebastian, which  focuses its eyes on the inside of our country and not on the outside .

Sebastian said that the initial proposal was to work with animal cartoons. However, it was difficult to contact drawing professionals. Until, in the middle of his free time, he took the opportunity to check inside his wildlife books.  The next step was to select, collect images and then contact the authors and editorials . The latter was necessary in order to request permission to use these figures. Of course, when I tell you about Chim Pum! Native Games, they were given to them free of charge, as they  were delighted  with the idea. In turn, the games have the  names of the works and illustrators  so that everyone knows where they come from.

As for the memo tests, the Bahia was in charge of assembling the description of the animals. Always with a view to making known details of the varieties of species that inhabit the missionary jungle. This one features 20 pieces of  wood , while puzzles are 8 or 16. Sebastian currently has 30 different drawings and plans to expand the collection shortly.  The family of Chim Pum! Native Games is growing bigger and with stellar additions . Simultaneously, knowledge comes to the children's tables in a playful way.  Welcome creativity in times of quarantine .

La Aripuca, a tribute to the Missionary Forest