Home Argentine Cambalache “We are a ballet loving town”

“A present State is the only one that allows for opportunities” 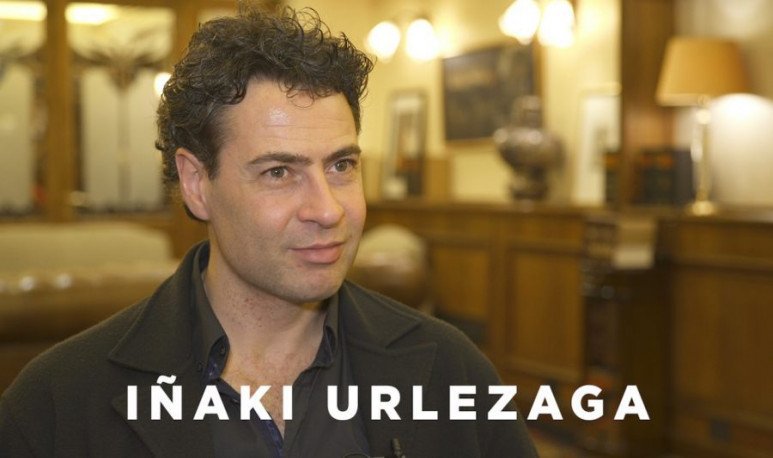 In the month of Iñaki Urlezaga's  farewell  from Teatro Colón, there are no times for tears amid a strenuous final tour, which will take you all over the country until early 2019. “Back the Columbus after twelve years is first to recognize a space that changed a lot, from the goalkeepers to those rehearsal places that do not exist anymore,” confesses the eximio dancer who launched from our great hall to the main ones in the world, with an outstanding performance in the decade-long Royal Ballet in London. “I am now rediscovering a human part of me that had been covered with the search for perfection” says who wears the dance in his veins and hanging the dancer's costume only, because “I don't believe in decay on stage”, he says, promises more  projects  as a choreographer in a vital stage where he exclaims “I don't want to keep anything.”

A few years before shining at the Dutch National Ballet in Holland in 2006, Iñaki realized a  vocation  of choreographer which later became several successful pieces such as the” Tales of Chopin” and “Swan Lake”. All of them driven assures by the same themes that feed their projects since he was a child playing in the evenings platense, “a relationship, an injustice, an illusion” .A few months after the controversial dissolution of the Ballet Clásico Nacional in his charge, “a pity because we are a people & Aacute; vido and lover of ballet but huge differences and inequalities still persist between a Buenos Aires aspirant and one from the Interior,” he admits resigned by the decision of the former Ministry of Culture, Iñaki makes it clear that “a present State is the only one that allows to give opportunities”.

The National Ballet as Support and Containment

When the National Ballet was created, back in 2013, the idea was to bring dance closer to different spaces and social strata. That he could travel around the country and give opportunities to applicants who would otherwise not have them. Through auditions and under the management of Social Development, it was that dance came federally to open doors.

Later, starting in 2017, the National Ballet changed its body and went under the Ministry of Culture. The reasons why the determination of the closure of the ballet was made are not very clear. The truth is that it means the loss of  work  for more than fifty dancers, staff and teachers.

Impotence, sadness, desolation are the first words that came to my head yesterday when they communicated to me from the Ministry of the decision to go down to the national dance ballet. The “anger” of course also emerged in me because I am a human being, and just as the ocean was formed drop by drop, this Ballet was forming day by day, it certainly lacked much to grow, but it was also much that was achieved in just 4 years of existence. How can I not get angry or reveal myself in the face of the decision that I consider most contrary to art? Why was the space not strengthened instead of removing a source of work and place of expression achieved only with effort and quality work? Why was it not decided the alternative of building betting on a young and different company model in a country that has a huge vacuum in national classical dance? This last option would have been perhaps the most difficult way to travel, the most laborious because you have to have a decision to undertake it and decision to carry it out, but the work put on stage by this company was well worth it and the fruits collected would be many. How can I not feel empty as an artist and Argentinian after everything I know that the members of the company gave so that the country has a national space for classical dance and was being built with “Danza”? It only remains for me to thank every dancer who betting on this space auditioned before the Ministry's call to enter by score to be part of the Ballet, the technicians, teachers, production, kinesiologists, pianists, orchestras, who have passed through this space for the classical dance of my country because I could see with my eyes and my heart what they have given day by day to form something of quality, serious, professional and clean, especially clean. Not a single day I was absent from work so I can talk and tell it from the inside, and every day I went to work I did it thinking about what else I could bring from my experience to make this company grow and flourish on the right path. Thanks also to every theater, institution, conductor, choreographers, set designers, costumes who have accompanied us and helped to give everything we could do, and finally I do not want to fail to thank the public that made this company a unique and unrepeatable place to dance, exhausting every space in which the Ballet was performed, being faithful from Palpalá to Ushuaia.