When changing the scale of the house to less square meters, one eventually has to get rid of things and keep only the essentials. 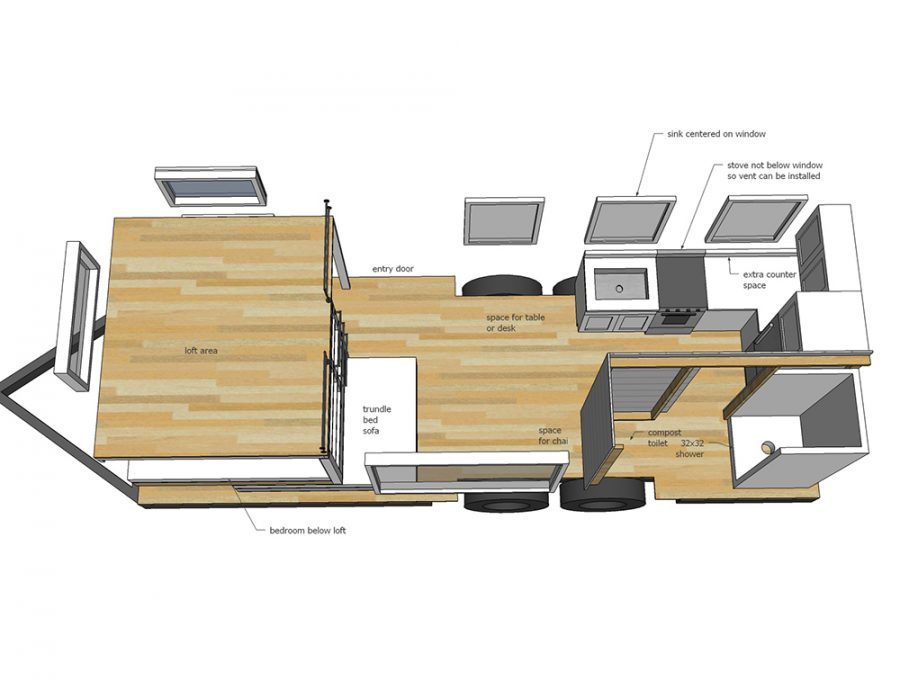 By: rrecondo
"Less is more," said Mies Van der Rohe and so many others, applied to everything. However, in architecture it is debatable. This phrase applies according to which is the least and which is the most. Let us be positive and concrete. The "minimalist wave" (see documentary "#Minimalist" on Netflix) is expansive and chevere. However, applying it is controversial. By changing the scale of the house to less square meters, one eventually has to get rid of things and stay only with the essentials and something else. Choose. Change. Why? For something flexible. What is something flexible? Something that gives you more freedom: economic (they're cheaper) and physical (they're transportable). Flexibility in architecture - and in life as well - is to be able to change something so that it can return to what it was, or not. It is malleability. An increasingly strong concept, and it will be even stronger in highly densified cities. The more people and space remain the same, the higher the price, and the more people seek to pay the same. Thus the habitat evolves, added to technologies and behavioral changes. A tiny house is a very small house, can be mobile or fixed, consisting of a living-dormitory, an integrated kitchen and a bathroom. Windows where the cupboards leave a space and a unique essence. The smallest start in 15 square meters. In a "typical" house, 15 square meters are taken by a good bedroom en suite with dressing room and not much more. The most modern have water self-management systems and solar panels for energy. In the United States they are worth between 30 and 80 thousand dollars depending on the degree of sophistication. They are useful for young travelers and those who do not want to mortgage for life. Wait... Can you imagine a car parked in a corner of CABA? They're usually located in fields, campgrounds or lake shores when you travel this way. They are still not very close to the cities but... Something remarkable is the concept of architectural functionality that requires the greatest design thinking and flexibility of use.

Painting with the heart

A woman with a swing

Tutorial: How to dance a simple Chacarera?