The old Palace of Justice, the Normal School No. 2 and the former Police Headquarters, reference buildings of a past architecture.

In the midst of the daily vertigo we travel, sometimes we don't notice seeing and observing buildings that make our city's  history  . Only in recent years have they been preserved a little more and there are ordinances on this issue. Remembering an expression by Hegel: “Everyday, daily, does not attract attention and that is why it is unknown”,  Rosario  is inexorably fulfilled. In the past the pickaxe took with it, relentlessly, buildings full of history, meaning and  beauty . But the passage of time has increased the conservationist trend. That is why we still treasure real architectural  wonders  that adorn the streets of  Rosario  .

The Palace of Justice

The idea of its construction was the Catalan  Juan Canals  who started it in 1889, through a project by the architect and engineer H. Boyd Walker. Its builder offered to carry out the work on the condition that he was granted the operation of an office for 30 years. In the tower exhibited a unique  clock  in the country that was brought from Paris and that was similar to others existing in Berlin and Moscow.

On the side facades there are   sculptures  of Domingo Fontana and the interior was decorated by the famous painter Luis Oh, Levoni. It is a unique example of the eclectic current of the end of the century. It is implanted in half an block from an “E” scheme, with a central body and wings that enclose two courtyards surrounded by galleries. The composition of the facade expresses the profusion of elements of the  French  and  Italian  language.

Composition that offers an interesting sample of  iconology  and  symbolism  . While important loggias are developed on the external side facades, both on the ground floor and on the upper floor, on the main façade the “ aesthetic harmony ” is marked by the entrants and protrusions that are rhythmizing the different planes. The classic mansard, crowned by zinc crestry, finishes the roof of the pavilions that, on the main façade, flank the great clock tower, an element that marks the symmetry of the work and which is the one of greatest significance not only of the building but as a  reference  for the city. The building was built in the first months of 1892 and still under construction.

From its empowerment until 1960 it was the seat  of the Provincial Courts of Rosario , also accommodating the offices of the Bar and College of Scribes. 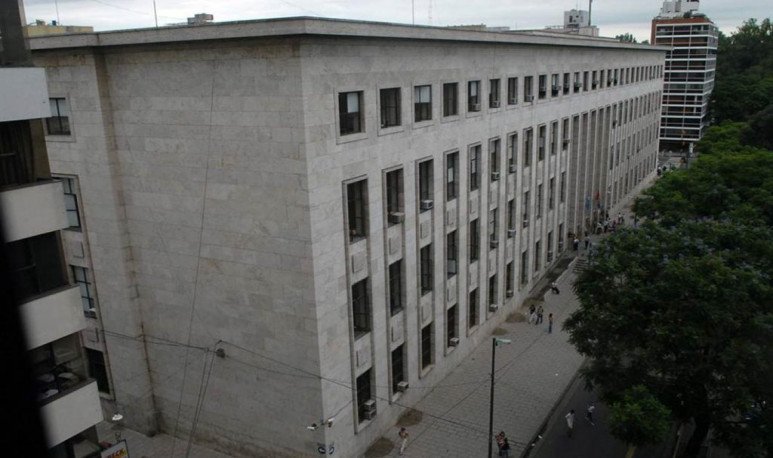 In 1905 the block was completed with the construction of the former Normal School No. 2 “ Juan María Gutiérrez ”, today Provincial School No. 35. The project was by French engineer Augusto Plou. In 1910, the country was preparing for the celebrations of the great anniversary of May in its first century, and in its  homage , in different parts of the Republic the doors of twenty teachers training schools were to open. The Normal School No. 2 is part of the history of the Nation's normal schools, which were created with a  mission : to train teachers to educate the new generations of an increasingly large immigrant population in Argentine society.

The building has the honor of being the first of the buildings that the provincial  government  built in Rosario for school headquarters, its fundamental stone dates back to 1904. This school building still retains the characteristics of  “palace-school”  with monumental columns, arcades, capitals and its refurbished auditorium. Pride of architecture in its time, it was called “Central House of the Schools of Rosario” where the large  Public Library of the Province would be installed. In 1910, a process of nationalization of a school was opened that would culminate in 1994, with the transfer to the province, restarting the cycle that has us today as protagonists.

It keeps in the library four huge murals made by the artist  Alfredo Guido . In 1928 the building on Santa Fe street was expanded and the Juan María Gutiérrez passage was enabled that divides the Palace of Justice with the School, today closed to the pedestrian crossing. On the initiative of Dolores Dabat, in 1936 artistic drawing was taught there by Vicente Rafael Barone. One of the buildings worth visiting in Rosario. 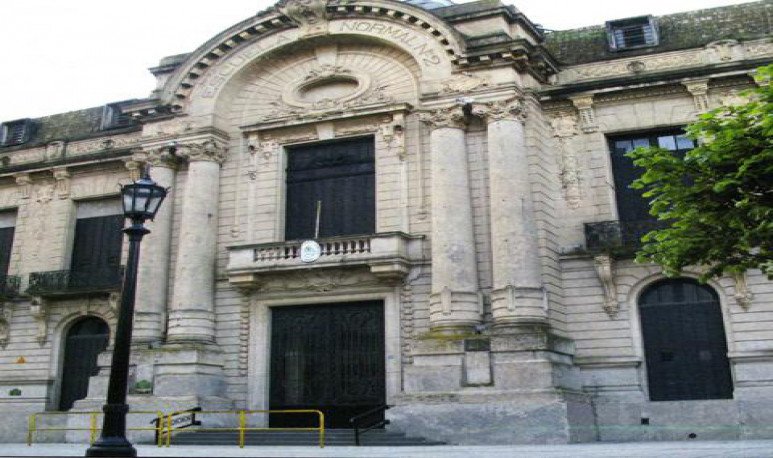 In front of Plaza San Martin is another  emblematic  building in the area: the Palace of the former Police Headquarters. It was designed by the architect Manuel Torres Armengol in  German neoclassical  style and opened in 1916. Today it is the seat of government in the province of Santa Fe. Work began in 1909 and occupies the entire block bounded by Santa Fe, Moreno, San Lorenzo and Dorrego streets. Declared Rosarino Architectural Heritage it is framed within the architectural period  Eclecticism Academicism  and with the Degree of Protection 1 b, Category A. This work of great span, was organized on three levels around a  central courtyard  with large entrance gates through the streets that converge it.

The gigantic bronze doors on the main entrance via Santa Fe street give way to an immense  hall  that has an imposing ceremonial staircase that links to the upper floor, where the  activities  of the provincial government delegation are currently being carried out. The building stands out for its symmetrical composition and its columns are used as visual and non-structural resources.

It has on the main staircase a large mural in  vitraux  of the provincial shield. It boasts at the top of the frontispiece a quadriga of remarkable dimensions, called “ El Auriga ”, a work made in direct cement with frame belonging to the sculptor Guillermo Gianninazzi where the artist Erminio Blotta also collaborated. It was carried out in 1914. But time passes and  changes  are inevitable. However, the inexorability of such modifications does not imply that a certain spirit should not be respected.

The preservation of  buildings  is a key task if you aim to keep alive the charm that every metropolis provides to have its own personality.