They say Buenos Aires is the Paris of South America and we love to believe it's true. 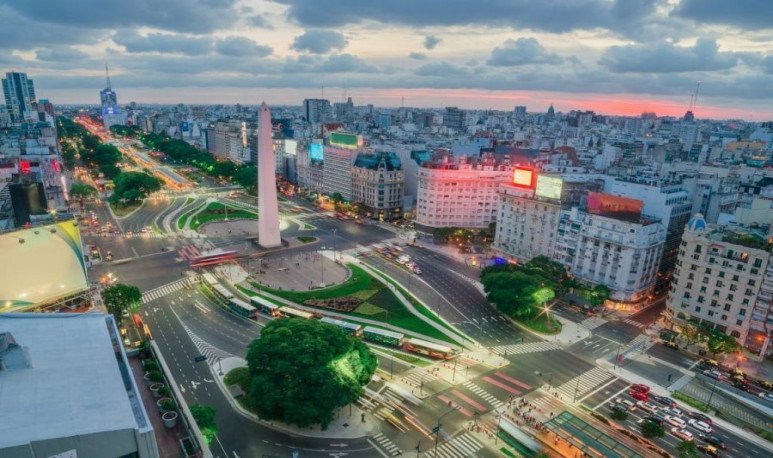 They say Buenos Aires is the Paris of South America and we love to believe it's true. Since the end of the nineteenth century, we grew with our eyes pointing to Europe, doing everything possible to look like it. The  architecture  of the city is a reflection of this, and it is real that a sense of Parisian  déjà vu  invades us when we walk through some corners.

That European claim, in turn, made us gain some reputation as proud and conceited among our Latino brothers: they see us different or, at least, they see that we intend to be. But the reality is that although we believe ourselves Europeans, we are scandalously Latin Americans. We share the same story and the same evils.

The same colonization and liberators themselves. The same dictatorships and the same democratic processes. The same debts. The same third world reality. Each with its particularities, among Latin American countries there are more things that unite us than those that separate us. In our madness to look like Europe, we discover ourselves more South Americans than ever before.

Transoceanic longings only slow down the development of our own identity, with our history, our enchanting diversity and our beautiful land. What would happen, then, if we turned the equation? We would realize that what makes us special, unique, is precisely our condition as South Americans and, above all, Argentines.

The 5 Buenos Aires palaces that have Paris in their foundations

There is no other  Latin American  city where there are so many French-style mansions, which at the beginning of the twentieth century instituted the idea of Buenos Aires as the Paris of Sudamé rich. More than 100 palaces were built on Avenida Alvear, the most aristocratic avenue in the city. The goal of this was to give the city a Parisian style, but more imposing and striking.

Palacio Paz (also known as Palacio Retiro) is one of the largest residences, with more than 12000 m2, and most luxurious in the city. It is located on Avenida Santa Fe to 750, in front of Plaza San Martín. He belonged to José C. Paz, founder of  the newspaper La prensa  and Argentine ambassador to Paris between 1885 and 1893, who after living for many years in France was embelsed with his cultural refinement and technical progress.

This pretentious project is a faithful reflection of  Beaux-Arts  architecture of the early twentieth century, was inspired by the French  châteaus  of the time, but set on a more urban terrain, unlike the great Gauls castles.

Currently, and since 1938, there is the headquarters of the Military Circle, National Military Library and Museum of Arms of the Nation, but when it was inaugurated in 1914 it was intended for family use. However, its owner, José Camilo Paz, could never make use of the mansion because he died 2 years before the completion of the work.

The Errázuriz Palace, built by French architect René Sergent for Chilean diplomat Matías Errázuriz and his wife Josefina de Alvear, is one of the most elegant mansions in the city of Buenos Aires.

They say that the family inaugurated the house -in 1917- with a gala that was remembered by the Buenos Aires high society of the time. The Errázuriz-Alvear resided in the building only twenty years. In 1937 it was acquired, with the best part of its furniture and decoration, by the Argentine State. Today there are the Argentine Academy of Letters, the National Academy of Fine Arts, the National Museum of Decorative Art and the National Museum of Oriental Art. Thanks to this, it is the only French-style mansion in Buenos Aires open regularly to the general public.

The Duhau Palace was built in the early 1930s by Architect Leon Dourge following neoclassical lines of French influence. It is mainly inspired by the  Château du Marais  and is located on Avenida Alvear al 1661.

In 2006 it was converted into a five-star hotel - the Duhau-Park Hyatt - with 165 rooms 3 restaurants and a bar. Only those who are staying in one of its luxurious rooms or, in any case, those who book to eat or have a cocktail in their gastronomic spaces open to the public can enter. A remarkable place is the terrace overlooking its splendid staggered gardens over the natural relief of the ravine.

The Ortiz Basualdo Palace is an exponent of  Beaux Arts architecture, with the circular portico and the corner dome overlooking the  Carlos Pellegrini square. It was designed in 1912 by the French architect Paul Pater, for the marriage of Daniel Ortiz Basualdo and Mercedes Zapiola.

It was about to be destroyed when in the late 1970s it was almost dismantled for  the widening of 9 de Julio Avenue , but survived thanks to protests from the neighbors and the French government.iquest; why France? Because the mansion has been since 1939, after the death of Daniel Ortiz Basualdo, the headquarters of his embassy in Argentina.

The building is one of the most opulent in  Buenos Aires , and a sample of the architectural eclecticism that enchanted the upper classes that formed the Argentine government until 1916. The style can be framed within the tax in the Second French Empire, and the polychrome ceramics and abundant ornaments on the facade stand out.

Shocking on its exteriors, this construction is pure shell: inside there is only a huge tank from where water was supplied -at the beginning of the 20th century - to the whole city.Inside, today are the offices of the nation's water supply company, and the Museum of Water and Health History.