This is one of the most beautiful walks in the city. Winner of the Edificar Awards 2018. A megawork for the whole family. 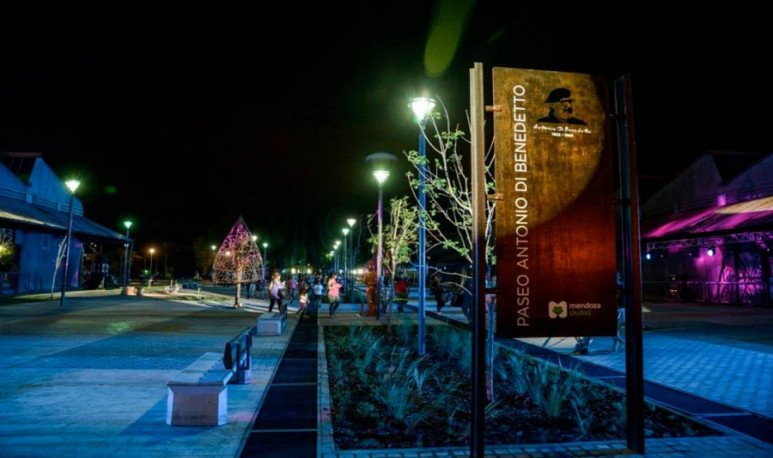 Public space and its value.The Paseo Di Benedetto is the public and cultural space located between the Cultural, University, La Balscula and Creativa, in the Central Park. It contributes to forming a cultural pole, in addition to honoring and recognizing the writer and journalist from which he takes his name.

The Municipality of the City of  Mendoza  was recognized by the  Edificar Network , with the  2018 Building Award , in the free category (for works greater than 500 meters built) by the megawork of Paseo Antonio Di Benedetto. This award awards the work of local architecture built and seeks to encourage and give prestige to the work of Mendoza architects.

The aim of the Paseo's work was to revalue it from the point of view of its functionality and aesthetics. The space has an  approximate surface area of 7690 m2 (32 m wide by 250 m long). The project raised an architectural resolution that integrates the Naves, forming a space of common access to both buildings. In turn, he solved the union with the Central Park with the link to the existing bridge by means of a staircase and ramp.

The intervention proposed a disjointed grid of different  floor treatments, lighting, landscaping and urban equipment . The realization of this project also allowed the technical resolution of storm drains in the sector, as well as to solve landscape and functional issues in the megawork.

Spaces with different textures , materials and their transitions with lighting in height generate forests of lights that guide the user and provide allusions to the writer's famous book  “El Silenciero” . This encompasses topics such as the transition, the lurking noise of the city, the search for silence, pause and the auditory experiences of the park. 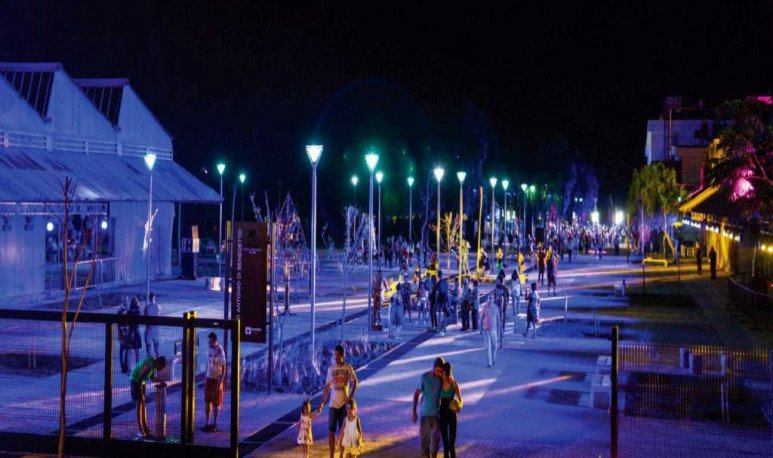